Lenovo is back with its latest installments in the X1 ThinkPad lineup, revealing the 2021 ThinkPad X1 Carbon, X1 Titanium, and X1 Yoga laptops. There’s a lot to like about the new line, which builds upon the company’s previous successes with its incredibly popular X1 series, the most interesting model being the X1 Titanium Yoga laptop with its thin profile and titanium shell.

The product family’s most popular model, the ThinkPad X1 Carbon, returns with its redesigned ninth generation, this one bringing the familiar X1 Carbon appearance with some notable design tweaks and what Lenovo calls ‘an array of improvements for the end user.’

Users can expect a larger battery offering up to 16 hours of run time; the laptop supports up to a USB-C 65-watt charger and includes Rapid Charge. This model packs a 16:10 screen ratio with multiple display options, each at 14-inches in size.

There’s an HDR400 panel with 100-percent DCI-P3 and 4K, as well as multiple Full HD options, all with 100-percent sRGB coverage, one with touch support, and one with ePrivacy and a brighter 500 nits over the other offerings’ 400-nit brightness. 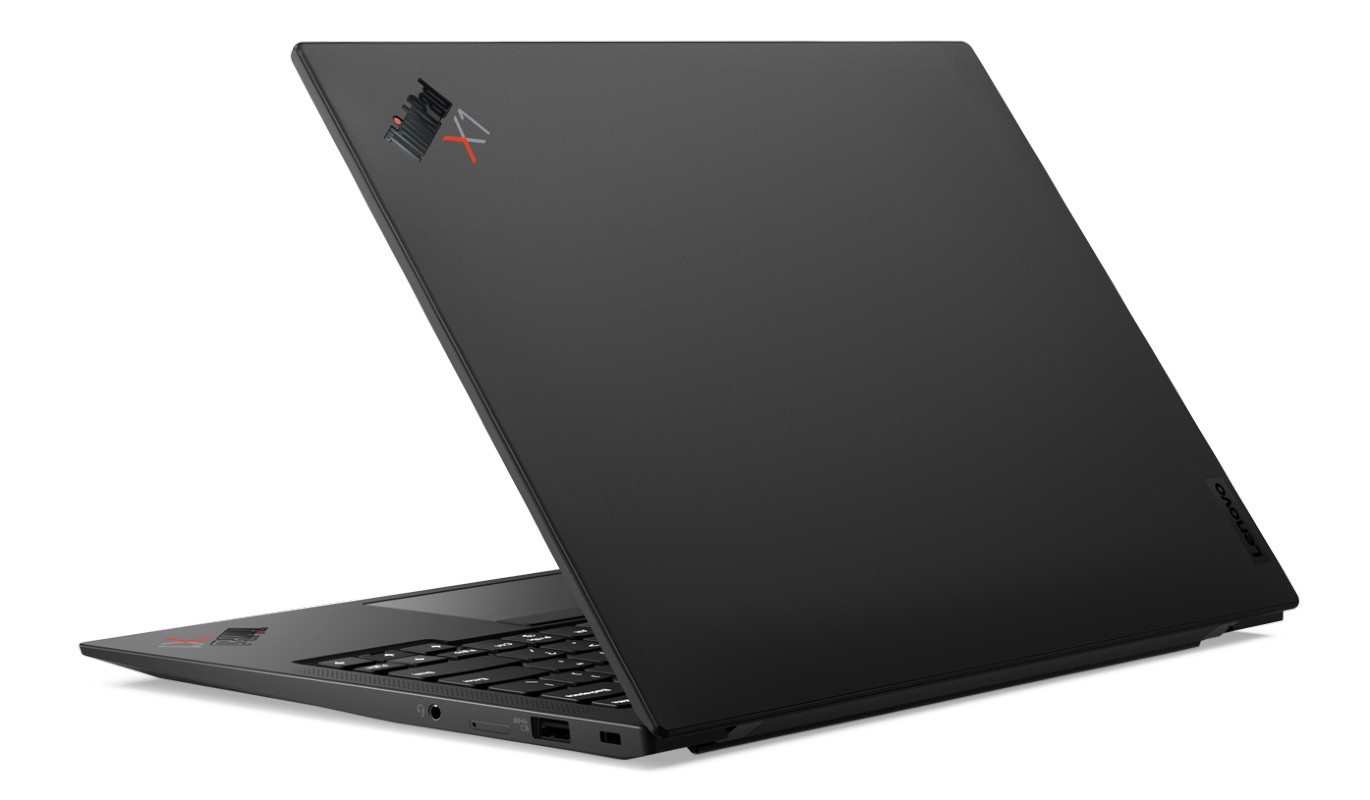 The X1 Carbon is quite portable with a profile measuring 14.9mm and a weight starting at 2.49lbs. The model brings many of the same features we see on the new X1 Titanium (below), including up to the 11th-generation Intel Core i7 vPro processors, Intel Iris X graphics, as well as more memory and storage options at up to 32GB/2TB.

This model likewise has multiple camera options, including an HD RGB with IR camera and an HD RGB camera without IR; both feature a built-in privacy shutter. There’s also an HPD with IR camera option, this one lacking the shutter. Security features are extensive with a match-on-chip and power-on touch fingerprint reader, dTPM 2.0 chip, Kensington lock slot, and ThinkPad’s PrivacyAlert and PrivacyGuard.

Other features include a variety of ports, including HDMI 2.0, two Thunderbolt 4 ports, two USB-A 3.2 ports, an audio/microphone combo jack, optional nano-SIM slot, WiFi 6, Bluetooth 5.1, 4G LTE, and 5G. The 2021 ThinkPad X1 Carbon gen-9 model will be available to order in February with prices starting at $1,429 USD. 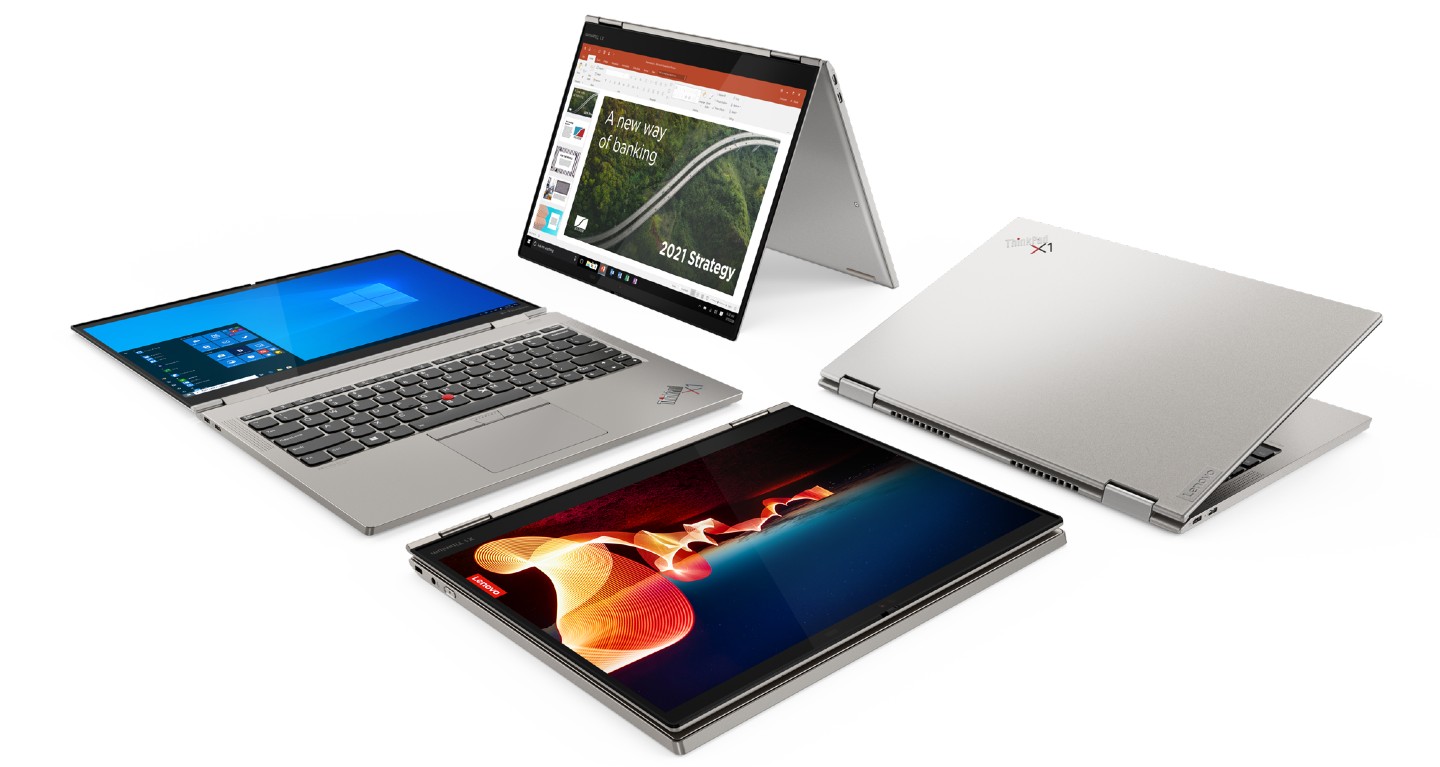 The ThinkPad X1 Titanium Yoga is Lenovo’s thinnest model in the ThinkPad line to date, making it a durable and highly flexible option for road warriors and others who need a high-end laptop in a portable form factor. As the name suggests, this model brings together the notable aspects of the X1 line, the Yoga flexibility, and rounds them out with a sleek titanium shell.

The X1 Titanium boasts an 11.5mm profile and 13.5-inch 2K touchscreen, as well as the full keyboard ThinkPad fans have come to know and love. Because this model is also a Yoga offering, users can rotate the display back into a tablet mode for use with a stylus.

As you’d expect from a ThinkPad X1 model, Lenovo has packed a number of features into this device, including up to the 11th-gen Intel Core i7 vPro processors, Intel Iris X graphics, an HD webcam with IR and an integrated privacy shutter, Thunderbolt 4 and USB-C, a match-on-chip fingerprint reader, dTPM 2.0 chip, human presence detection, WiFi 6, and support for LTE and 5G networks.

Configurations will be available with up to 16GB of LPDDR4x memory and up to a 1TB SSD for storage. The display is likewise notable with 100-percent sRGB coverage and Dolby Vision 2K offering a 2256 x 1504 resolution, 201ppi, and 450 nits brightness.

The ThinkPad X1 Titanium Yoga will be available to order with ths month with a starting price of $1,899 USD. 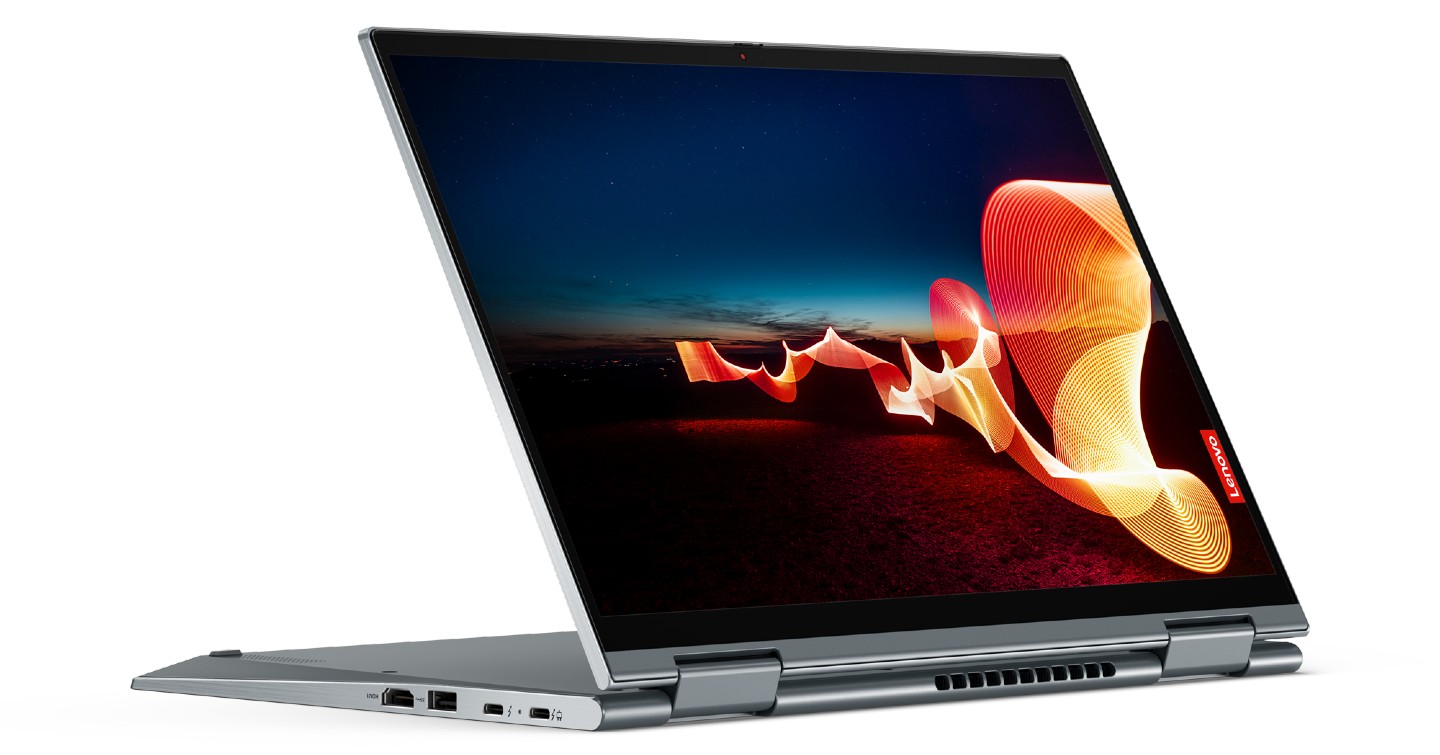 As expected, Lenovo is also back with the ThinkPad X1 Yoga, its flexible model featuring a 360-degree hinge for rotating the display back into ‘tablet’ mode. This model likewise brings a 16:10 aspect ratio display, also boasting a wider touchpad over the previous model, a larger battery with up to 15 hours of run time, and a dual-fan design.

Buyers will be able to get up to the 11-generation Intel Core i7 vPro processors, 32GB of memory, 2TB of storage, and either an HD RGB camera or HPD IR+HD camera, both featuring privacy shutters. The model supports rapid charging and packs some notable features for those who are working from home: four 360-degree microphones alongside Dolby Voice and a Dolby Atmos speaker system. 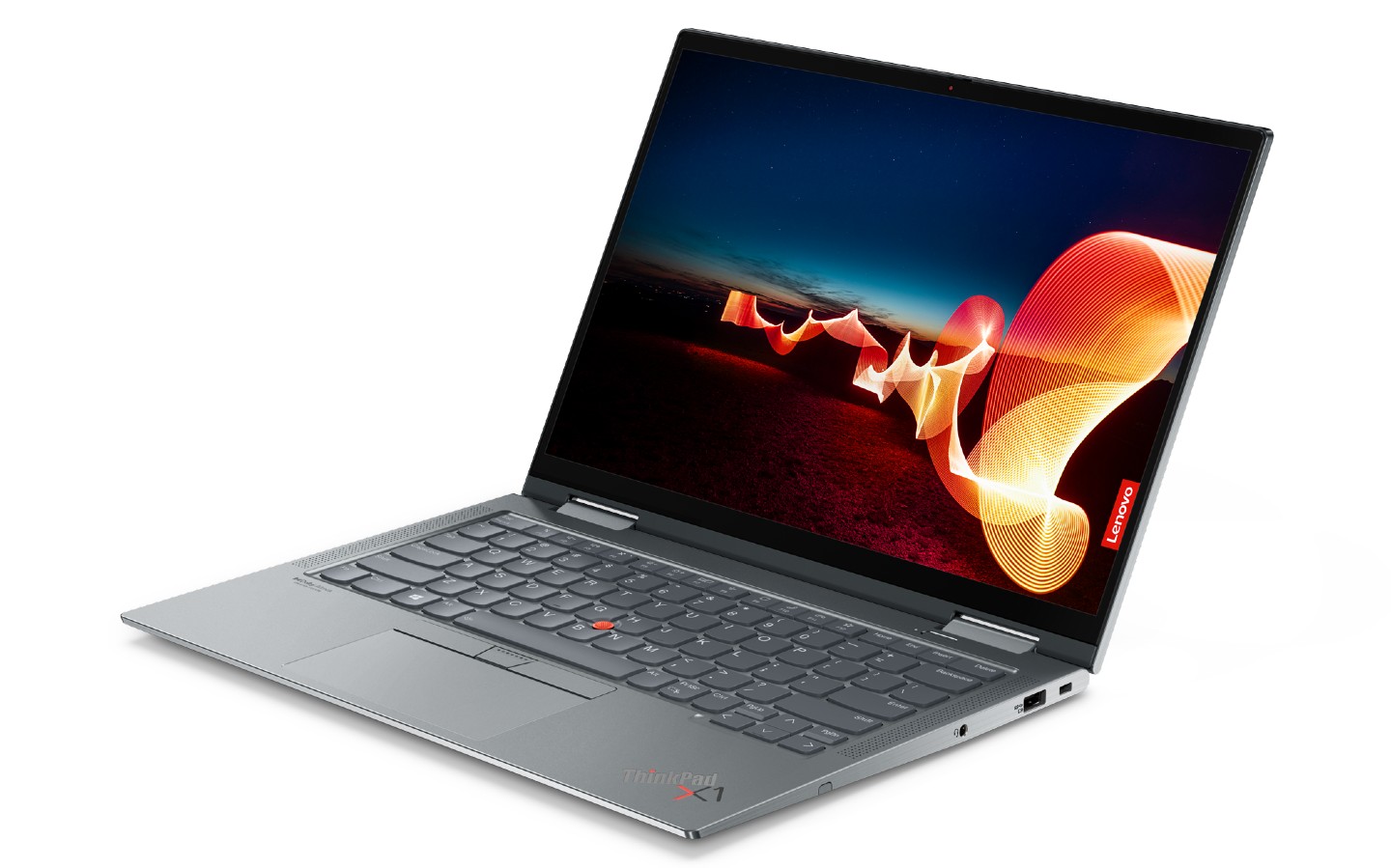 This model is made from aluminum and offered in Storm Gray; it isn’t quite as portable as its siblings but is still noticeably slim with a 3lbs weight and 14.9mm profile. The ThinkPad X1 Yoga will be available in February with a starting price of $1,569 USD.