The Sims 4 “Get to Work” expansion pack arrives in April

In December, EA announced the upcoming arrival of Game Packs for The Sims 4, the first of which was “Outdoor Retreat”. The Game Pack was akin to Stuff Packs, and it was promised that additional ones would be following in due time. That promise has panned out, and now EA has followed it up by announcing the first “Expansion Pack” for The Sims 4. This one is called “Get to Work”, and it brings with it three additional careers for the Sims, as well as an option for creating a business.

The expansion pack will be arriving in April, and in it — as you probably guessed from the pictures — you can be a doctor, which includes among other things getting to deliver babies, a Sims 4 first. One can also work in law enforcement, starting out as a cadet and working up through the ranks to become the Police Chief, doing all sorts of crime-related things in the meantime. 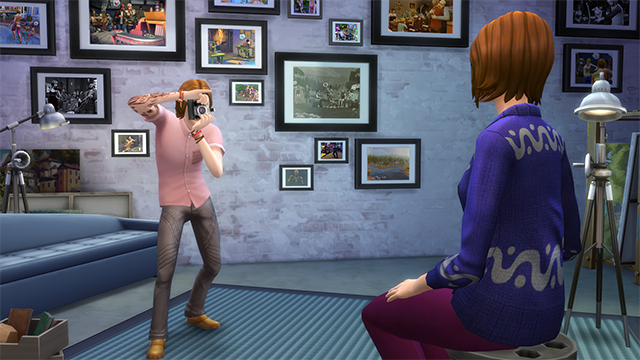 Gamers can also become a scientist (a mad scientist, by the sounds of it), which includes things like creating inventions, one of which being the “Sim Ray”. These players get the choice to be good or bad, using their inventions for the betterment or “torment” of the other Sims.

If none of those careers are appealing, you can also open your own retail business, the subject of which is expansive — it can be a bookstore, a bakery, a clothes store, or any other number of things. For the three big careers, gamers are given access to “fully stocked” areas like a police station to facilitate the career. Not surprisingly, there are some new skills that go along with these.

Oh, and aliens. EA says there will be aliens.