Nintendo isn’t abandoning its other handheld platform, the 3DS, just yet. If there were any doubt about its sincerity, then this latest announcement should banish that. Though it’ll probably earn some ridicule at this point. It has just announced a New Nintendo 2DS XL that is, as the name says, larger than the Old Nintendo 2DS. But don’t worry about how difficult it will be to use because Nintendo wisely folded the 2DS XL in half so that you could still comfortably hold it, despite the larger size.

OK, to be painfully blunt, we can probably call this the Nintendo non-3DS XL. Or, by the virtue of math, the Nintendo DS XL. Except that was used already, in the DSi XL or DSi LL. Well, as they say, a Nintendo DS system by any other name would sell as well.

When the Nintendo 2DS first came out, its slab design was mocked. But now that the market has gotten used to it, Nintendo decided to turn it around again. It had little choice, to be fair. The New Nintendo 2DS XL sports the same screen size as the 3DS XL, which would mean it would gigantic if left in its original form. Hence the new-old clamshell design. 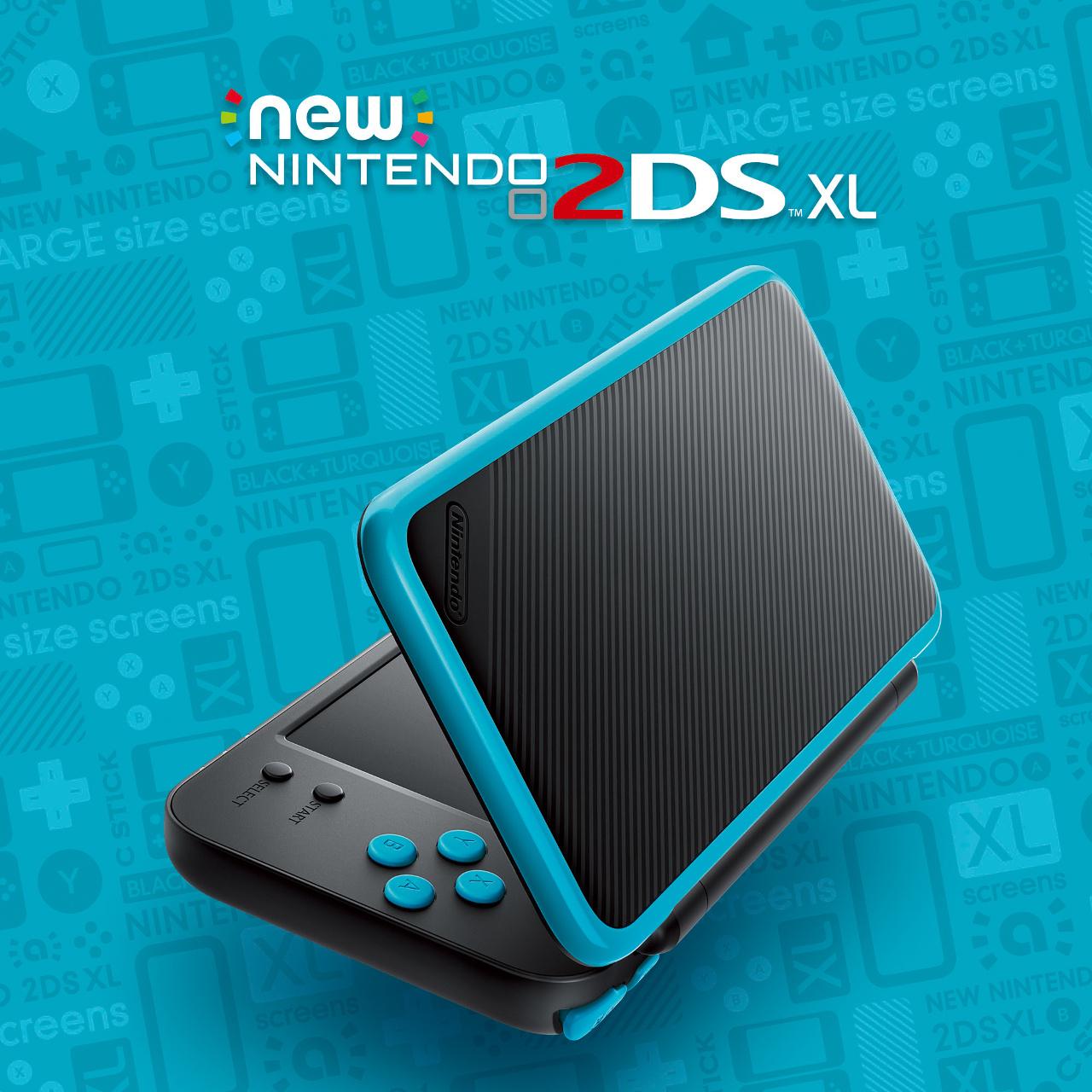 It still doesn’t have 3D though, which is partly how Nintendo managed to make the 2DS XL lighter than its 3D counterpart. The 3D thing didn’t really sell that well anyway. The 2DS XL still has NFC for amiibo support though, which does imply that the figurines aren’t going away anytime soon. Unlike Disney Infinity.

The New Nintendo 2DS XL is launching on July 28 with a still sweet price of $149.99. And when it does, it won’t be alone. That happens to also be the date when new 3DS, and therefore 2DS, titles launch, namely Hey! PIKMIN, which comes with new amiibos, and Mittopia. The 2DS XL will launch with a black and turquoise color mix but, being Nintendo, you can be assured there will be more colors and designs in the future.