Though I count The Legend of Zelda as one of my favorite game franchises, I’ve never properly played Link’s Awakening. When I was a kid, my Game Boy served mostly as a vehicle for Pokemon, and though I’d always heard good things about Link’s Awakening, I never actually gave it a decent chance. Luckily for me, Nintendo has remade the game for the Switch, giving me a chance to play it without having to bust out a decades-old handheld. For those who may be in the same boat, is Link’s Awakening a safe buy on the Switch?

That depends mostly on how you feel about The Legend of Zelda series post-Breath of the Wild. In the years before Breath of the Wild, the Zelda franchise stuck to a formula that was more or less the same from game to game. There were, of course, exceptions to that, but Nintendo’s modus operandi when it came to classic Zelda was to iterate rather than innovate with each release in the series.

That means we’re back to exploring dungeons for items that are necessary to progression, gaining access to more of the overworld map and, by extension, more dungeons with each item we find. It’s a little strange going back to the old ways after Breath of the Wild turned the franchise on its head, but it’s not an unwelcome return. After all, Zelda games were still very popular in the decades leading up to Breath of the Wild, and they were popular for good reason. 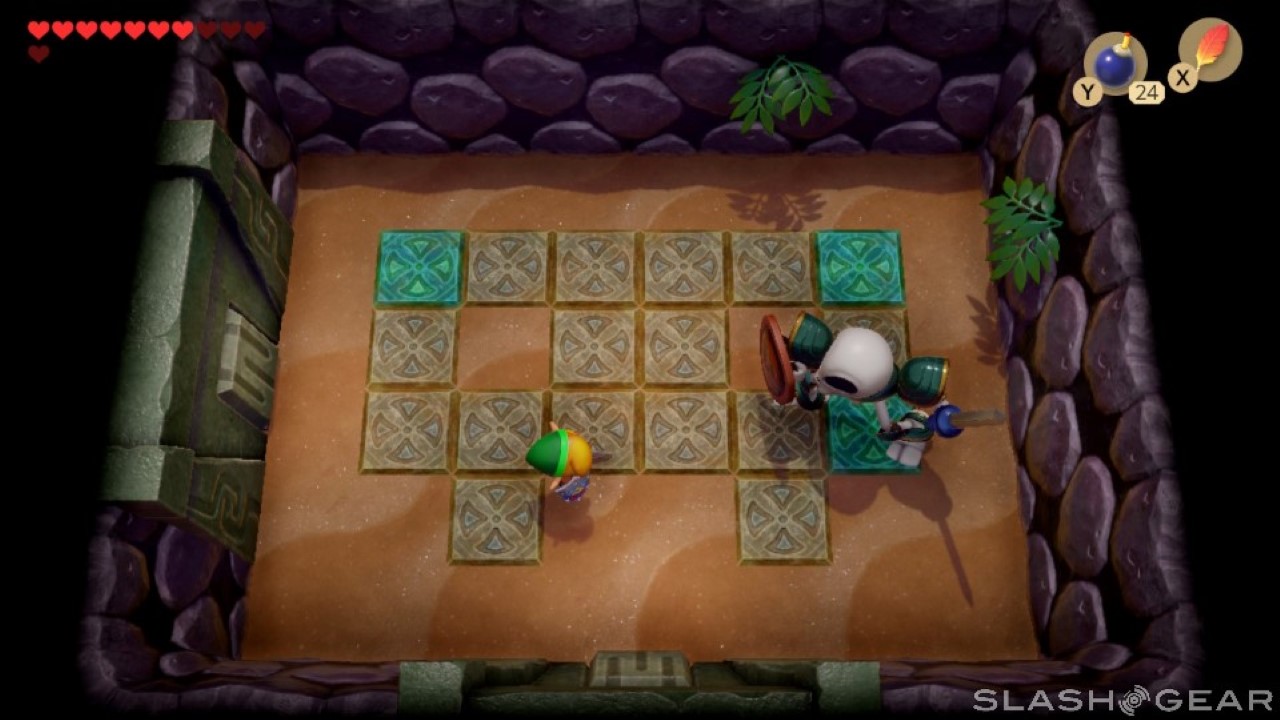 With that in mind, I think that the dungeons are a high point of Link’s Awakening, as they are in most Zelda games. While exploring the overworld can sometimes be a frustrating experience (especially when you’re not sure where you’re going), dungeons are always satisfying. They all offer a healthy amount of challenge, both in the enemies you’ll face and in the puzzles you’ll solve, and I generally walked away from each one feeling accomplished.

Challenge is another thing I want to touch on with this game, because it was surprisingly difficult at times. Link’s Awakening is not a game that really holds your hand from point A to point B. You’ll be directed to the general area you need to go to next, but once you get there, you’ll often still need to figure out how to open the path forward on your own. 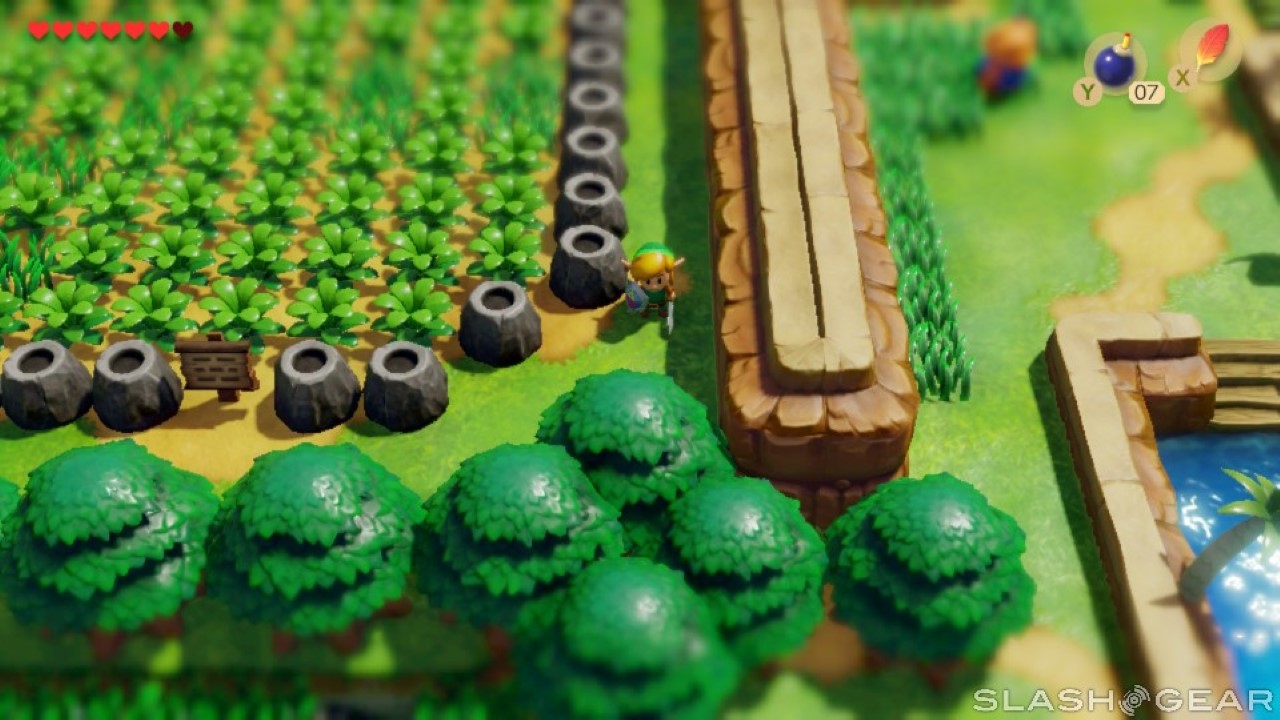 Obviously, those who have played Link’s Awakening in the past probably won’t have much trouble keeping the wheels of forward progress moving, but those who are new to the game might encounter a few head-scratching sequences. All in all, I’m generally a proponent of the idea that figuring things out for yourself makes a more rewarding experience than being guided step-by-step by quest markers, even if the former approach can lead to some frustrating moments where you aren’t sure what you need to do next.

Then we also have the fact that the encounters both in the overworld and in dungeons aren’t a cakewalk. There are some enemies that are easy to defeat or otherwise avoid, but there are also a healthy number of them that require some forethought, whether that’s using items other than your sword or being sure to actually use your shield every once in a while. That’s a-okay with me, despite my tendency to just spam sword attacks and hope everything works out for the best. 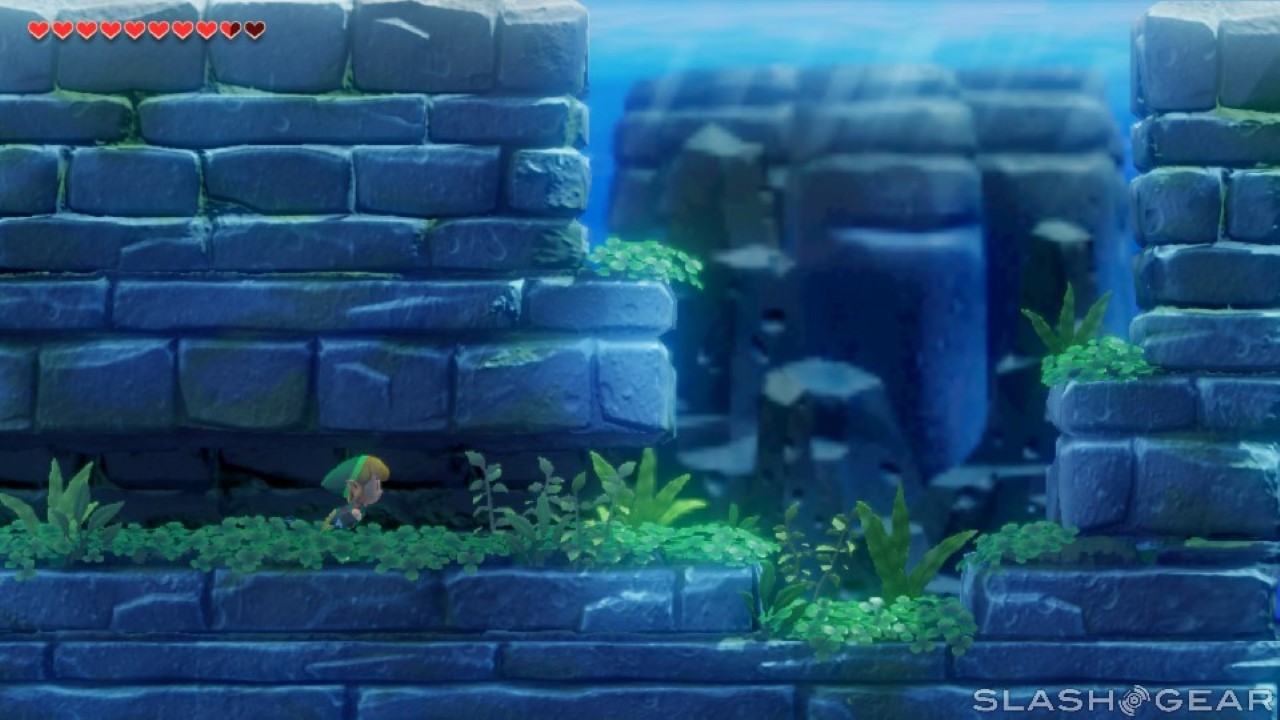 The biggest change from the original game is, unquestionably, the graphics overhaul. No longer are we stuck looking at monochrome 8-bit graphics, but rather we’ve got beautiful 3D sprites and environments. I love the look of this game, and I would love to see similar remakes for other, older Zelda titles. While The Legend of Zelda: A Link to the Past is wonderful enough on its own, I’d still be interested in seeing it get a remake like this, along with the original Legend of Zelda game.

Unfortunately, while I have no complaints about the graphics, it’s pretty clear that they’re more than the Switch can handle at times. I encountered frequent frame rate drops while playing, and they were jarring everytime they happened. It’s hard to imagine a game like Link’s Awakening pushing the Switch to the limit, but that’s apparently exactly what it does. It’s a shame, because those frame drops detract from what is otherwise an excellent aesthetic. 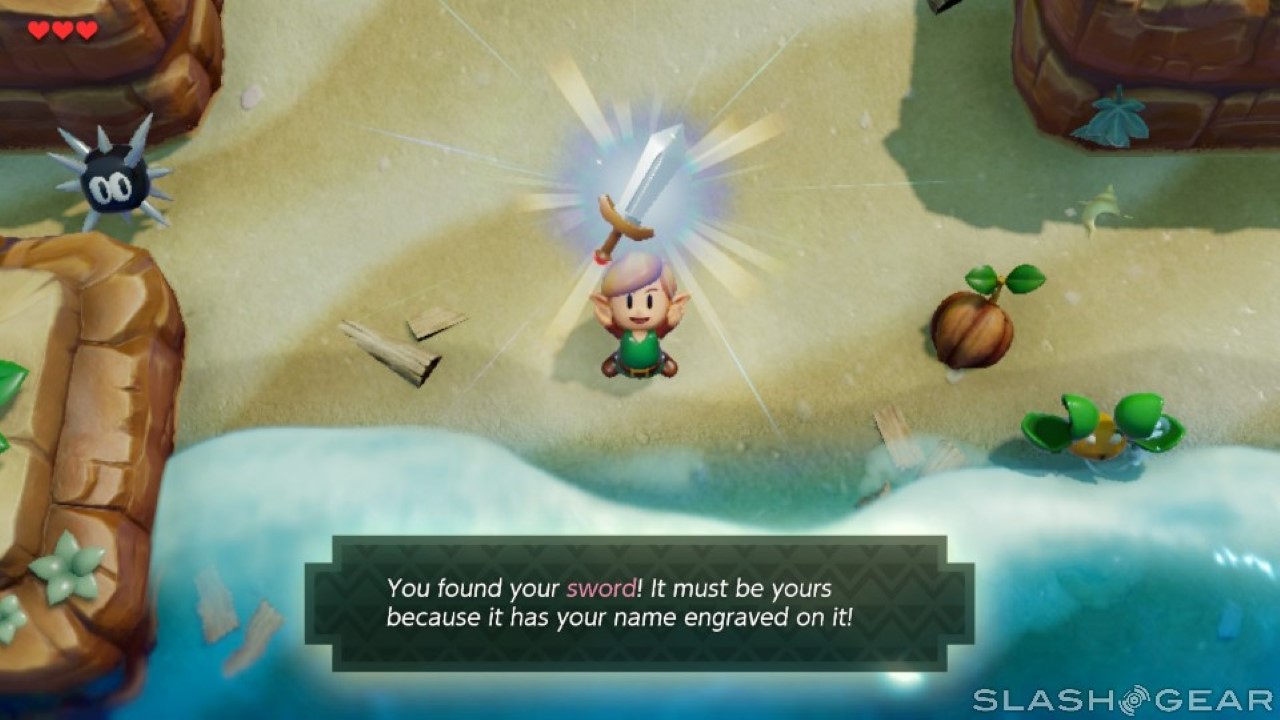 In a game as good looking and as fun to play as this one, though, it’s easier to forgive those frame drops. People who have never played Link’s Awakening and those who are looking for a trip down memory lane alike would enjoy playing through this game. I think Link’s Awakening is a fantastic title – not only does it look beautiful, but it’s a ton of fun to play and it’s one of the more intriguing and quirky titles from Zelda’s past.

I’m conflicted on whether or not people should buy this game right now, though, and that mostly comes down to price. Nintendo is charging a full $60 for Link’s Awakening, and the company’s games are infamous for never really getting deep discounts. Link’s Awakening is wonderful, but it feels like $40 is a more appropriate price tag for this game. 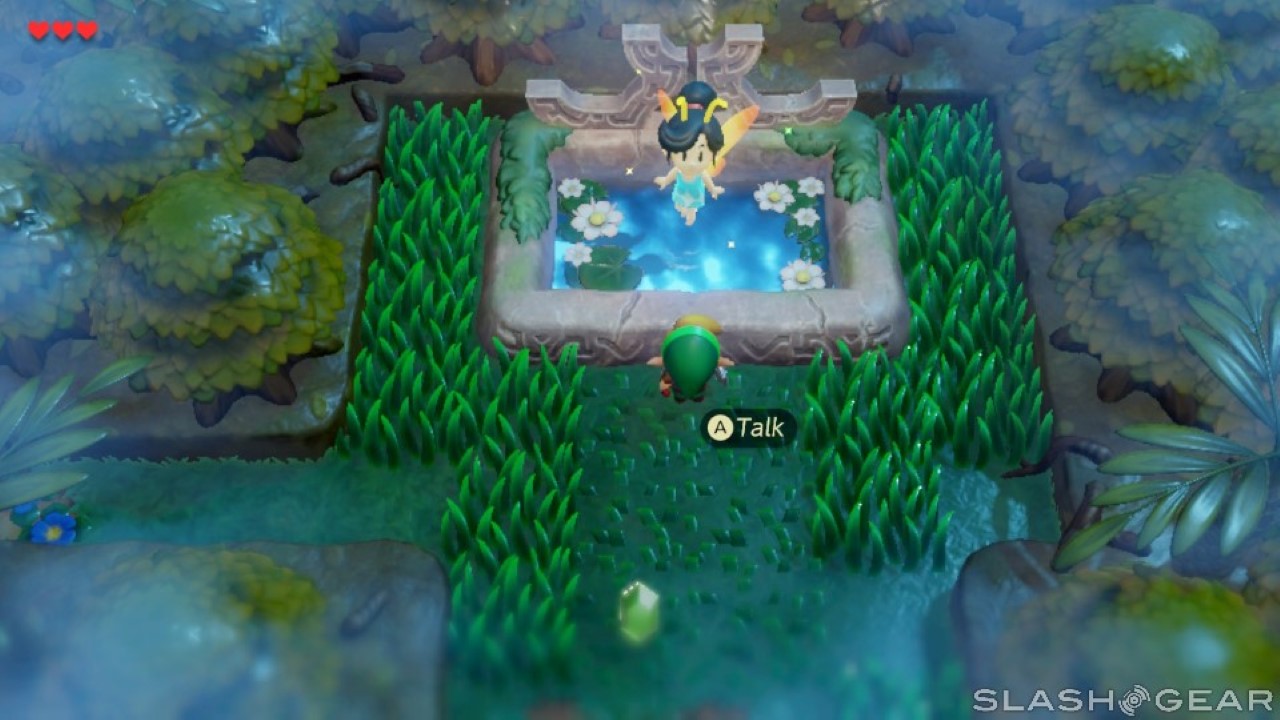 I think I feel that way because at the core, this isn’t a new game. It certainly looks new, but many of us have been through this song and dance before, and I think most people will probably get 10-15 hours out of Link’s Awakening before moving onto the next game in their backlog. Those who are chasing 100% completion can probably squeeze more playtime out of their save files, but the question remains: If you’ve played Link’s Awakening before, is it worth the $60 to play it again with a fresh coat of paint?

To be fair, that fresh coat of paint looks really good, and some additions have been made to Link’s Awakening on Switch. Those who enjoyed hunting Secret Seashells in the original will probably be pleased to learn that there are more to collect in this remake. The same is true for Heart Pieces – while the original Link’s Awakening maxed out players at 14 Heart Containers, the maximum number a player can have is 20 in the remake, meaning there are new Heart Pieces to track down as well.

The biggest addition is that of the Chamber Dungeon, a new feature that allows you to create your own dungeons using chambers from in-game dungeons you’ve already completed. On the surface, this sounds like a great idea – after all, we know how Super Mario Maker turned out, and Nintendo offering similar build-your-own tools for The Legend of Zelda‘s dungeons is an exciting proposition. 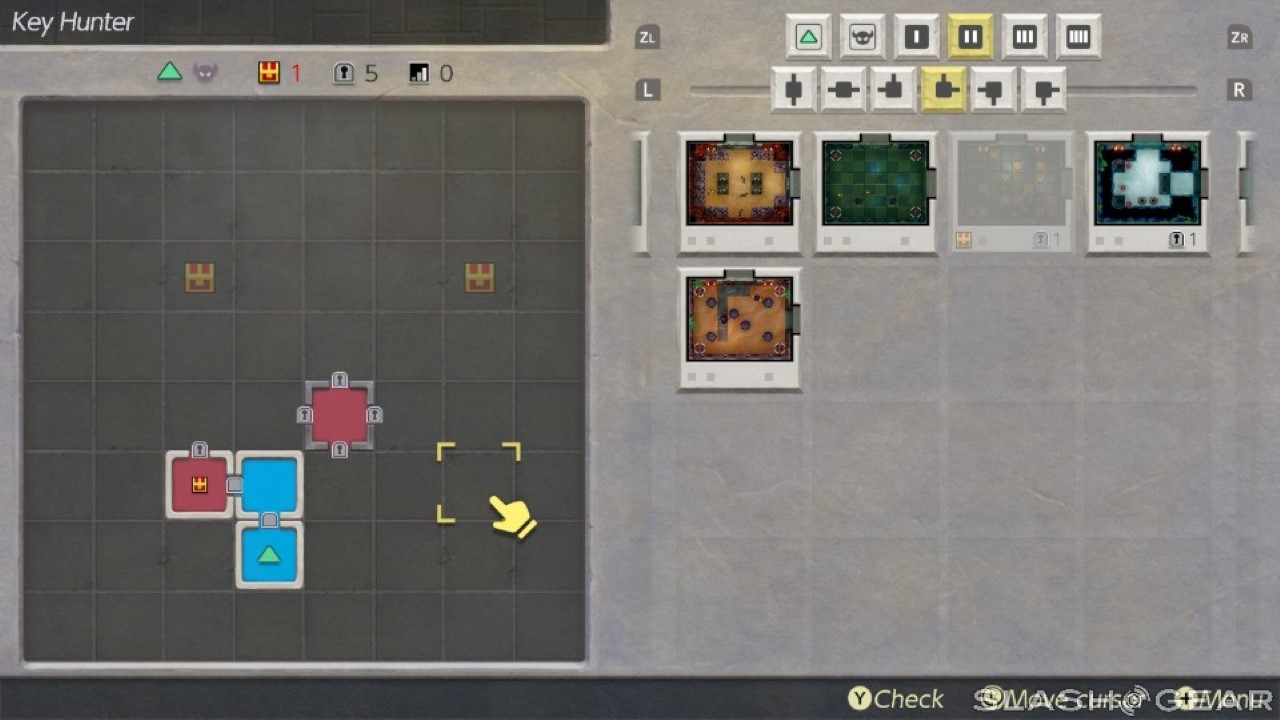 The problem is that the Chamber Dungeon in Link’s Awakening only goes halfway to being “Super Mario Maker but for Zelda.” While there’s a very healthy variety of chambers you can put in your dungeon, you don’t have the fine level of control that something like Super Mario Maker allows. Each chamber comes with its own set of enemies, puzzles, or environmental objects and there’s no changing that. If you want to use that particular room, you’re stuck with whatever its pre-made composition is.

For instance, if you want to add stairs and a sub-zone to connect two different areas, you have to place two chambers that contain stairs somewhere in your dungeon. You aren’t able to add a set of stairs to a chamber that doesn’t already have them, which is true for chests as well. Similarly, you can’t add enemies or locked doors either. You’re essentially just placing pre-fab chambers without much input on what those chambers actually contain.

The Chamber Dungeon feature is fun to play, though, and those looking to get every last minute of playtime they can out of Link’s Awakening will definitely enjoy completing Dampe’s list of Chamber Dungeon challenges. I have no doubt that people will still manage to create interesting dungeons with this limited toolset, but even if that happens, there’s no easy way for others to actually play them. 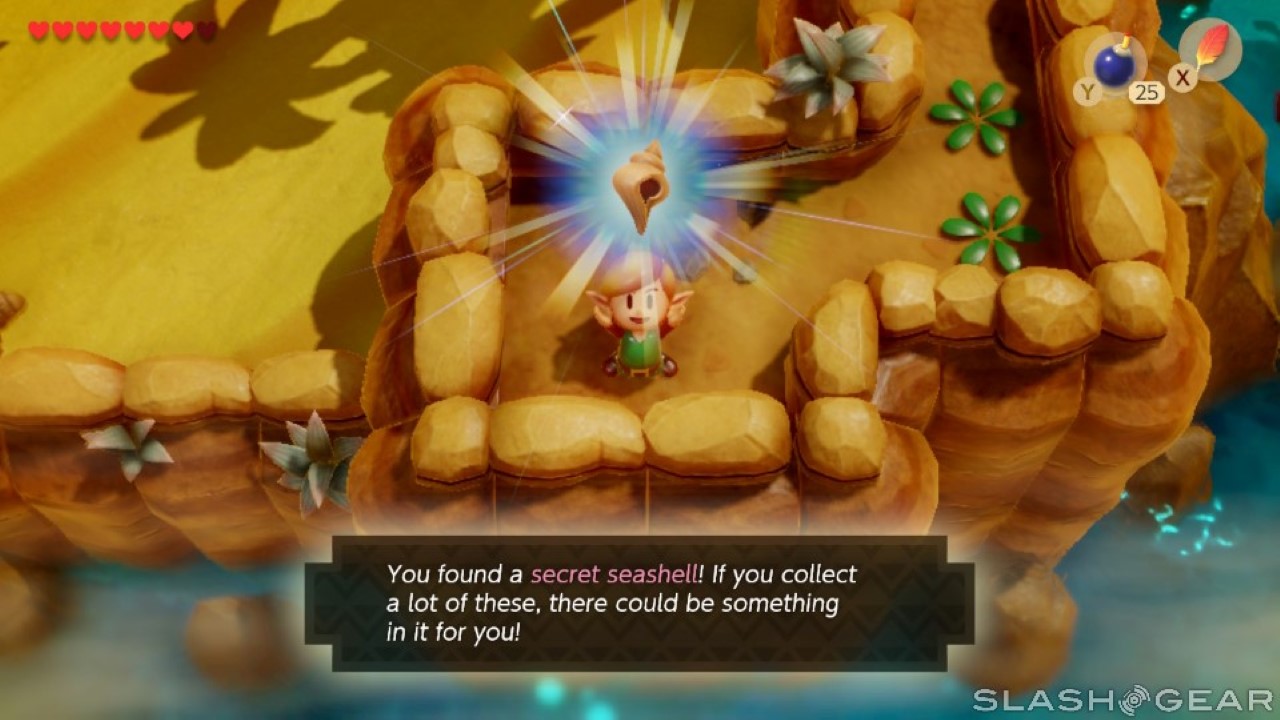 In order to share your dungeon with others, you’ll need to upload it to a Legend of Zelda amiibo first and give it to your friend, and at that point, it probably isn’t worth the effort. It would have been great to have some kind of online component that allows us to upload our own Chamber Dungeons and download ones created by other players, and I think such a component would have greatly extended the replayability of Link’s Awakening for a lot of people.

Granted, I don’t think Nintendo’s goal was to make “Super Zelda Maker” with the Chamber Dungeon, but I personally would love to see something like that happen. The Chamber Dungeon in Link’s Awakening only get us part-way there, so I’m keeping my fingers crossed for a standalone title that allows us to create Zelda dungeons from the ground-up and share them online.

The Legend of Zelda: Link’s Awakening is a very charming game that’s well worth playing. The graphics are beautiful, the revised score is excellent, and the game itself is a lot of fun to play. I have very few actual complaints about the game – the frame drops are unfortunate and I wish the Chamber Dungeon was more fleshed out – but beyond those, it’s a delight through and through. 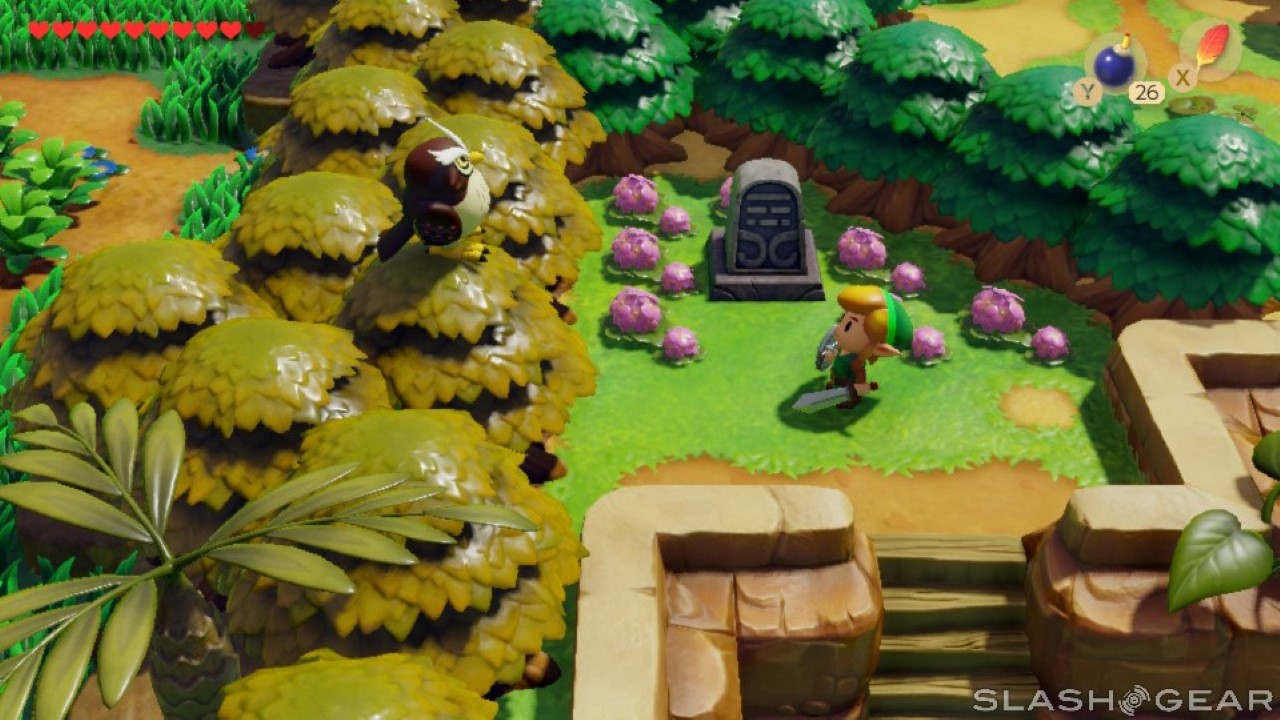 My one sticking point is price. If this were a $40 game, I would consider it a must-buy for the Switch and recommend everyone pick it up. At $60, it’s a safe buy for people who can’t get enough Zelda, but others may want to put their money toward something else for now and wait for a sale on Link’s Awakening.

I feel the same way about the various Wii U ports Nintendo released for the Switch in its early life – all of which were priced at $60 when $40 seemed more reasonable. Then again, the continued success of Mario Kart 8 Deluxe, which too has a $60 price tag and remains a perennial best-seller for the Switch, suggests that Nintendo knows what it’s doing on this front, even if I don’t always agree with the way it prices its remakes and ports.

Price aside, Link’s Awakening is still an excellent game that has a lot going for it. Regardless of whether you plan to buy right away or wait, Link’s Awakening is definitely a game that you should be sure to play at some point, because the work Nintendo has done to bring it into the modern era is truly impressive.