While there’s a fair amount of debate going on about Star Wars: The Last Jedi as a whole, one of the most divisive components of the movie are the presence of Porgs. Like Ewoks before them, Porgs represent the cute side of Star Wars, a side that’s proven to be controversial among some of the series’ most die-hard fans. While it’s tempting to think that Porgs were added to the movie just because Disney saw a new merchandising opportunity, it turns out that their development is a little more complex.

Beware: This article contains small spoilers for The Last Jedi

In a new interview over on StarWars.com, The Last Jedi creature concept designer Jake Lunt Davies sheds some light on the creation of Porgs. To hear him explain it, Porgs were developed out of necessity rather than a desire to sell as much merchandise as possible. While we’re sure the end result isn’t going to hurt Disney’s bottom line, it’s certainly interesting to hear why Porgs were created in the first place. 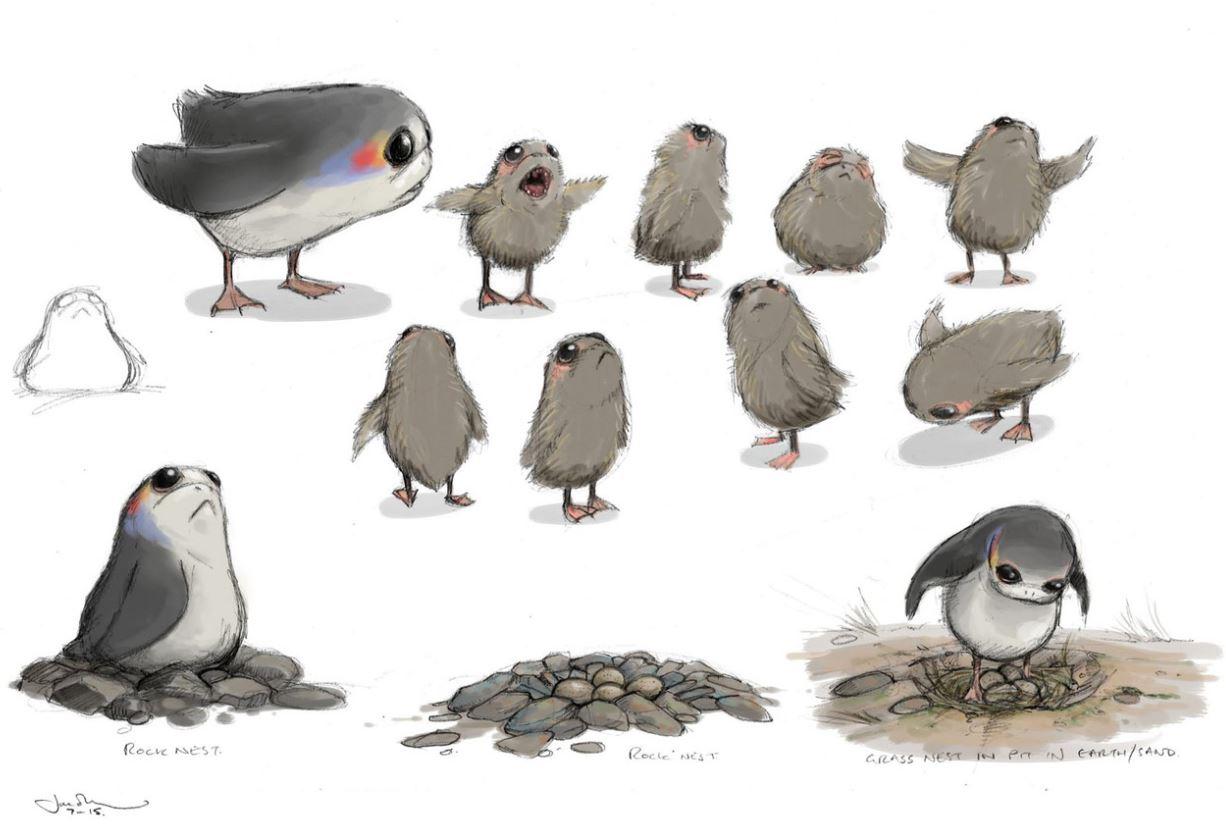 Porgs were born in large part because of where most of the scenes between Luke and Rey take place, known in the movie as the planet of Ahch-To. The real-life island of Skellig Michael served as the location for scenes on Ahch-To, but one big roadblock to production was the large number of puffins that live on the island. Since the production team couldn’t physically remove them from the island and removing them digitally would be time consuming and expensive, Rian Johnson asked the creative design team to come up with some indigenous species to replace them in the movie. 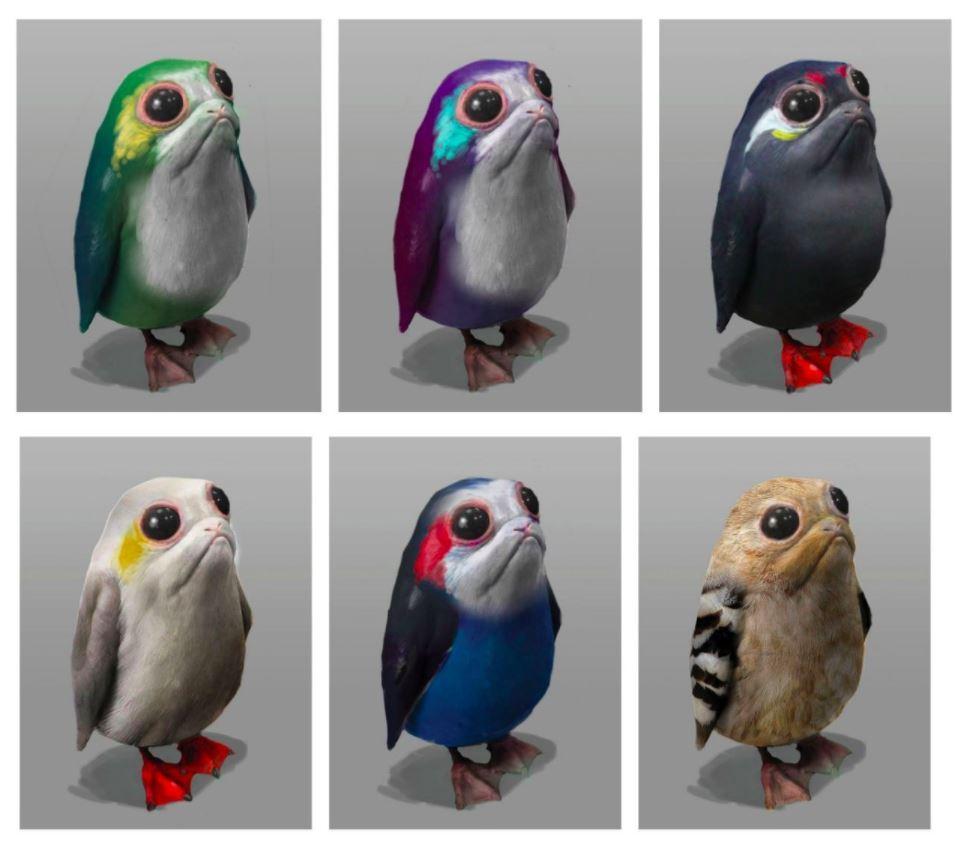 Thus, Porgs were born. The idea was to come up with a creature that matched the scale of a puffin, but toward the end of the design process, Porgs had also been granted some features of seals and pug dogs. While the design was fairly easy to arrive at, Davies says that they probably went through 50 different color schemes before settling on the final one, some of which you can see in the image above. 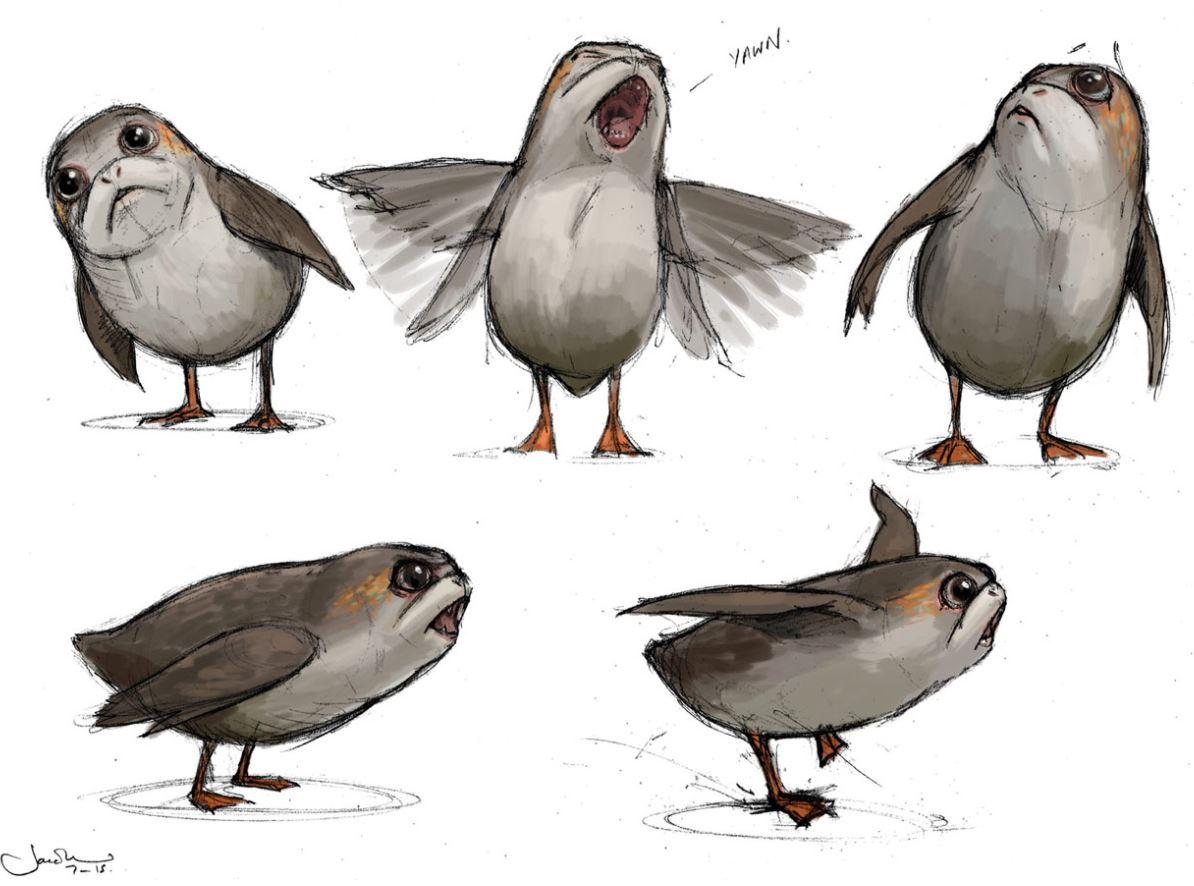 In the end, Davies didn’t expect to see Porgs become the sensation they’ve have in the time since the first trailer for The Last Jedi launched. Though they may not have as large as role in The Last Jedi as Ewoks had in Return of the Jedi, the way they inspire debate is certainly similar. Be sure to head over to StarWars.com to read the full interview with Jake Lunt Davies, as it gives you a good look at behind the scenes development for The Last Jedi.