The future of Star Wars is TV, not movies

Outside of the original trilogy, Star Wars movies have been something of a mixed bag. The prequels have been famously derided by almost everyone for two decades, and though the reaction to the sequel trilogy has been better, it also hasn’t been unified. The Star Wars sequels, particularly The Last Jedi, have been divisive films, and now that the trilogy is complete, there are a number of people who are left feeling like LucasFilm and Disney didn’t have a coherent vision for the sequel trilogy before they set out to make it.

If you’re left feeling indifferently or even negatively toward the sequel trilogy in the wake of The Rise of Skywalker, you definitely aren’t alone. When Disney announced that it was purchasing LucasFilm and promised a deluge of new Star Wars content, I was most excited for the sequel trilogy alongside many other people. Fast forward seven years later, though, and the sequel trilogy is arguably the most underwhelming product we’ve seen from this acquisition.

The sequel trilogy leads me to believe that Star Wars is better served through TV shows than it is through movies. I didn’t outright dislike the sequel trilogy – I actually liked The Last Jedi where a lot of fans seemed to hate it – but there’s no denying that Star Wars TV shows have fared better than many recent movies when it comes to the reception from critics and fans. 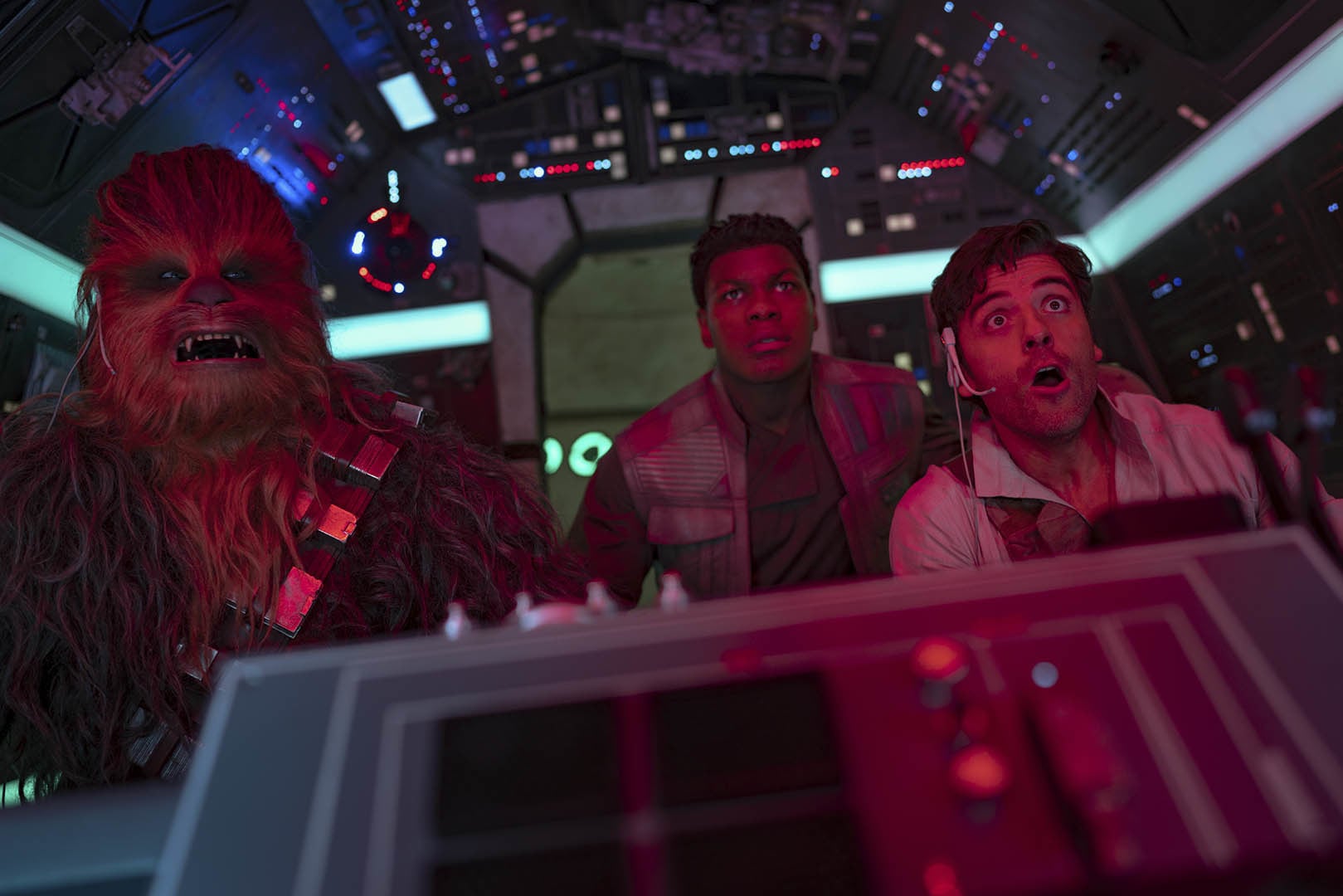 Granted, looking at user reviews on Metacritic is not a very scientific way to gauge favorability among audiences, and that becomes obvious whenever fans review bomb a movie or show for something that seems insignificant to those of us on the outside looking in. Whatever their reasons, though, fans have been more receptive toward something like The Mandalorian over the sequel movies. 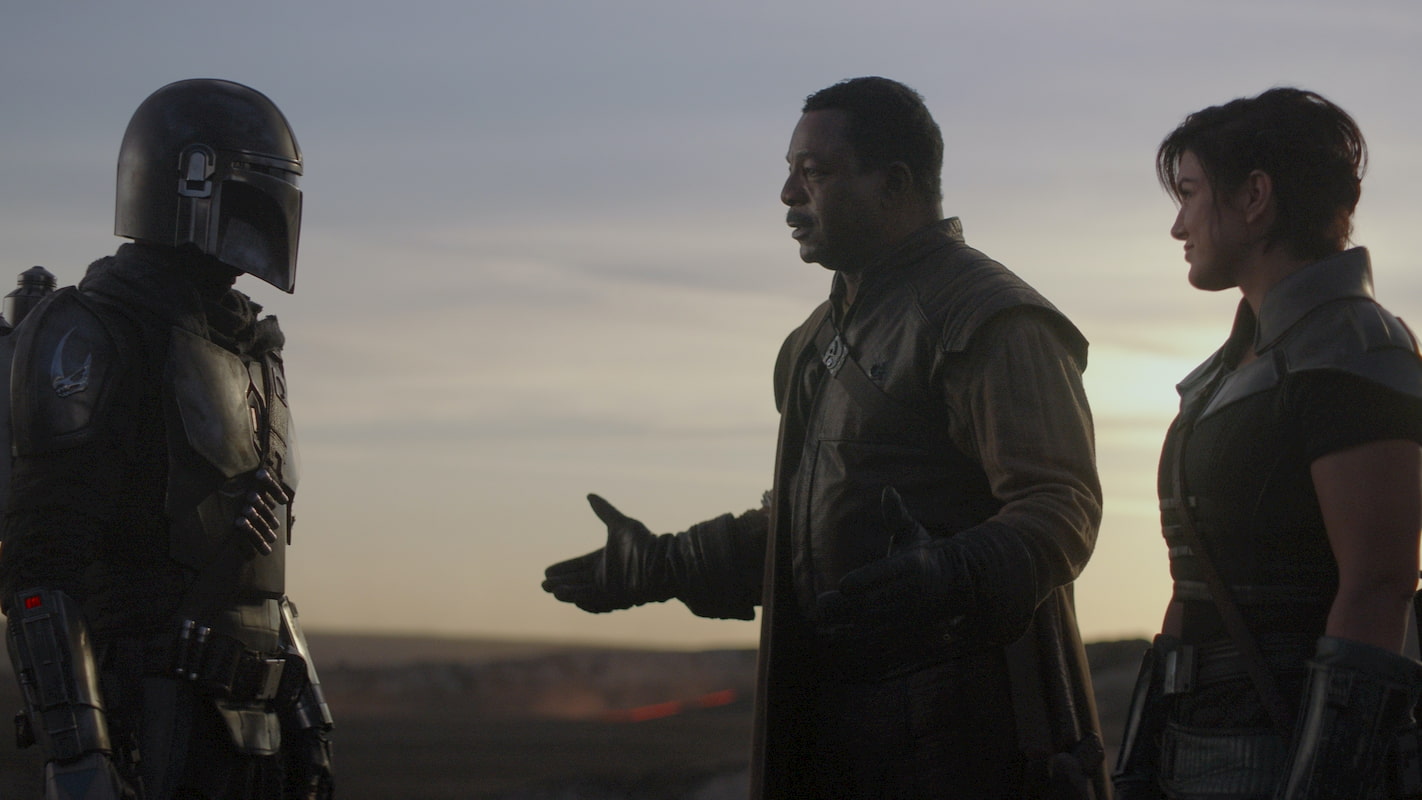 On its own, that might not make a very good case for Star Wars TV shows over Star Wars movies, but the crux of my argument comes down to the breadth of the Star Wars universe. Before Disney entered the fray, Star Wars had an expanded universe that had been built out over multiple decades across many different forms of media, whether those were novels, comic books, or video games.

When Disney bought out LucasFilm, it hit the reset button on the expanded universe, rebranding most of the content that comprised it as “Legends” and deeming it non-canon. After Disney took the reins from George Lucas and rolled out that Legends branding, the only content that was considered to be canon were the original six films (the original and prequel trilogies), the Star Wars: Clone Wars movie and the Clone Wars TV show, along with whatever content LucasFilm and Disney either created or approved from that point forward. 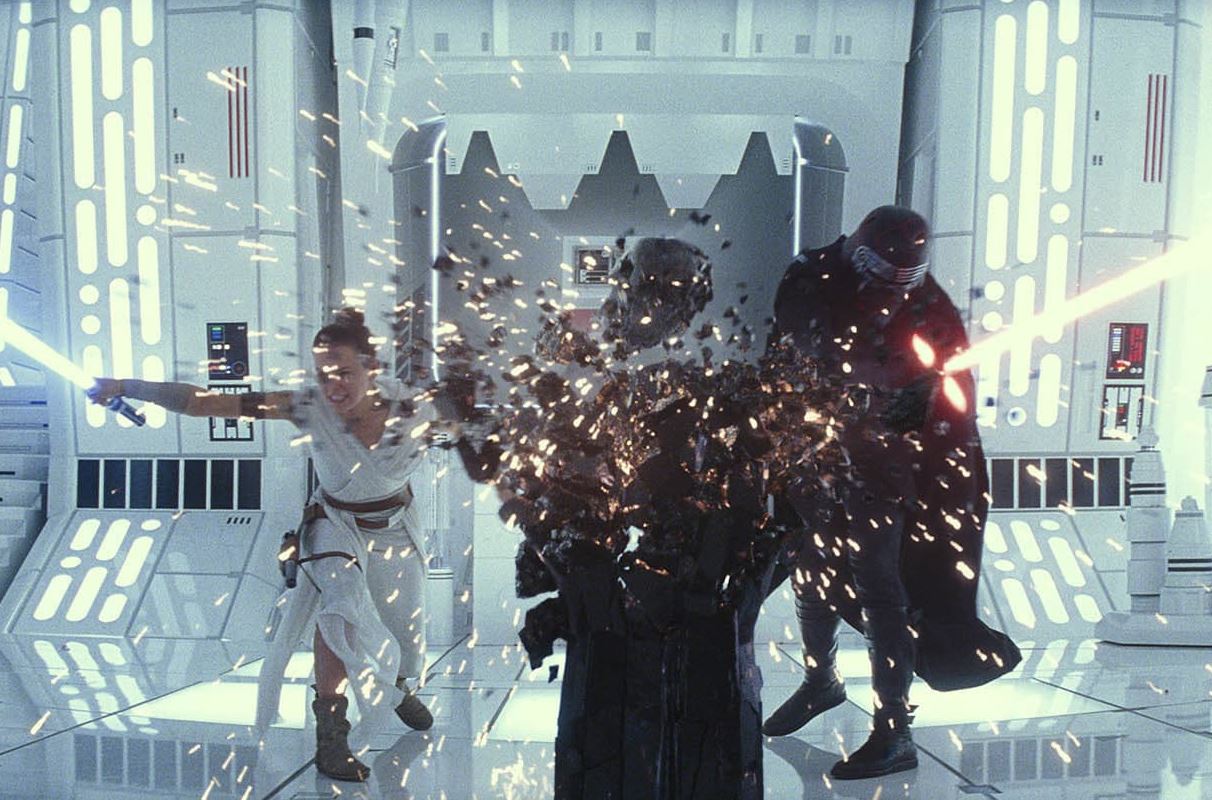 It was big news at the time, but it wasn’t an all-around shocker. Disney, after all, was clear from the start that it was going to make a sequel trilogy, and having to navigate nearly 40 years of canonical expanded universe content would have made that difficult. Disney also had big plans for expanding the Star Wars universe on its own, and moving everything that had previously been labeled as expanded universe into that Legends branding essentially gave it a blank slate with which to do that.

In another 40 years, it wouldn’t be surprising in the least to see a Star Wars expanded universe that mirrors or even exceeds what we had in 2012 when Disney purchased LucasFilm. Disney knows that Star Wars is going to be a big money maker, so we’ll see plenty of canon video games, comics, books, TV shows, and movies. We’ve already seen that new expanded universe taking form, through games like Star Wars Jedi: Fallen Order and shows like The Mandalorian.

If there’s one thing Star Wars fans have overwhelmingly said they want throughout the years, it’s more Star Wars content, and the expanded universe showed us that there’s a lot more to the Star Wars story beyond the Skywalker Saga. To this day, I think some of the best Star Wars content was created completely free from ties to the original trilogy – Star Wars: Knights of the Old Republic, for instance, is one of the greatest Star Wars games ever made and that takes place thousands of years before the events of the prequel trilogy. 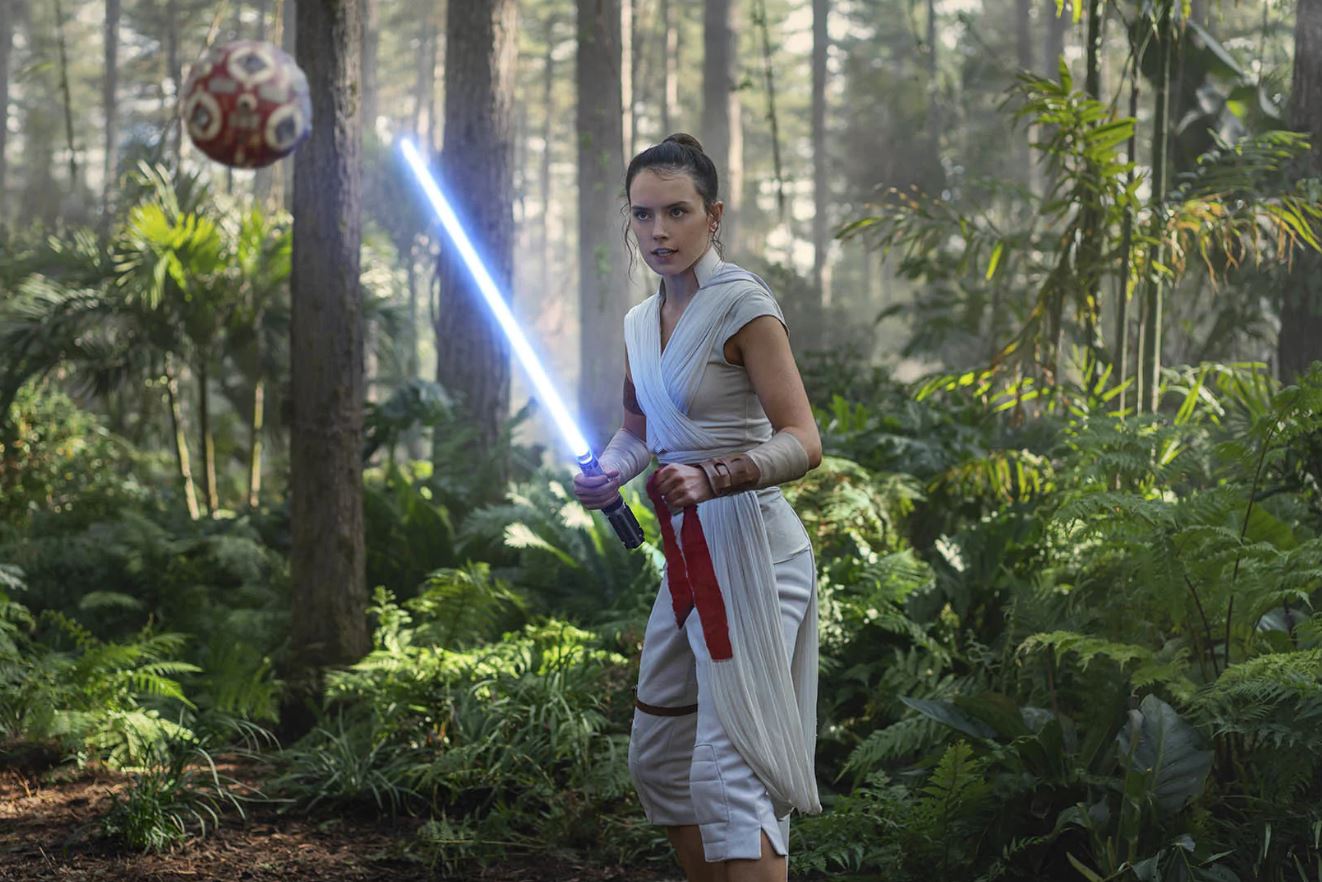 Thus far, a lot of Disney’s Star Wars content has centered around the Skywalker Saga. Not all of it is quite as direct as the sequel trilogy is, but whether we’re talking about movies like Rogue One or Solo, games like Fallen Order, or even shows like The Mandalorian, this is all content that exists in close proximity to the events of the three movie trilogies. Even Disney’s announced plans for more shows – a new, final season of The Clone Wars and a series dedicated to Obi-Wan Kenobi and his exploits between Revenge of the Sith and A New Hope – have footing in the Skywalker Saga.

There is so much more to explore in the Star Wars universe, and while I expect Disney to get there eventually, I think it can only really do those stories justice by turning them into TV shows that can take a deep dive into lore, settings, and characters.

The Rise of Skywalker may very well be the best argument for a future full of Star Wars TV shows. One of the chief complaints I’ve been hearing about The Rise of Skywalker is that the pace is too frantic as the movie tries to wrap everything up before the trilogy comes to a close. With a TV show, there isn’t really that pressure to wrap everything up in one two hour and 20 minute movie. Plotlines can be resolved over the course of an entire season if that’s what it takes, allowing directors and writers to take their time instead of cramming as much as possible into a limited running time.

In short, I think that TV shows would give Star Wars the time and flexibility it needs to become a fully-realized universe that exists outside of the Skywalker family and its influence over one (admittedly long) period of time. Given Disney’s goals for the franchise, I’m not confident that movies are the best way to accomplish them.

Obviously, I don’t think Disney is going to stop making Star Wars movies and go whole-hog on TV shows, as Star Wars movies tend to make a lot of cash for the company. I would like to see it invest heavily in TV shows from here on out though, because I think that’s the perfect medium to tell the best Star Wars stories. 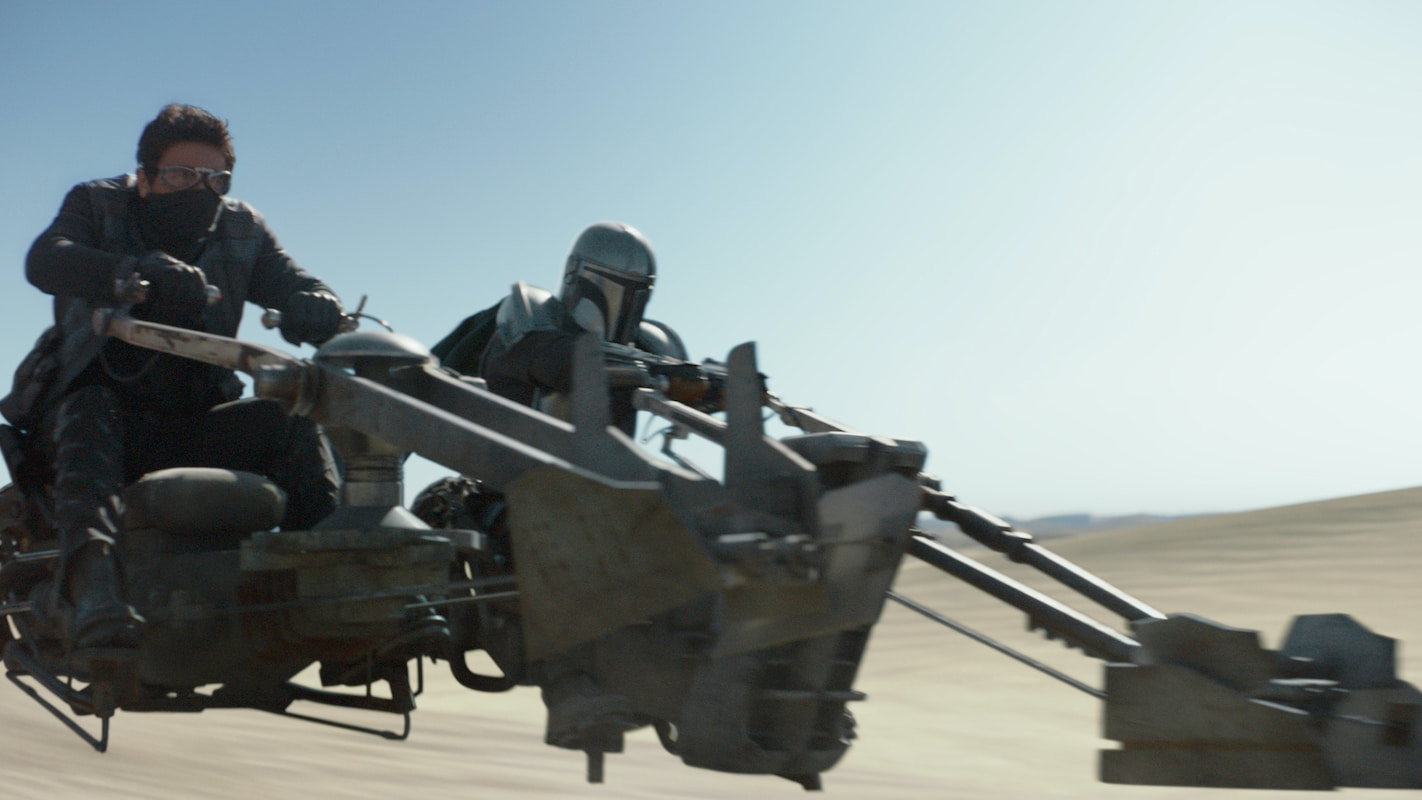 With the popularity of The Mandalorian and the reaction Disney received when it said it would bring back The Clone Wars for a final season, I think Disney is beginning to realize that too. Hopefully as it takes its foot off the gas pedal in regards to Star Wars movies, it ramps up production on TV shows that take us beyond the conflict central to the Skywalker Saga, because with a license to build out an entire expanded universe, Disney could definitely take us to some fascinating places and tell some wonderful stories.