The Earth and Moon once shared a protective magnetic field

NASA says that 4.5 billion years ago, the surface of our planet was extremely hot and unable to sustain life. The sun constantly bombarded the planet with solar flares and coronal mass ejections. Scientists at the space agency said that a neighboring shield could’ve helped the planet to retain its atmosphere and eventually transform into a habitable planet. The shield was the Moon, according to a NASA-led study published recently.

NASA chief scientist and lead author for the study, Jim Green, says that the moon appears to have presented a substantial protective barrier against the solar wind for the Earth. The shield was critical to Earth’s ability to maintain its atmosphere during its early life. The space agency plans to follow up on the findings when astronauts return to the lunar surface during the Artemis program.

One goal of Artemis will be to return samples of the lunar South Pole. The moon formed 4.5 billion years ago when a Mars-sized object called Theia crashed into proto-Earth when our planet was less than 100 million years old. Debris from the impact eventually formed into the Moon. Because of gravity, the presence of the moon stabilized the Earth’s spin axis. Early in the planet’s life, a day lasted only five hours. 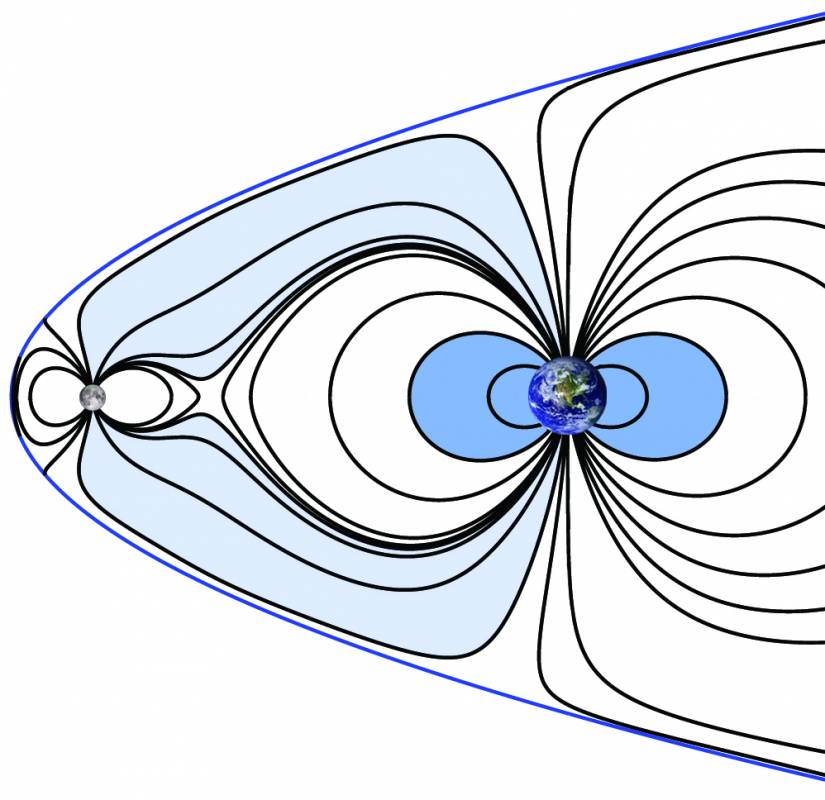 In the distant past, the moon was only 80,000 miles away compared to its current 238,000-mile distance. Previously scientists believed the Moon never had a long-lasting global magnetic field because it has such a small core.

A magnetic field is critical because it serves as a shield causing electric charges to move along invisible lines. Studies of lunar surface samples returned during the Apollo missions allowed researchers to determine that the moon once had a magnetosphere. Researchers created a computer model to look at the behavior of the positions of the magnetic fields in their respective orbits. At certain times the moon’s magnetosphere would have served as a barrier to solar radiation hitting the Earth-moon system.

The Moon and Earth’s magnetospheres would’ve been magnetically connected in the polar regions of each object. That connection was important for the young Earth because the high energy solar wind particles would not have wholly penetrated the coupled magnetic field to strip away the atmosphere. Scientists say there was also some atmospheric exchange too. Exploration of the moon will help researchers learn more in the future.