The Bureau: XCOM Declassified is now available in North America. Developed by 2K and 2K Marin of BioShock 2 fame, The Bureau combines typical strategy and action game elements into a story-driven tactical shooter that expands the world of XCOM all while still staying true to the brand’s reputation and traditional themes.

The game requires players to combine several skills in order to be successful. Most notably, all actions have consequences within the game and each challenge requires tactical thinking. Squad mates suffer permadeath, making each challenge all the more tension-filled. 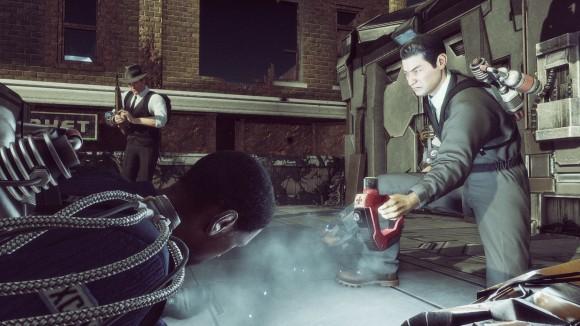 The Bureau is set in 1962 during the Cold War and focuses on the origins of the XCOM organization and the war it waged against an alien enemy. The setup is familiar but takes a different twist, especially since the strategy game “god” view is changed up for the POV of a battlefield commander, William Carter. Players get to command the squad and develop tactical plans on the spot thanks to an ability called Battle Focus.

The Bureau: XCOM Declassified from 2K Games has an M rating by the ESRB. It is produced by 2K and 2K Marin and is available across North America now for the XBox 360, PlayStation 3, and Windows PC. International launch is set for August 23rd across each of the platforms.