The Best Games of 2016: Stardew Valley

To someone who has never played Stardew Valley, it may seem a little strange to have it rank among the best games of the year. After all, it’s a game about building up a successful farm from nothing and all of the manual labor that entails. When you’re not farming, you’re left to develop relationships with the other people who live in your town. How fun can it be? Quite a bit, as it turns out.

Stardew Valley is a charming little indie title that’s all about leaving the corporate hustle and bustle behind to work your departed grandfather’s farm. It’s in rough shape when you arrive – overgrown by weeds and covered in logs and rocks. Slowly but surely, you’ll begin to clear your grandfather’s neglected property and shape it into a sprawling farm.

What you do with your cleared land is ultimately up to you – you can grow vegetables, raise animals, or keep an orchard to grow fruits and collect saps and syrups. You’ll likely end up doing all of it by the time you’ve had your fill of Stardew Valley, as the game’s base map is impressive in its size. With your raw materials, you can cook up an ever-growing list of dishes or turn them into artisan goods that fetch a high price. 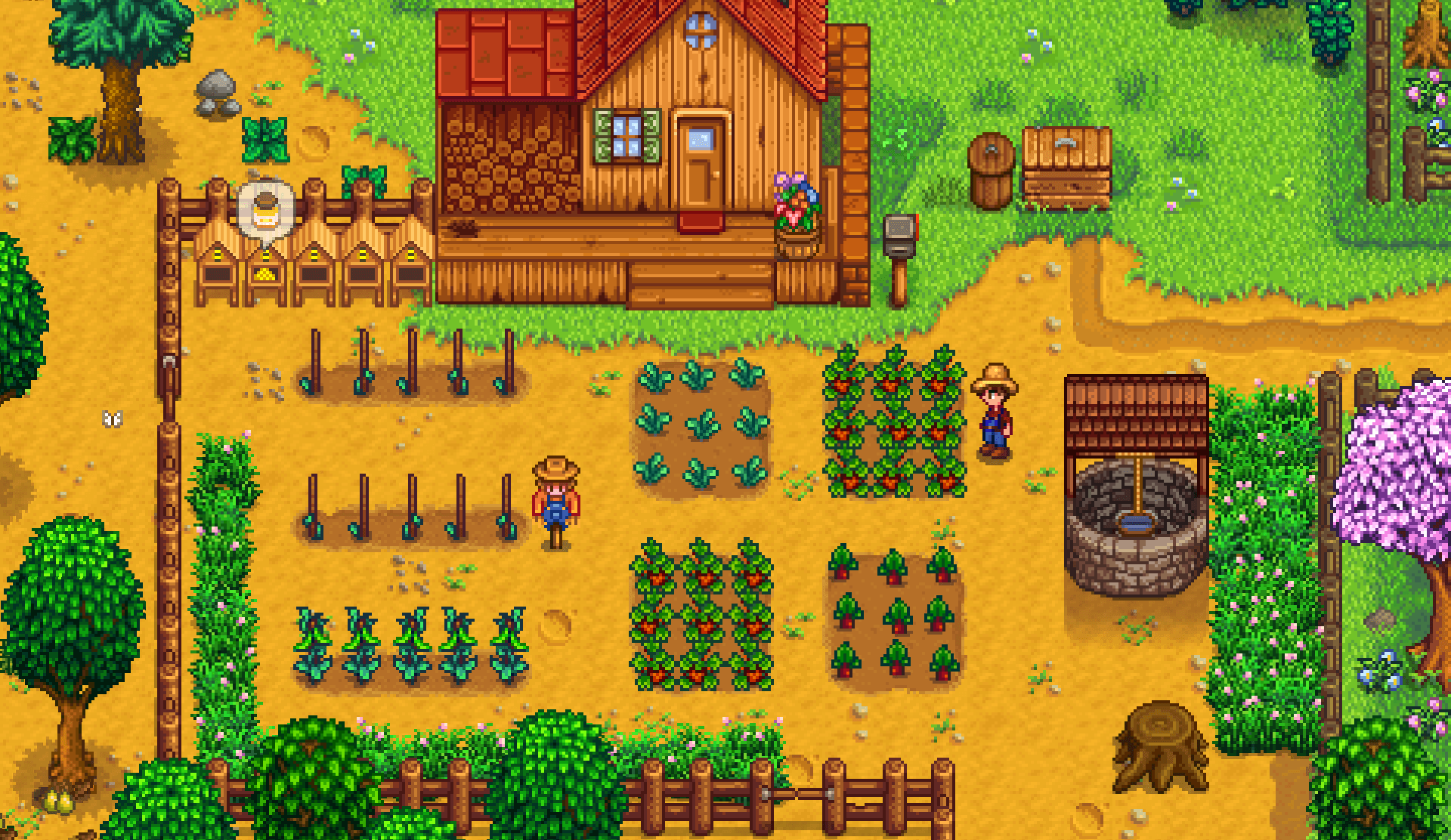 Stardew Valley isn’t all about farming, however, as you’ll have plenty of downtime to do other stuff. What you do with your free time is, again, up to you. Do you head to the ocean to go fishing? Stroll into town to interact with the locals and build your friendships with them? Perhaps you’d rather delve into the cave north of town to fight monsters and unearth loot? You can do any of these things whenever you want, because you’re not bound by a time limit when you’re in Stardew Valley.

It’s tempting to say that Stardew Valley is a collection of mini games, but these gameplay elements are so much more fleshed out than that. Take relationships, for example: every single one of the town’s residents has a hidden preference for nearly every item in the game. You can offer any of these items as gifts, and their feelings towards you will increase or decrease based on those preferences. If you’re not going to play using a wiki, then it’s all trial and error until you find out which items a certain person likes and dislikes. 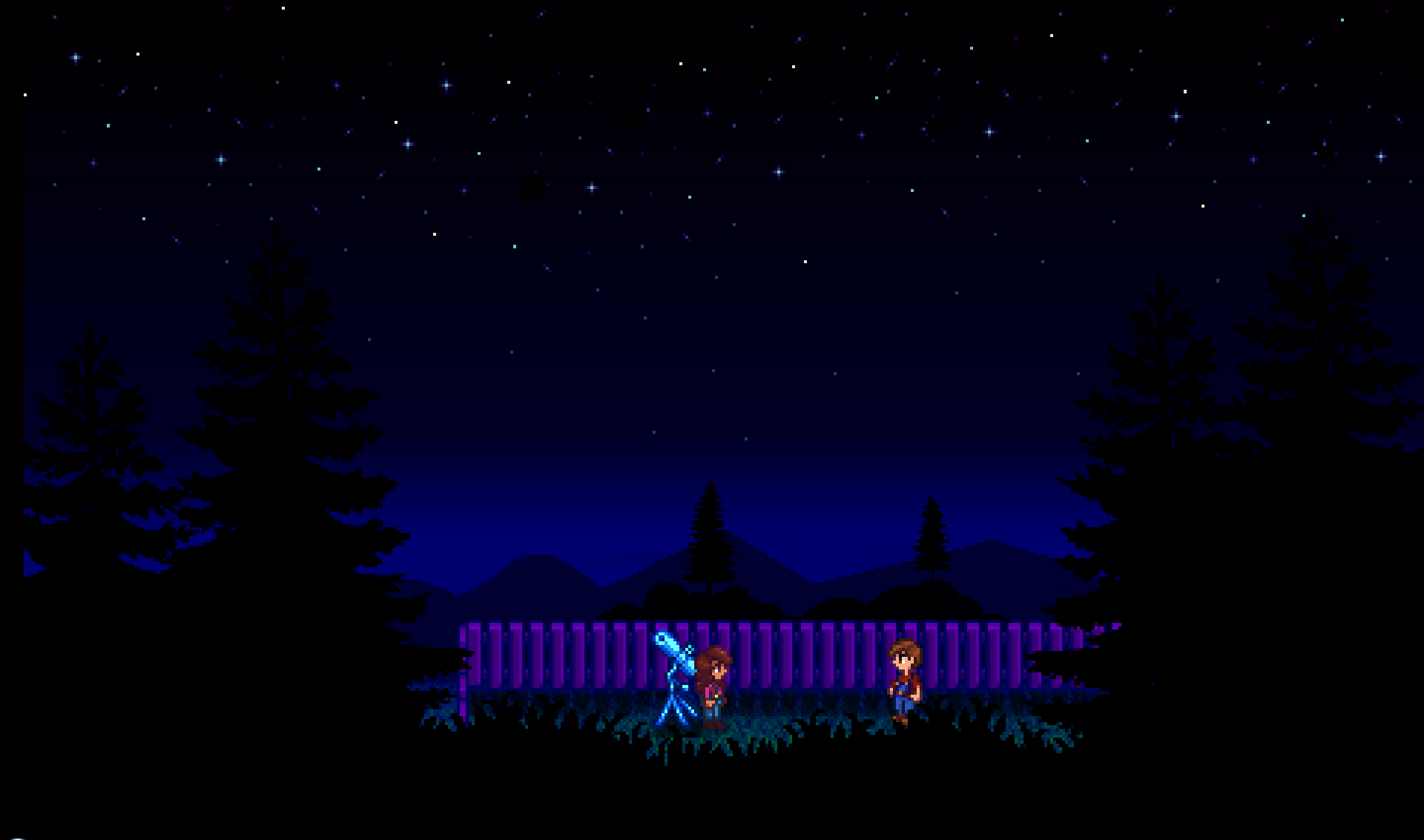 You’re able to marry certain townspeople once their affection for you climbs high enough, at which point they’ll move into your house (adding another room themed around their favorite things), and help out around the farm. Eventually, you’ll be able to have or adopt kids with your spouse. You can even get a divorce if you decide you’re not right for each other, with your spouse moving out and your interactions with them becoming more negative.

Relationships are just one small part of the whole Stardew Valley experience, yet it’s a fully realized component. The same goes for every other element found in Stardew Valley – farming may be the main attraction, but there’s so much more to do in the game that it feel like you’re getting away with something by only paying $15 for it.

It’s truly astounding that the game’s developer – a single person who goes by the name ConcernedApe – was able to make this game on his lonesome. It took him four years to do, but now that time invested is paying dividends, as Stardew Valley has quickly become one of the most lauded PC games of the year. 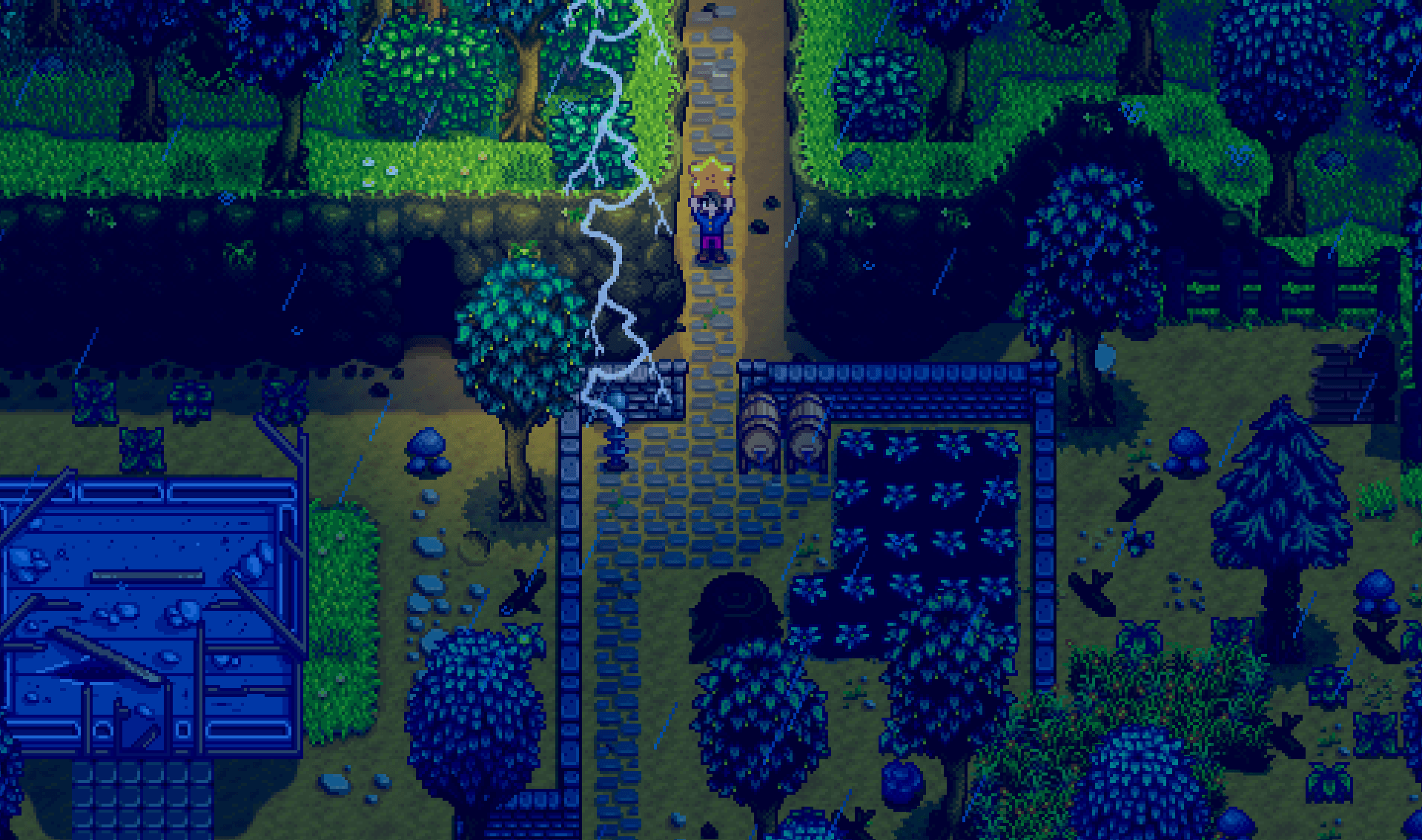 There’s good reason for that to, as Stardew Valley gets its hooks in you early and refuses to let go for quite some time. The influence Stardew Valley draws from the original Harvest Moon is clear, but I might go so far as to argue that Stardew Valley surpasses Harvest Moon in terms of quality. If nothing else, then it’s at least a stellar improvement over the framework Harvest Moon laid down all those years ago.

ConcernedApe isn’t letting up just yet, either. With development on Stardew Valley finally in the books, you’d think that he would take some time away from development and roll in his piles of cash, but instead he quickly got to work on Stardew Valley version 1.1. The update launched a few months ago and adds a bunch of different farm layouts, new candidates for marriage, and more endgame content to a title that was already full to the point of bursting. 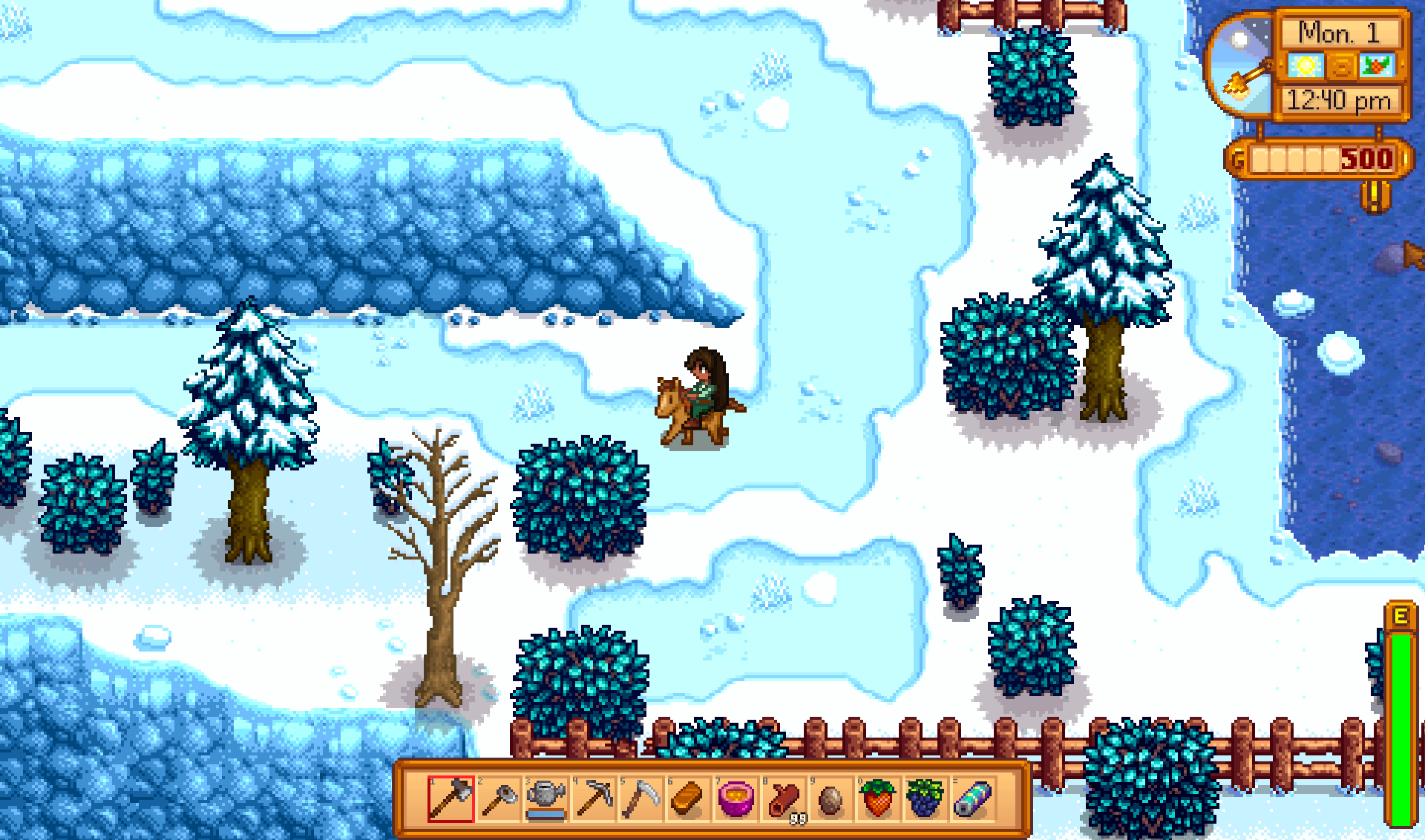 The Stardew Valley content train keeps on rolling too, as the game is set to launch on consoles this month. After that, ConcernedApe plans to add multiplayer support to the game, allowing players to build the perfect farm together.

If you’re looking for a game that will keep you entertained for some time to come, Stardew Valley won’t disappoint. For further proof of that, look no further than the fact that I’m not usually a fan of games like Stardew Valley and yet I can’t keep quiet about it. That’s makes for a pretty solid recommendation, if you ask me.

Throughout the month of December, we’ll be highlighting some of the best games of the year here at SlashGear. The idea is not to eventually crown one as the best of them all, but rather to really dig into what makes these games so great. You can see previous articles in the series in the timeline below, and more are on the way, so stay tuned for the rest! If Stardew Valley sounds like your kind of game, you can buy it now for PC