Bridging the gap between experiencing and learning is the Baxter Robot by Rethink Robotics. A group of undergrad students from the University of California, Berkeley, are currently learning how to code robots by working with the Baxter. This the same kind of robot that builds cars, assembles smartphones and is now teaching the college kids.

Previously there were two major roadblocks preventing the advent of robots in teaching: safety issues and lack of a universal operating system. Moreover, the pricing of the Baxter at $22,000 puts into the affordable bracket. According to the university professor Ruzena Bajcsy, Baxter teaches alongside a professor and is being very well received by the students.

One of the key factors that have made it easy for the industry to assign robots as teachers is the fact that Baxter runs on ROS or Robot Operating System. Basically ROS is a set of software libraries and tools that can be used to build robot applications. Apps range from drivers to state-of-the-art algorithms that are developed using powerful developer tools. ROS is also open source, which makes it all the more helpful to use. 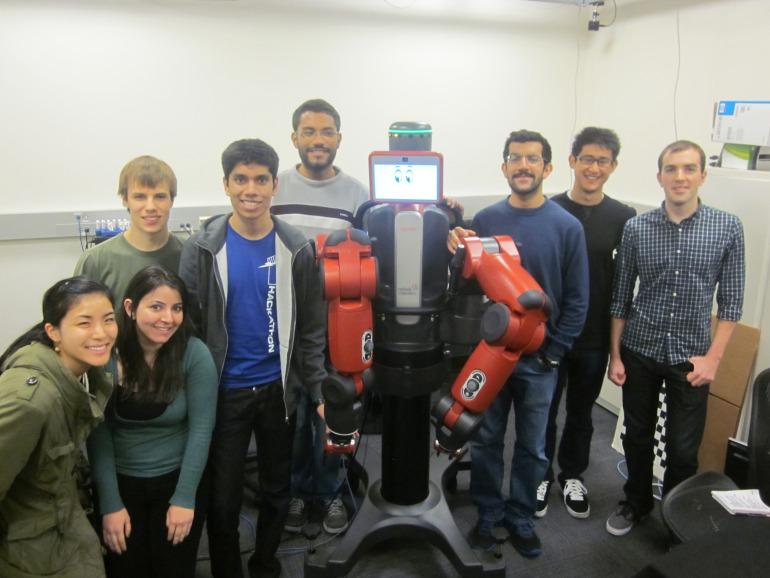 Aaron Bestick, graduate instructor for the advanced robotics class, says that robotics industry is keen to adopt a standardized OS. Baxter’s role is to teach the new-generation how to use this OS. Focusing on the apps development and learning the coding process, students need not worry about the hardware part of the robot.

ROS gives the flexibility to build apps that will run across a variety of machines, thus lowering the interface barriers. The robotics industry is in a way waiting for similar movement that transformed the mobile industry, with the introduction of the iOS and Android.

The smart dude Baxter is currently working with the robotics lab and computer science course students. Python and other coding languages are being used to control the red plastic bot.