That ugly PlayStation 5 is likely a dev kit, so you can breathe easy

Earlier this week, images from a certain Sony patent started making the rounds. Those images showed off a bulky looking console that some were worried was the PlayStation 5. Why would people be worried that it was the actual PlayStation 5? In short, it’s because the console depicted in the image is a bit on the ugly side, with a deep V-shaped indent on the top and vents all over the place.

That Sony patent was first discovered by the folks over at Let’s Go Digital, but today, we’re potentially learning more about this mystery machine. As it turns out, the console depicted may actually be a dev kit for the PlayStation 5 rather than the console itself. 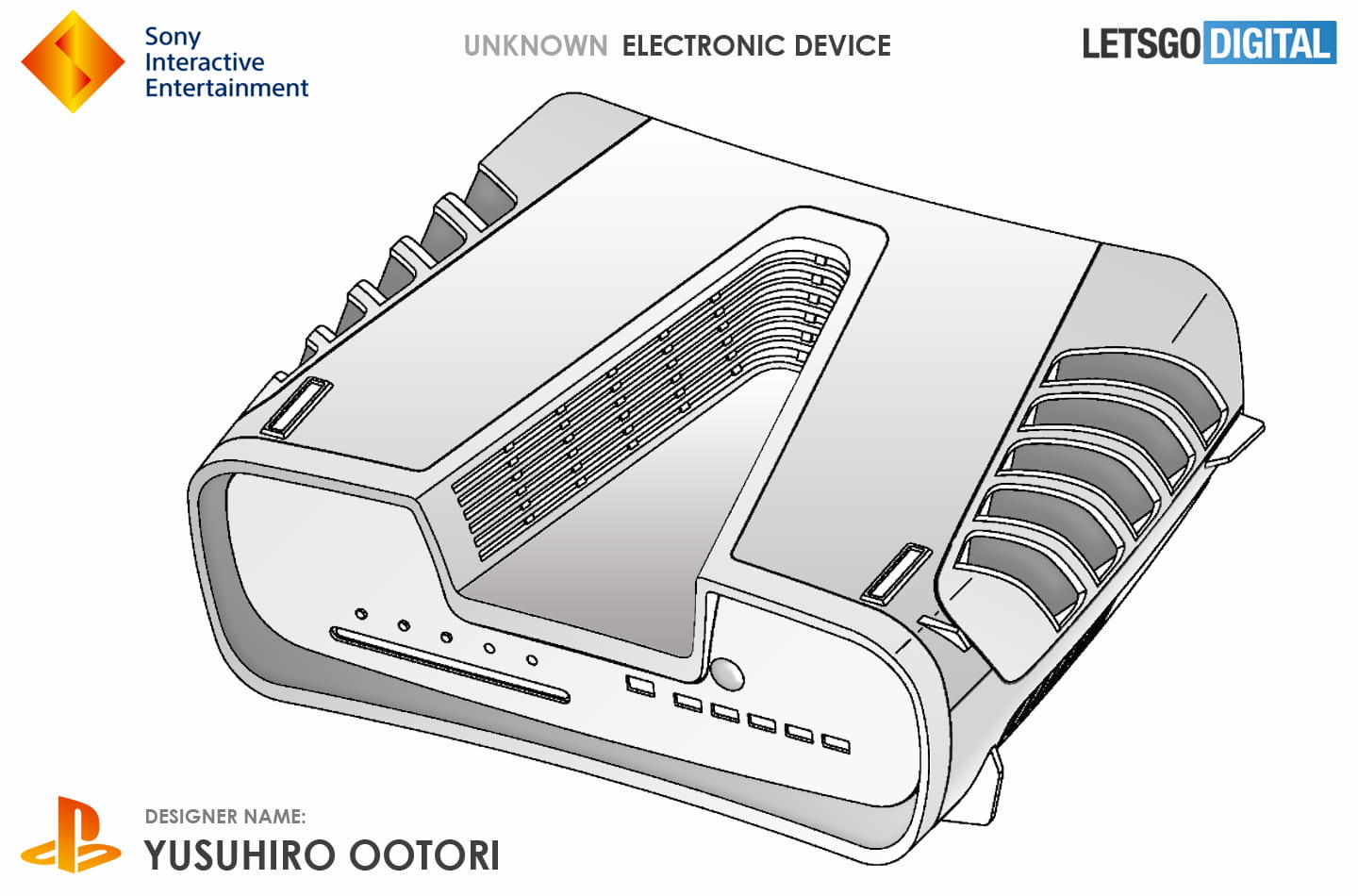 So claims someone by the name of Matthew Stott on Twitter. In retweeting a story about the uncovered console, Stott said that it’s a PS5 devkit and notes that his employer has some in the office. Stott has since made his account protected, but IGN captured a screenshot of the tweet in question before that happened and discovered that Stott potentially works at Codemasters, a UK developer that’s been around since the mid-1980s. 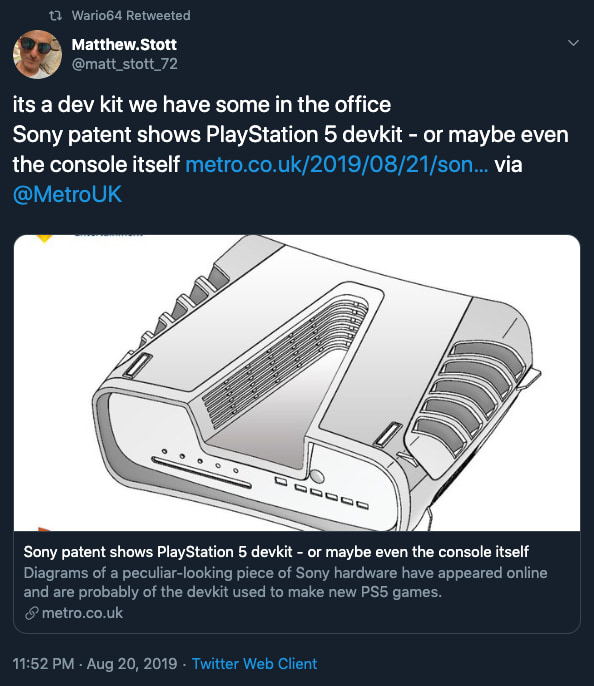 Given the company’s long history, the notion that Codemasters already has several PS5 dev kits isn’t really a shocking one. It’s also worth pointing out that PlayStation 4 dev kits are similarly bulky, while the PS4s that are offered to consumers are obviously much slimmer with more of a focus on design.

Considering everything, it seems likely that the machine depicted in that patent filing is indeed a dev kit and not anywhere near what we’ll see as the consumer PlayStation 5. As always, take what you hear with a grain of salt, as nothing is set in stone until Sony makes it so. We’ll be keeping an eye out for more, so stay tuned.