While best known for its electric vehicles, Tesla, much like its founder Elon Musk, is a company with many interests. As part of its venture into batteries for its cars, Tesla has also dabbled in alternative sources of energy, particular solar energy. Together with Panasonic, it has embarked on a quest to not only make solar roof panels more efficient but also more fashionable. And that will be through Panasonic’s new 325 watt panels that are designed to be so sleek and so low-profile that they can be installed on almost any pre-existing roof.

One of the biggest problems with solar panel roofing is that, most of the time, roofs have to be designed and built around them. It’s not exactly easy to install one without changing roofs, which isn’t just a financial burden but a design one as well. Tesla’s new panels promise to solve those by making them easier to install and look good too. And it will be accomplishing that with the help of partners and acquisitions. 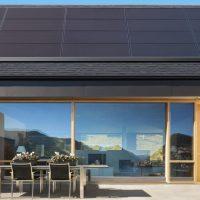 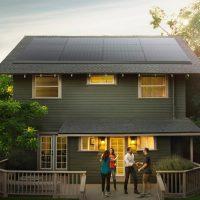 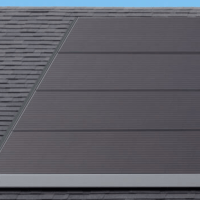 The solar panels aren’t the only new thing either. These companies will also have new business models moving forward. As mentioned, Tesla has exclusivity to Panasonic’s new panels. But more than that, the now Tesla-owned SolarCity, who previously sourced its panels from multiple suppliers, will only be using these new panels once the modules go into production. As to when all that will start and how much it will cost homeowners, those details are still kept under wraps for now.