Tesla hacked: car can be shut down via connected laptop

As the auto industry and security community is still reacting to the new about a Jeep Cherokee being hacked as it drove down the road, it comes as a surprise that Tesla, easily the most technology advanced vehicle the world has seen thus far, may have a similar vulnerability. At the ongoing hacking and security conference Def Con, researchers have revealed they were able to hack the all-electric, internet-connected Tesla Model S, the Wall Street Journal reports.

The two researchers say they are able to force the car to come to a stop, and then fully power down, however, it requires that the laptop used has a physical connection to the vehicle’s onboard computer. The need for a hacker to have physical access to the inside of the vehicle makes this less alarming than the Jeep incident, which saw the car being controlled remotely over the internet, but it is still a concern. 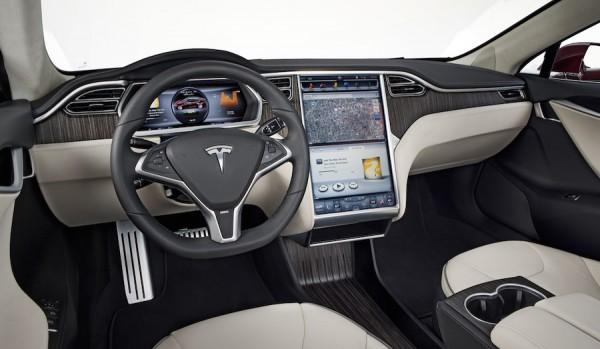 The hack gains access to the Model S through the car’s entertainment system, similar to the Jeep. Once under control, the Tesla will come to an abrupt stop if it’s traveling at a speed below 5 mph. If more than that, it will decelerate and coast to a stop.

The researchers who discovered the loophole are Kevin Mahaffey, Lookout’s chief technology officer, and Cloudflare researcher Marc Rogers. They said that Tesla had taken precautions for such a breach, as the Model S’s entertainment system did have controls to prevent hackers from accessing movement.

Fortunately, as this hack was performed in the name of improving security, Tesla will be releasing a security patch for the vulnerability to all Model S drivers on Thursday, before Mahaffey and Rogers present their research on stage at Def Con on Friday.