Terraria’s big Journey’s End update is out in May

Terraria fans got some good news today, as the developers behind the popular indie game announced a release date for its final update. Dubbed Journey’s End, this update will bring Terraria to version 1.4 and promises to be just as big an expansion as the previous three. Like those past updates, this one will also be free for those who already own the game.

Terraria developer Re-Logic announced the release date for Journey’s End today on Steam. It did that by showing off an image of Terraria‘s new world creation screen where the world’s seed is the update’s release date: “05162020.” That date also happens to be the ninth anniversary of Terraria‘s original release.

The game has come a long way in the past nine years, with Re-Logic delivering three massive updates that doubled Terraria‘s content a few times over. Journey’s End – the fourth update of this scale – is slated to be the final major update for Terraria, but then again, this isn’t the first time we’ve heard that about one of these updates. 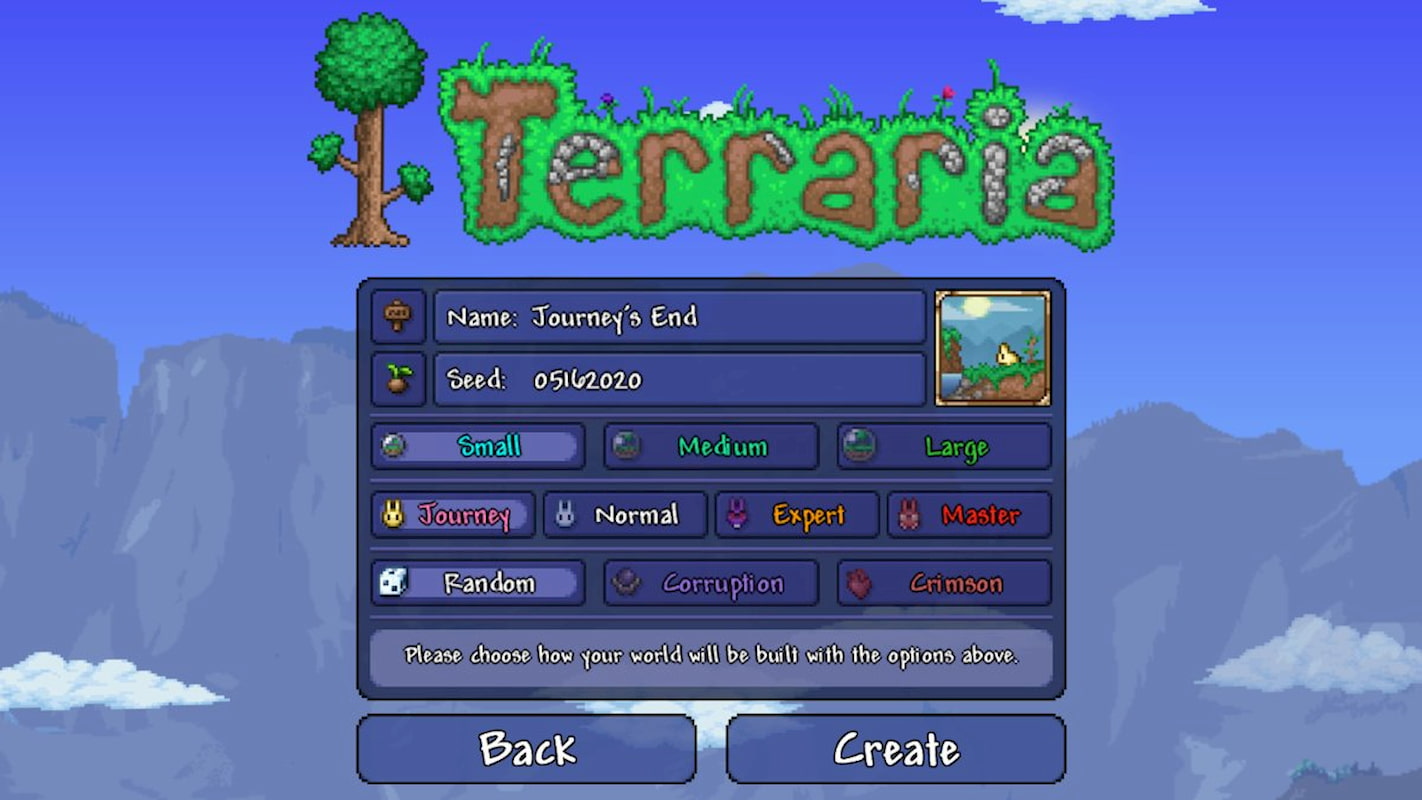 In any case, Re-Logic didn’t reveal much new information about Journey’s End today, but the screenshot that was shared does give us a few clues when it comes to new features. The panel itself is brand new, as previously world creation would take players through a series of menus. We also see the new “Journey” and “Master” difficulty modes – Master, we know, will be a step up from Expert, while Journey might be the creative mode the developers have been referencing.

If you’re looking for all that’s been revealed about Journey’s End so far, the Terraria Wiki has a nice page filled with all of the announcements (just beware of spoilers, obviously). Re-Logic will probably ramp up the reveals now that Journey’s End has a release date, so we’ll keep our eyes peeled for more.