As much as foldable phones are a hot topic, they’re also almost impossible to get perfect. Even without considering the fragility of the foldable screens themselves, two (or three) of the existing implementations have their respective drawbacks, like the Galaxy Fold’s need for a smaller external screen or both its and the Huawei Mate X’s square-ish unfolded shape. TCL is aiming to solve exactly those problems by adding one more hinge that could, of course, also be one more point for failure.

The aforementioned shortcomings of both Samsung’s “innie” and Huawei’s “outie” designs really stem from one thing, the need to make the device still useful as a phone when folded. In both cases, they needed to opt for an almost square tablet form factor to make the folded phone still easy to hold in one hand. In Samsung’s case, it needed to also put a screen on the outside so that the device can be used without unfolding it.

TCL’s unfolded foldable phone, in contrast, looks like a regular 10-inch rectangular tablet and its solution isn’t new to our eyes. At least, not if you’ve been following the train of patents on foldable phones. TCL employs not one but two hinges folding in opposite directions, almost like having both the Mate X and Galaxy Fold in one device. In addition to allowing for a wider tablet form, this method of folding also ensures that at least one fold is always on the outside to be used like a regular phone. 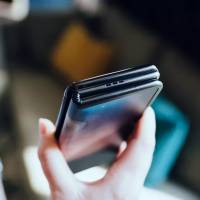 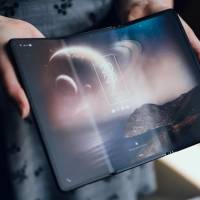 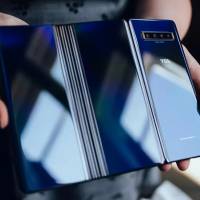 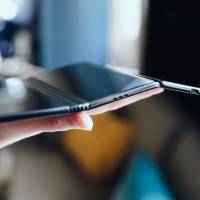 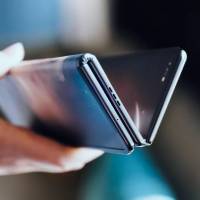 CNET’s experience with a prototype was exactly that, a non-working prototype. You can already see the creases forming, which should hopefully be a lot less on the final device. There are also four cameras on the back, which is going to be quite an accomplishment for the foldable phone, and only one on the front. It will definitely be a winner, presuming it can even make it through the door.

TCL is no stranger to the rigors of smartphone manufacturing but even it will face the same problems that larger companies like Samsung and Huawei had to overcome. Whether it has the resources to throw on those problems is one thing. Whether it has the marketing clout to make this phone big globally will be its other concern.