1975 was a very special year for BMW. Then called “Bavarian Motor Works”, the car maker first set foot in the US that year, the first time it did so outside Europe. It was also on that year that it joined its first US motor race with the now iconic BMW 3.0 CSL. 40 years later, BMW wants to celebrate that momentous year by revealing the BMW 3.0 CSL Hommage R at the equally popular Concours d’Elegance at Pebble Beach, giving due respect to the past while, at the same time, blazing forward to the future.

This is actually BMW’s second attempt at a 3.0 CSL homage. The first one, the BMW 3.0 CSL Hommage, without the “R”, was unveiled last May and apparently didn’t sit will with many fans of the original. The yellow paint job, in particularly, felt not true to the spirit of BMW’s first motor sports entry in the US. Gone is that color now, with BMW settling for a metallic white more conventional of racing cars, accented by the BMW Motorsports colors flowing across the car’s lines.

Interestingly, BMW says that its makeover didn’t start from external details but from inside. While almost all car makers will say that their design have the driver in mind, for the 3.0 CSL Hommage R, BMW took things a lot further. It actually designed the driver’s helmet and suit and then designed the rest of the car’s interior around that. The helmet is particularly interesting as it incorporates augmented reality into its visor. It displays the car’s speed, gear, and engine rev, the information that race car drivers will want always in line of sight. But instead of putting this on the dashboard where there is danger of distraction, BMW ensured that it will always be visible. 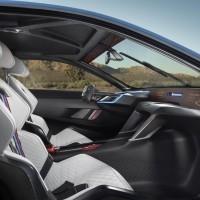 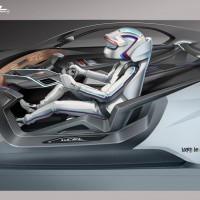 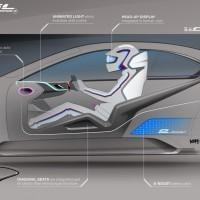 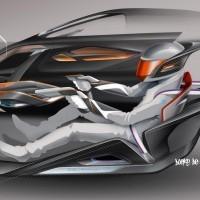 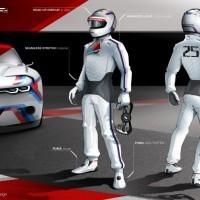 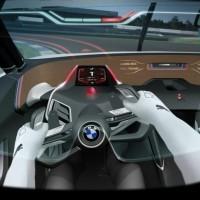 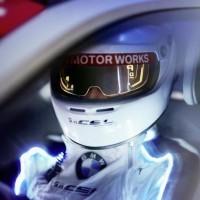 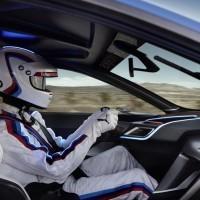 Moving to the interior, the 3.0 CSL Hommage R employs a lightweight construction thanks to almost being made entirely of carbon fiber. The only place that has a wood-like design is the “instrument panel”. This was done as a nod to the original 3.0 CSL, which had a wood trimming as a central design element, a rare thing in a racing car. Compared to the hi-tech personality of the driver’s helmet and suit, the interior is almost unexciting, pared down to the bare essentials and with every piece serving a practical purpose.

Moving even further away from the driver, the Hommage R’s exterior is an even bigger nod to the 1975 race car. The design serves function, like the air deflectors, powerful wheel arches, and rear spoiler, but also serve memory, like the number 25 and the “Bavarian Motor Works” decals on the windscreen and rear window. 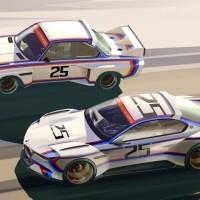 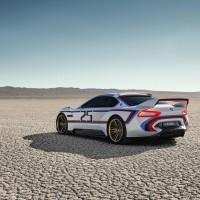 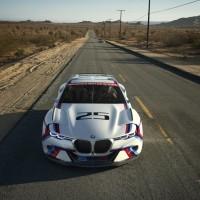 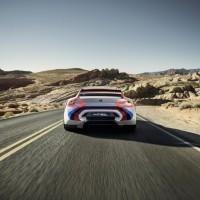 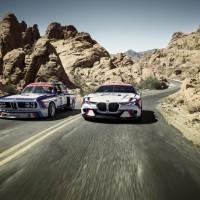 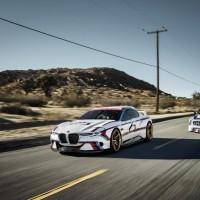 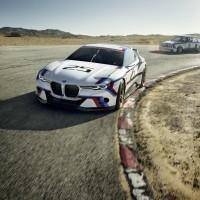 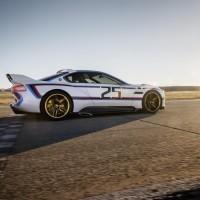 Karim Habib, BMW Automobiles’ Head of Design, has this to say about the Hommage R:

“Both inside and outside, the BMW 3.0 CSL Hommage R is primarily a reflection of its function. The exterior and interior design is based around the requirements of motor sport as far as the car and driver are concerned; aerodynamics and driving dynamics on the one hand, the most direct connection between driver and machine on the other. In my view, that’s something the Hommage car expresses in a very emotional way. At the same time, all the details from the BMW 3.0 CSL are present in the Hommage model. And they are all there to be discovered in their original form. It’s a bow to the 1975 car.”