It might seem like a distant memory but, once upon a time, smartwatches were made by smartphone makers. Having lost interest in what was deemed a business failure, the wearable market was salvaged by fashion and luxury brands instead. One of the first such saviors is TAG Heuer who just last year launched the Connected Modular 45 Android Wear smartwatch. This time, it’s announcing the Connected Modular 41, designed for smaller wrists. Its petite size, however, can be deceiving.

The “41” in the name refers to its 41 nm diameter. It’s not exactly a huge step down from 45, but that’s the way TAG Heuer is selling this new smartwatch. At least it’s also selling it with an appropriately smaller price tag, though, like its size, the difference isn’t exactly earth-shattering. 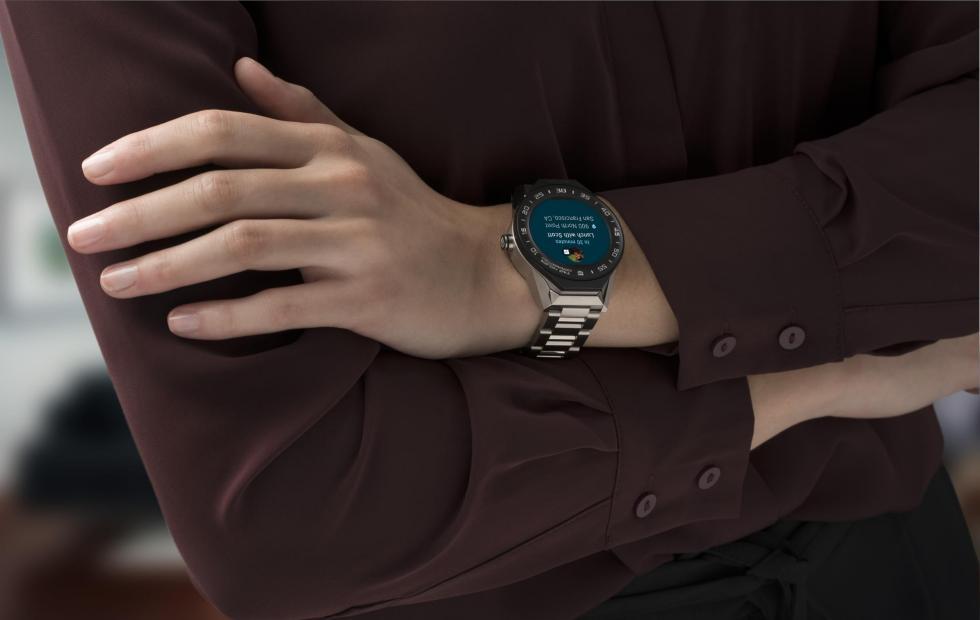 The specs, however, do change a bit, fortunately for the better. Thanks to the smaller real estate, the screen, which has a resolution of 390×390, enjoys a higher pixel density of 326 ppi than the Connected Modular 45’s 287 ppi. It’s also claimed to be brighter at a maximum of 350 nits. After all, outdoor visibility is even more important for a smartwatch than it is for a phone.

The memory configuration has been upgraded as well. Now it’s 1 GB of RAM and 8 GB of internal storage, double that of what most Android Wear smartwatches have today. The processor remains an Intel Atom, one of the very few to find their way into a commercial wearable device. 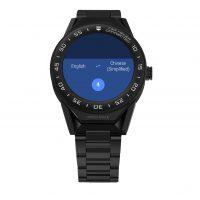 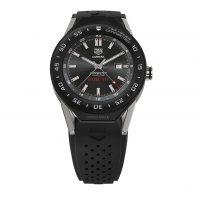 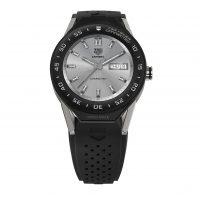 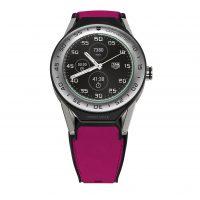 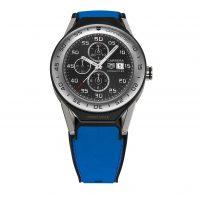 As for that price tag, the TAG Heuer Connected Modular 41 costs $1,200, versus the nearly $1,600 of the larger, older model. There are new strap colors to choose from as well, including pink, blue, and white leather. Not to leave lovers of bigger timepieces empty-handed, TAG Heuer also announced a new Connected Modular 45 Full Diamond edition with 589 VVS baguette size diamonds that you probably won’t be able to buy.