T-Mobile has shuffled their executive order. Mike Sievert will move from Chief Marketing Officer (CMO) to Chief Operating Officer (COO), which has been created specifically for him (T-Mobile didn’t have a COO before today). Taking Sievert’s place in the marketing department is Andrew Sherrard, who takes control of all T-Mobile marketing. T-Mobile’s CEO also got in on the action, taking to Twitter and the company blog to blast the FCC over an upcoming auction, which he fears will be unfair.

The recent FCC auction, which T-Mobile participated in (though their involvement was limited) saw Dish and others like AT&T and Verizon spend massive amounts of money to acquire spectrum. Legere is preparing T-Mobile for an upcoming auction for lower band spectrum, and says that while the just-ended auction was great for money changing hands, it was also “a disaster for American wireless consumers.”

Pointing out that Dish, AT&T, and Verizon snapped up 94% of the available spectrum at the last auction, Legere suggests next time could be worse:

Legere seems equally upset AT&T and Verizon are scaling their network as he is that Dish acquires and sits on spectrum. He’s got cause to be concerned, but there are other things in play, here.

The FCC is currently looking into Dish’s spectrum buys in the last auction, alleging they nefariously took advantage of discounts aimed for small businesses. Verizon is now saying spectrum auctions aren’t their game (which Legere acknowledges), and would rather build their own network. 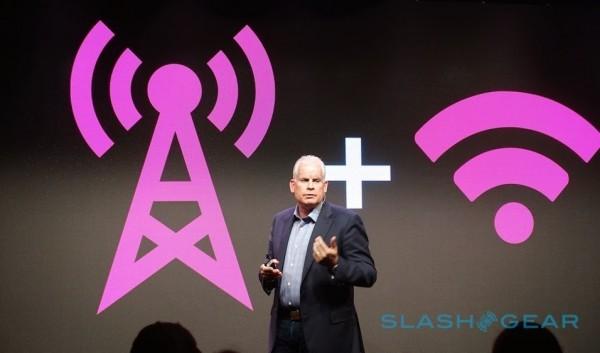 The mid-band spectrum that just ended is best for transmitting data (again, something Legere admits), while low-band waves spread the signal further — but is not very good for data transmission. Happy with their mid-range spectrum, T-Mobile now needs to expand their reach. It’s not out of the realm of possibility that Dish would try for more spectrum, but with the heat on, it’s doubtful. Verizon seems to be disinterested.

Legere wants the FCC to “change the rules” for this auction, but didn’t really lay any groundwork for what he has in mind. If he needs a target, perhaps Sprint’s deep-pocketed parent company SoftBank should fall under his gaze. Losing precious low-end spectrum to your closest rival would probably be worse than seeing AT&T get hold of it.