A farmer in Switzerland has discovered a priceless cache of ancient Roman coins, the total of which exceeds 4,000 coins. The coins were located in a farmer’s vegetable and fruit orchard in Ueken, and they collectively weigh about 33lbs. According to the farmer, he caught sight of one of the coins on a molehill and, after realizing what he’d found, got in contact with a local archaeological service.

The coins are silver and bronze, and were buried an estimated 1,700 years ago. Earlier this year, the remains of a Roman settlement had been discovered in Frick, a town not too farm from the farmer’s own discovery. This marks one of the largest such coin discoveries in Switzerland — and, making it even better, most of the coins are described as having “excellent” conditions. 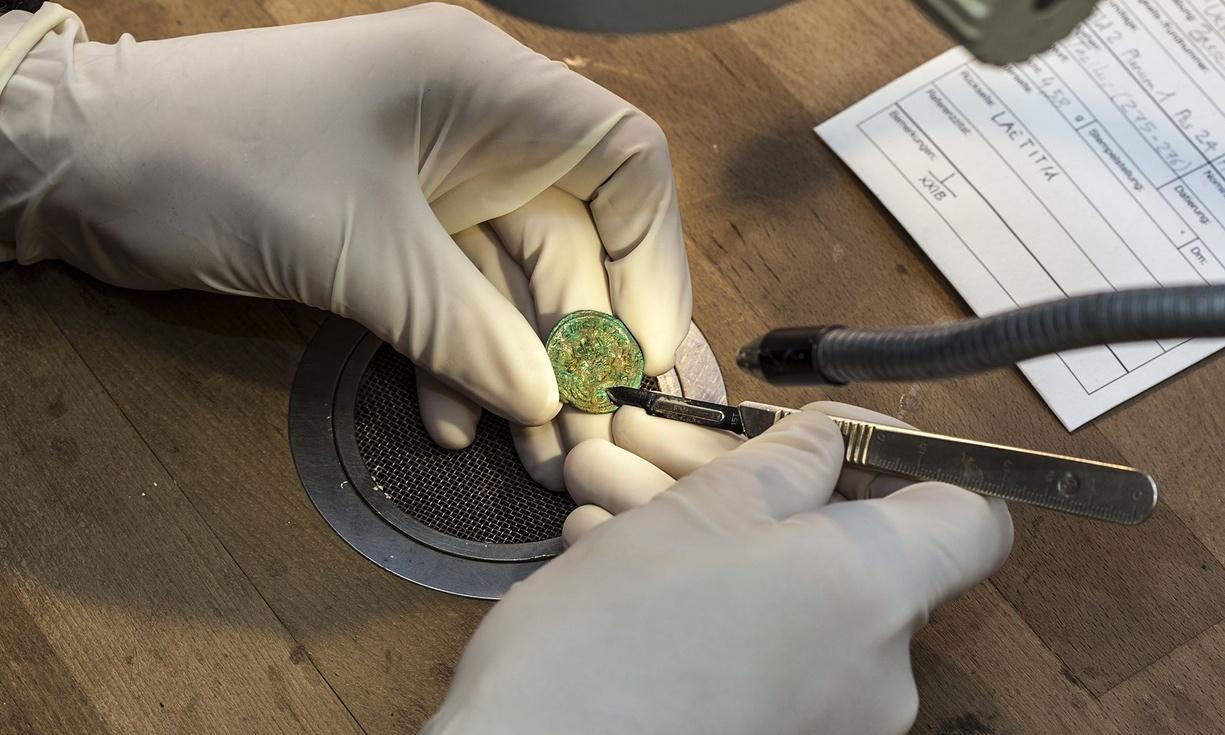 It took months for researchers to dig up all of the coins; so far 4,166 have been found, and they date from Emperor Aurelian’s reign from 270 to 275 up until the rule of Maximian, with the newest of the coins being dated at 294. Whomever had first owned the coins likely stashed them shortly after they were made, and the land’s lack of use since then allowed the stash to remain undisturbed and in good condition.

Why the original owner never came back for the coins isn’t known, and likely never will be. Likewise, how much the coins were originally valued at isn’t known, excepting that it amounts to a year or two’s salary. Under Swiss law, the coins belong to the public, and the farmer may get a finder’s fee for locating them and turning them in. How much the coins are worth today is not known.