There’s a reason Super Mario is one of gaming’s longest-running franchises, and arguably its most famous one. Since the 1980s, Mario games have set the standard for the platforming genre, and as time goes on, they continue to set trends and establish mechanics that will eventually become tropes. Super Mario didn’t do it first, but ever since it arrived on the scene in 1985, it’s been doing it best. 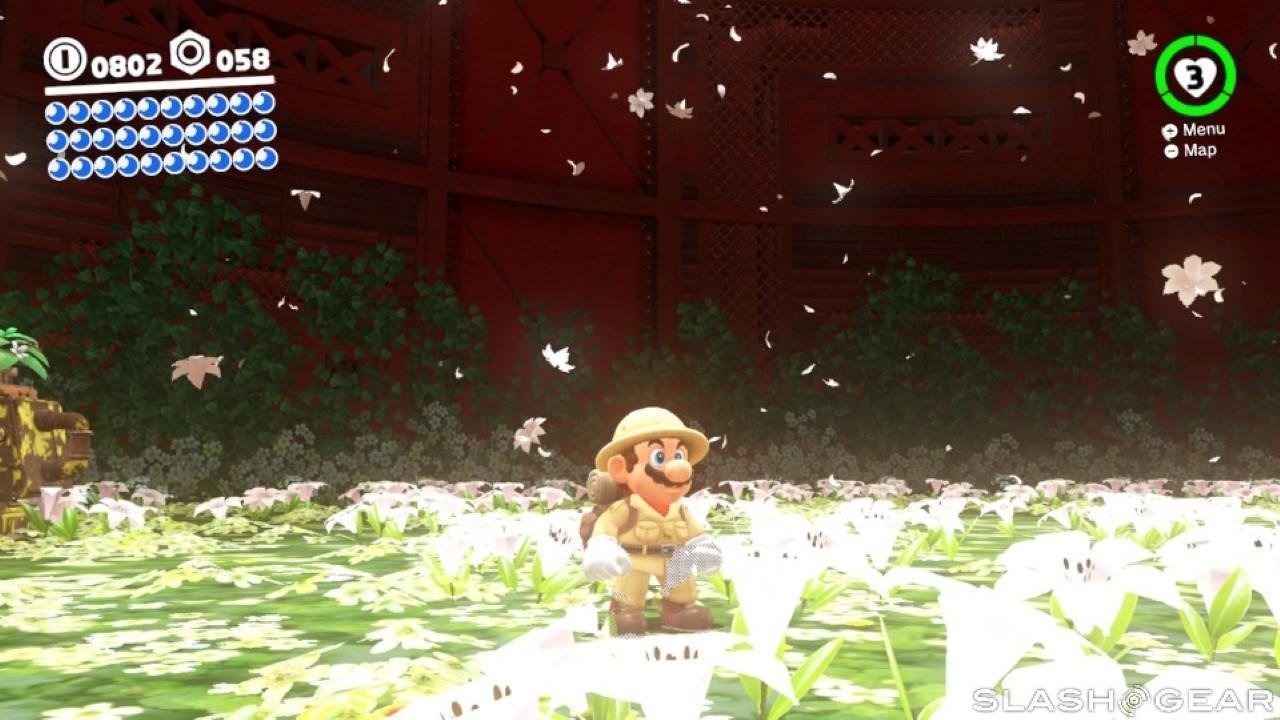 With that in mind, Super Mario Odyssey is an unsurprising masterpiece. It is, perhaps, the finest platformer ever made (or at the very least among the best of the best) and it will almost certainly hold that title until the next Super Mario game launches. It isn’t a question of who’s going to create a game better than Super Mario Odyssey, but rather of question of what Nintendo can do to top itself in the years to come.

Don’t take my lack of surprise to mean a lack of enthusiasm for the game, though. Super Mario Odyssey is a must-have game. It’s nearly perfect in its execution, as it keeps many established mechanics from the series’ past entries while at the same time adding enough new features to shake things up for veterans. It’s hard to put into words just how wonderful this game is, but since you’ve already found your way here, hopefully you’ll bear with me as I try. 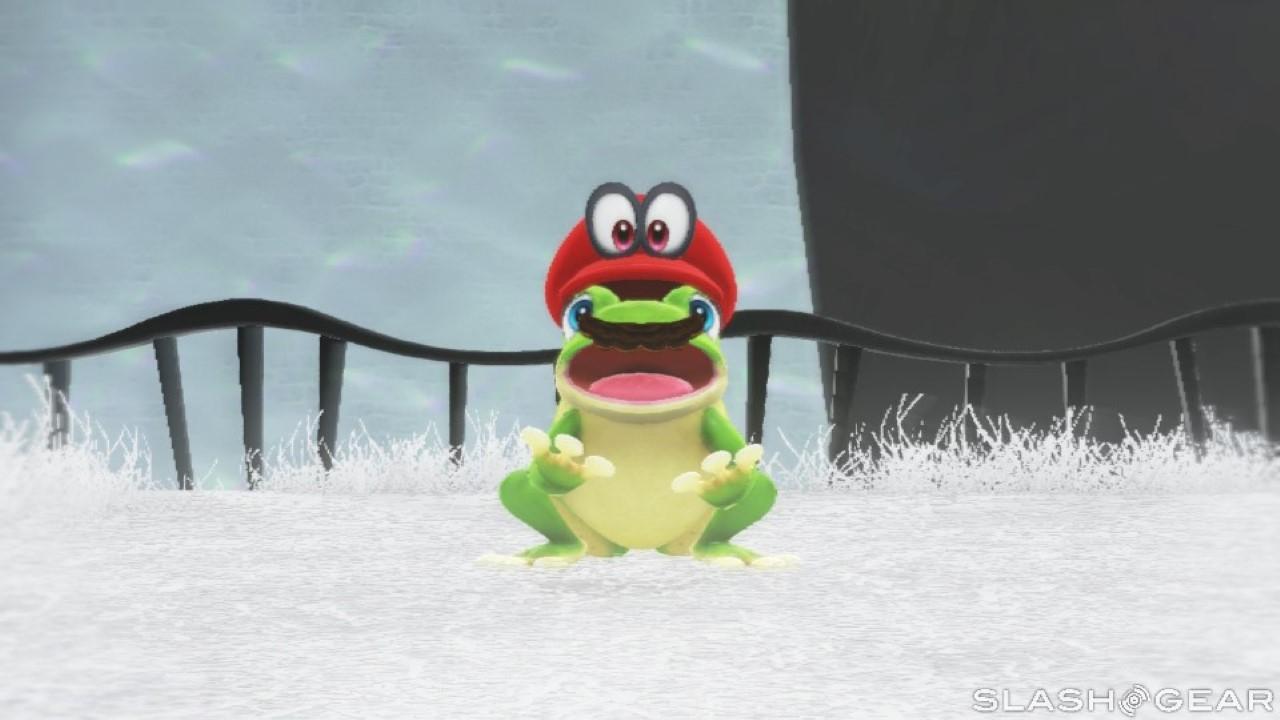 From the very moment you boot the game up, Super Mario Odyssey is captivating. We’ve seen Mario in HD before thanks to titles like Super Mario 3D World on the Wii U, but here those high-res visuals really get to shine. The instant you’re greeted with Odyssey’s opening cinematic in which Bowser and Mario go toe-to-toe, it becomes clear that you’re in for one beautiful ride.

Of course, Nintendo isn’t usually one for cinematics, and that much remains true for Super Mario Odyssey. It isn’t long before you find yourself in the Cap Kingdom – your very first stop on this journey – and you’re introduced to your traveling companion, a white top hat named Cappy. Cappy has his own bit of rescuing to do, as Bowser has kidnapped his little sister Tiara along with Princess Peach in a plot to force Peach to marry him. That makes Mario and Cappy adventurers in this journey together, and man what an adventure it is. 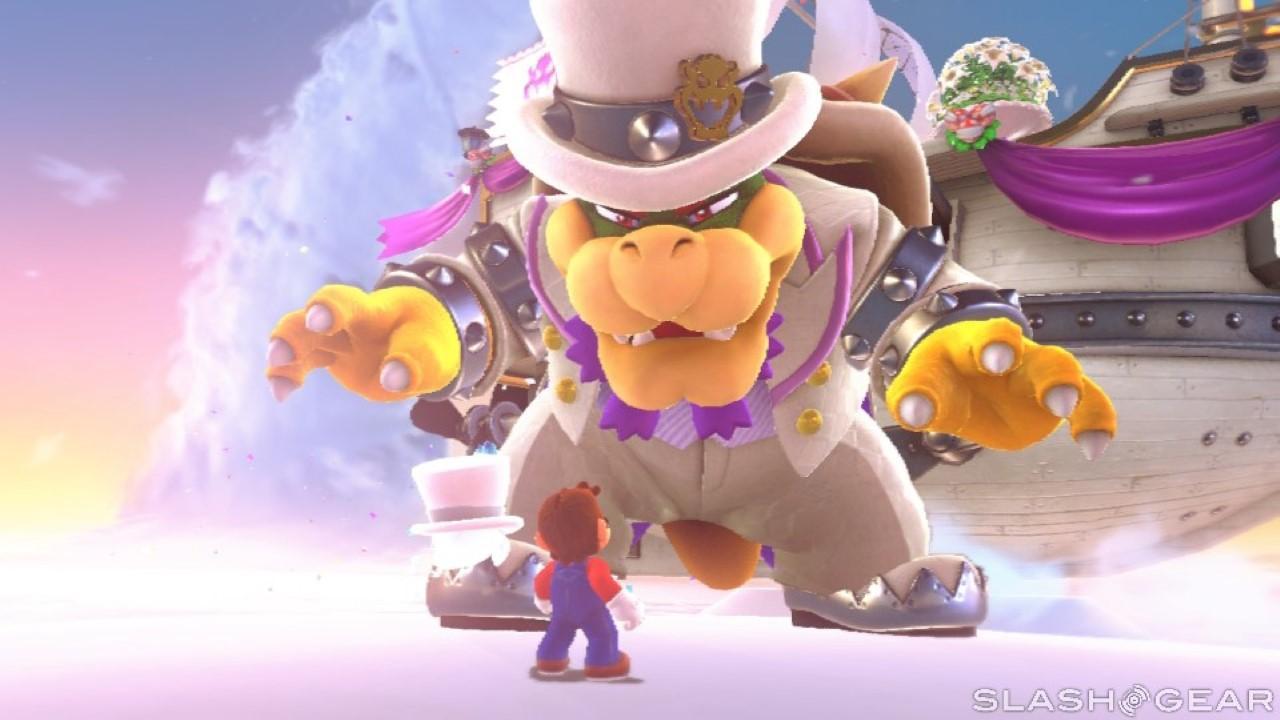 You wouldn’t think that a hat would make a particularly good traveling partner, nor would you think that so many mechanics could be built around it, but you’d be wrong on both counts. As Super Mario Odyssey’s “gimmick,” Cappy is actually wildly successful. Not only does Cappy open up an entire range of movement abilities, but he (it?) also allows you to possess most of the enemies you’ll encounter as you play the game.

The enemies and characters you can “capture” with Cappy include things like a simple Goomba, a Hammer Bro, and yes, even a Tyrannosaurus Rex. In many cases, capturing these enemies goes beyond novelty, as you’ll need their abilities to traverse levels and find hidden power moons. It’s an excellent system, and it’s one that seeps creativity and ensures that the game is constantly surprising. 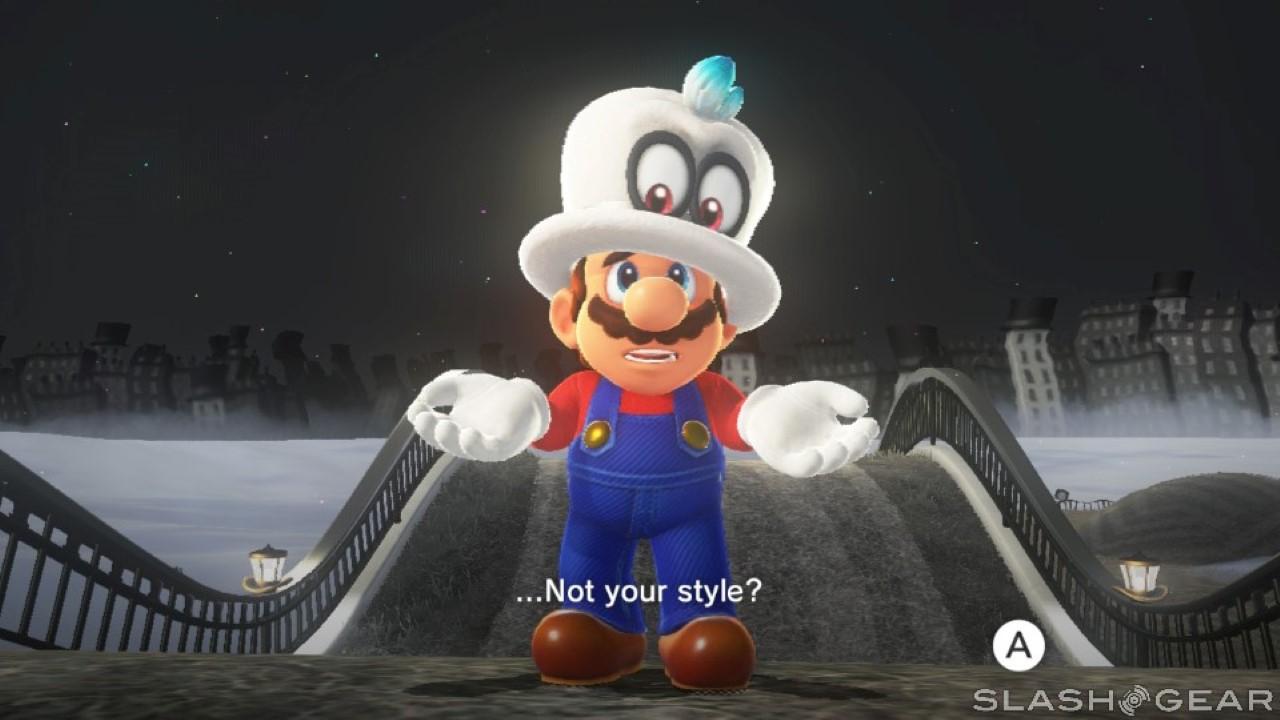 The puzzles that this capture system allows for are very fun and much more varied than I suspect they would be otherwise. Here’s a quick example that I don’t think is too spoilery in its nature: as I was adventuring through one of Super Mario Odyssey’s many kingdoms, I encountered a pink Goomba in lipstick and a big brim hat who was standing alone on a high-up ledge. When I went near her as Mario, she would quickly vanish out of fear. So, I simply captured one of the many Goombas who were strolling around in the area and then jumped on the others’ heads to create an actual, teetering tower of Goombas. I was able to walk up to the pink Goomba on the ledge and, when she saw my (admittedly terrifying) mustachioed Goomba form, she rewarded me with a power moon.

While that sounds like it might be a rather involved example, it’s only the tip of the iceberg when it comes to what you can do in Super Mario Odyssey. Doing things like capturing a Cheep Cheep so you can explore the depths of a water-filled Kingdom are the norm in this game, and if you want to find all of the power moons hidden away in each kingdom, you’ll need to use all of the abilities Cappy grants you and capture every enemy you can. 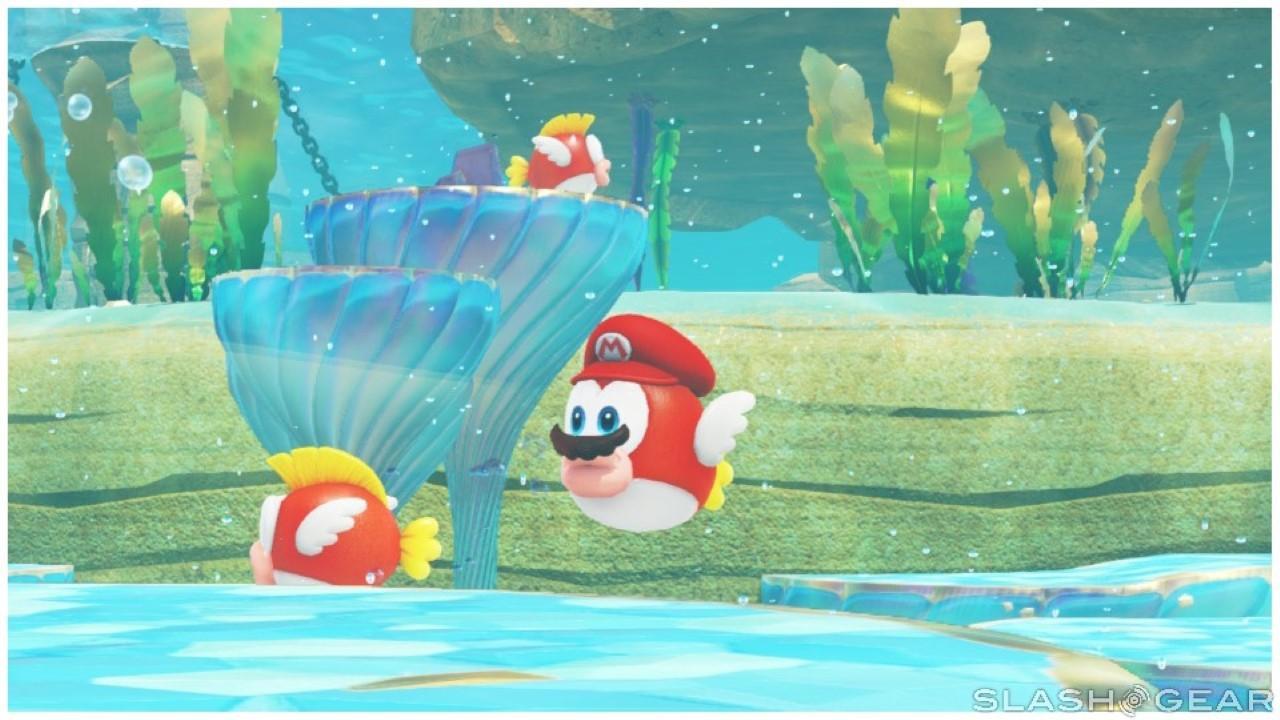 There are a lot of power moons to find as well. While Super Mario 64 and Super Mario Sunshine each topped out at 120 power stars and shines, respectively, there are hundreds and hundreds of moons to find in Super Mario Odyssey. This means that power moons no longer need to be locked away behind specific bosses or tasks. Instead, they’re sprinkled around each kingdom, sometimes only requiring that you walk up and touch them.

At first, I didn’t like this change because it made power moons feel less special than the stars and shines that came before them. As I played longer, however, I began to prefer Odyssey’s system. It’s a great way to keep the player engaged because when power moons can literally be hiding in any corner, it encourages players to explore the world around them. It allows for more open-ended gameplay, and some of the best stories Super Mario Odyssey players are sharing with each other center around finding these out-of-the-way moons that wouldn’t have even been there in Super Mario 64 or Sunshine to begin with. 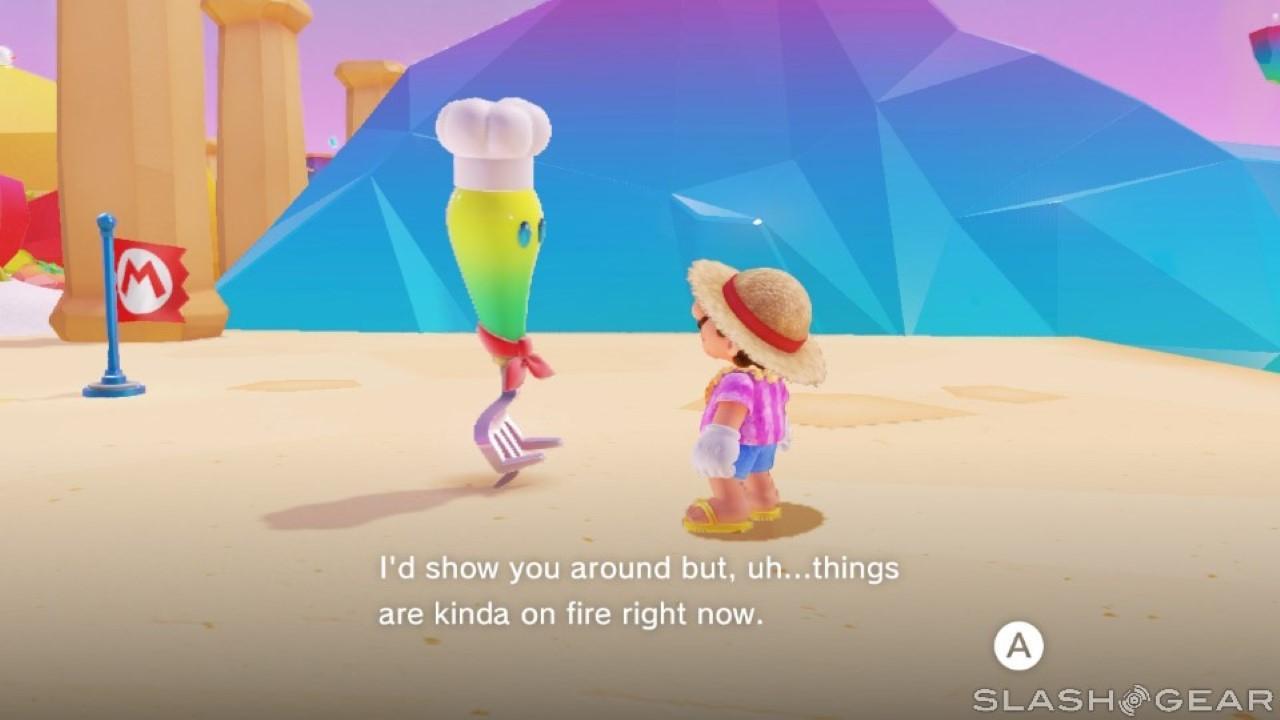 Add to that the fact that you’re never forced to leave one of Super Mario Odyssey’s kingdoms permanently and gameplay becomes even more open-ended. The ultimate goal of the game is to power up your airship, the Odyssey, and give chase to Bowser so you can save Peach. Once you arrive at a new kingdom, you’ll need to find a certain number of power moons before you’re allowed to move onto to the next, but the number is always so small that you’ll have the required moons in no time.

You can, of course, spend as long as you want exploring each Kingdom, but until you beat the game, there will be a certain number of moons that are unavailable to you. In that way, the game almost encourages you to speed through to the end so you can get to the post-game and fully explore each Kingdom. Don’t misunderstand, though: there’s no wrong way to play this game. Making it to the post game as quickly as possible is just as valid as taking your time in reaching Bowser, collecting each Kingdom’s special coins so you can buy up all the different outfits, and just enjoying the scenery until you’re ready to move on. 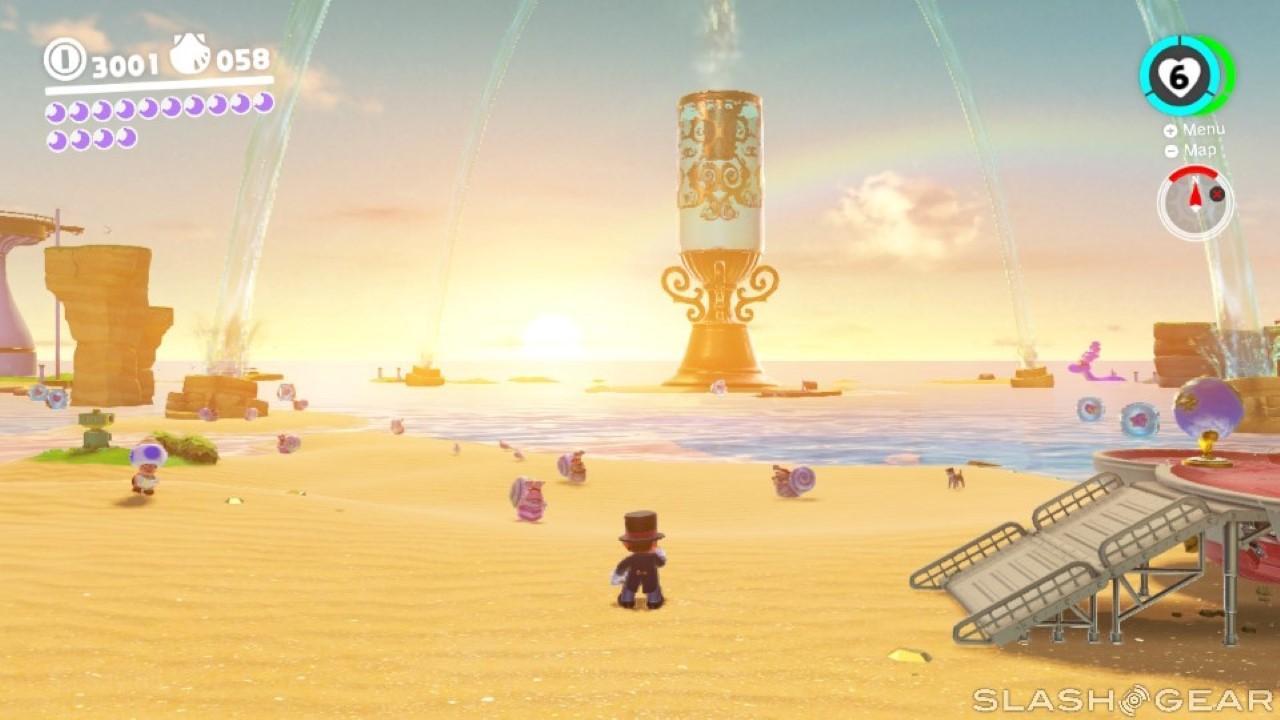 There’s plenty of scenery to enjoy, too. Each and every locale you visit it packed with secrets to find, and arriving at a new kingdom never loses that feeling of excitement. You almost never want that particular gameplay loop to end, because seeing what Nintendo has in store next is something that never gets old.

The same is true for buying outfits for Mario to wear, as strange as that may sound. You spend very little time wearing Mario’s trademark red shirt and blue overalls in this game, as each kingdom offers a number of themed outfits to collect. In the Cap Kingdom, one of those outfits is a tuxedo and a top cap, while visiting the Crazy Cap Shop in the Lake Kingdom will allow you to outfit Mario in all sorts of swimming gear, including an inflatable tube and snorkel. 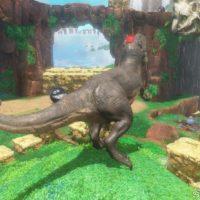 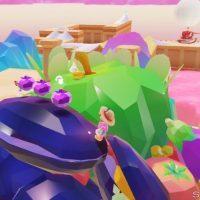 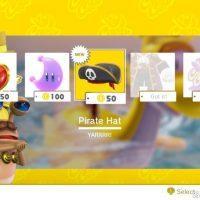 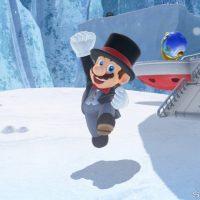 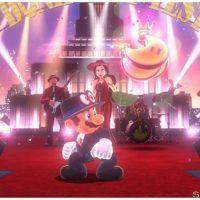 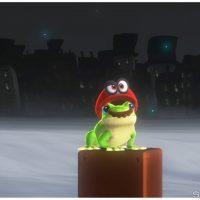 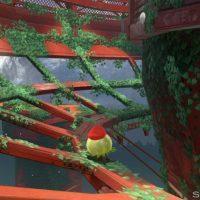 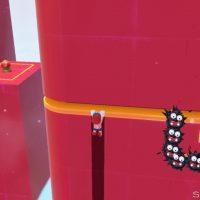 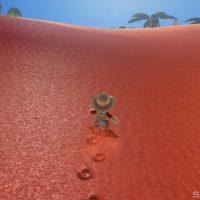 There is so much to this game that it’s difficult for me to maintain a sense of structure as I write this review. Super Mario Odyssey does a good job of instilling a sense of childlike wonder, and I think that may be at the heart of my issue here. I just want to talk about each and every cool thing Super Mario Odyssey has to offer, like a kid who just watched Star Wars for the first time. In an effort to stop my rambling, I’ll say this: Super Mario Odyssey is a game that’s dripping with charm, and the amount of care and effort Nintendo put into creating it is evident everywhere you look.

Super Mario Odyssey is a game you must play. There are no qualifiers to that statement. This is not a game that will be exclusively enjoyed by fans of certain genres or people in a certain age range. This is a game that I’m confident everyone will enjoy for one reason or another. If you own a Switch, this game deserves a spot on your shelf. If you don’t own a Switch, Super Mario Odyssey makes buying one worth it. 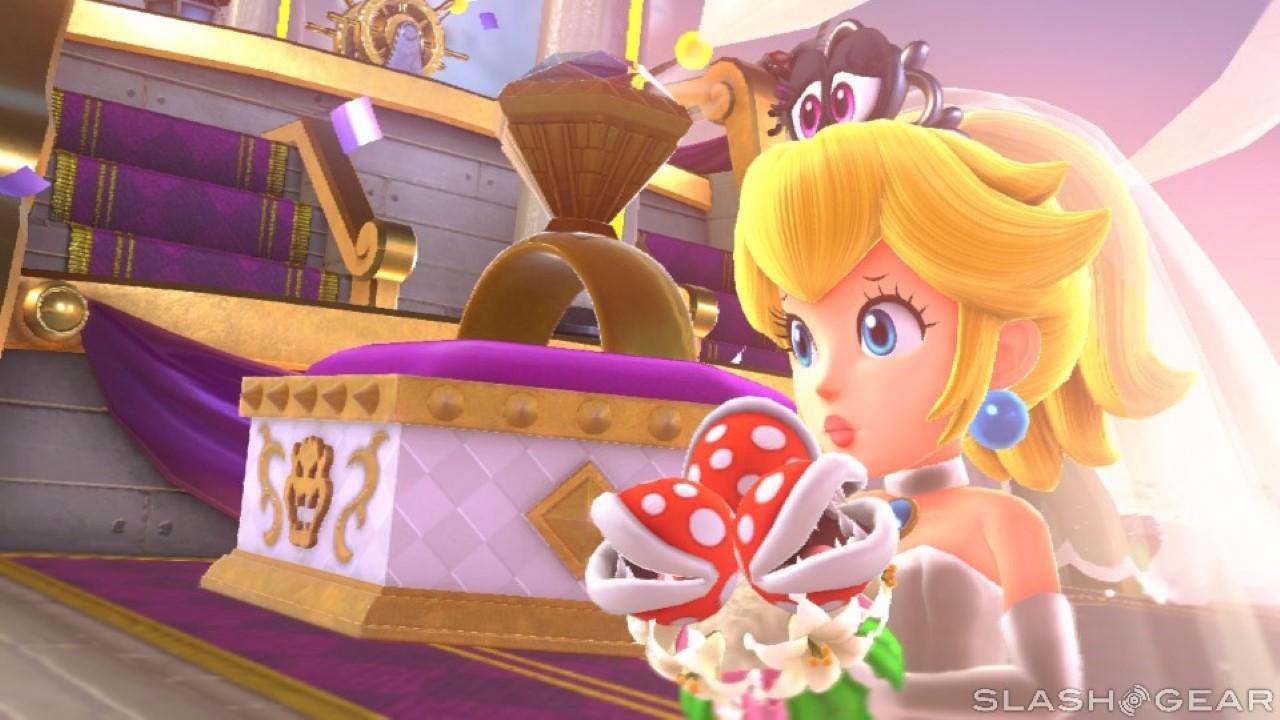 I hesitate to call any game perfect, but at the same time, I’m having a difficult time coming up with any real criticisms. It’s frustrating for some that Nintendo tied some movement abilities to motion controls, but honestly, the only time those motion controls don’t work perfectly is when you’re playing the game in handheld mode. Even then, you can usually find a way around them, so it’s not like playing the game in handheld mode makes progress more difficult.

Aside from that very minor complaint, there’s nothing bad about Super Mario Odyssey that sticks out in my mind. Super Mario Odyssey is a game that’s filled with wonder and whimsy, and you owe it to yourself to play it. My only hope is that we don’t need to wait seven more years to see what Nintendo does next.