If you were one of the approximately four million people who played the original Mario Maker, then Super Mario Maker 2 is going to look instantly familiar in more than ways than one. A number of features are returning relatively unchanged from the first game, namely the course creation process.

There are more items and enemies to add to your stages this time around, and you have more themes and mechanics to play around with, but the process of actually making a stage is mostly the same. If anything, it’s better than it was in the first game, if only because you don’t need to spend a ton of time placing stage elements to unlock new items and enemies. 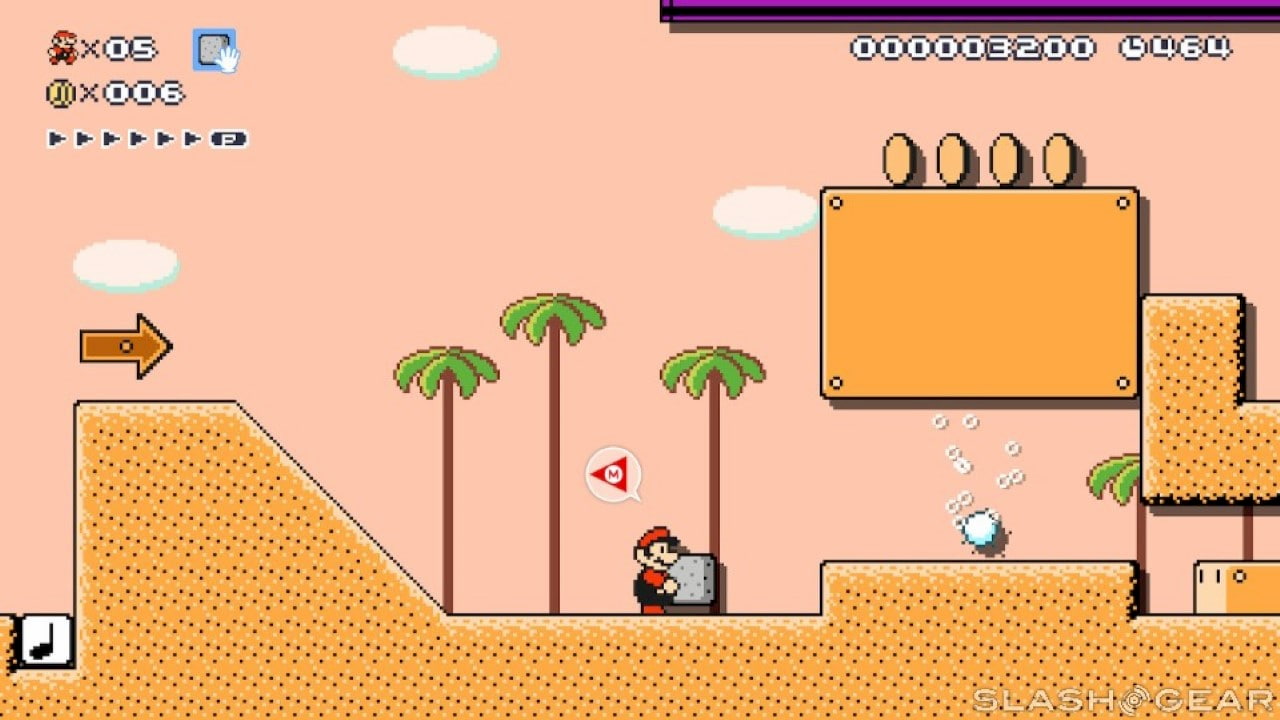 There are still a few things you’ll need to unlock, but for the most part, you have access to most stage elements from the get-go. This means that you can dive right into creating stages, which is exactly what I did. I have to admit that I never thought I’d miss having the Wii U gamepad, but creating stages in Super Mario Maker 2 is definitely a little rough without it at first (at least in TV mode). For those who are used to using a gamepad to create stages, using a Pro Controller or the Joy-Cons definitely takes a little bit of adjusting.

If you’re in handheld mode, though, you’re forced to use the touchscreen when creating your stages, which emulates the Wii U experience fairly well. However you create your courses, it can be a little intimidating at the outset because you’re presented with a lot of options and not much in the way of direction. 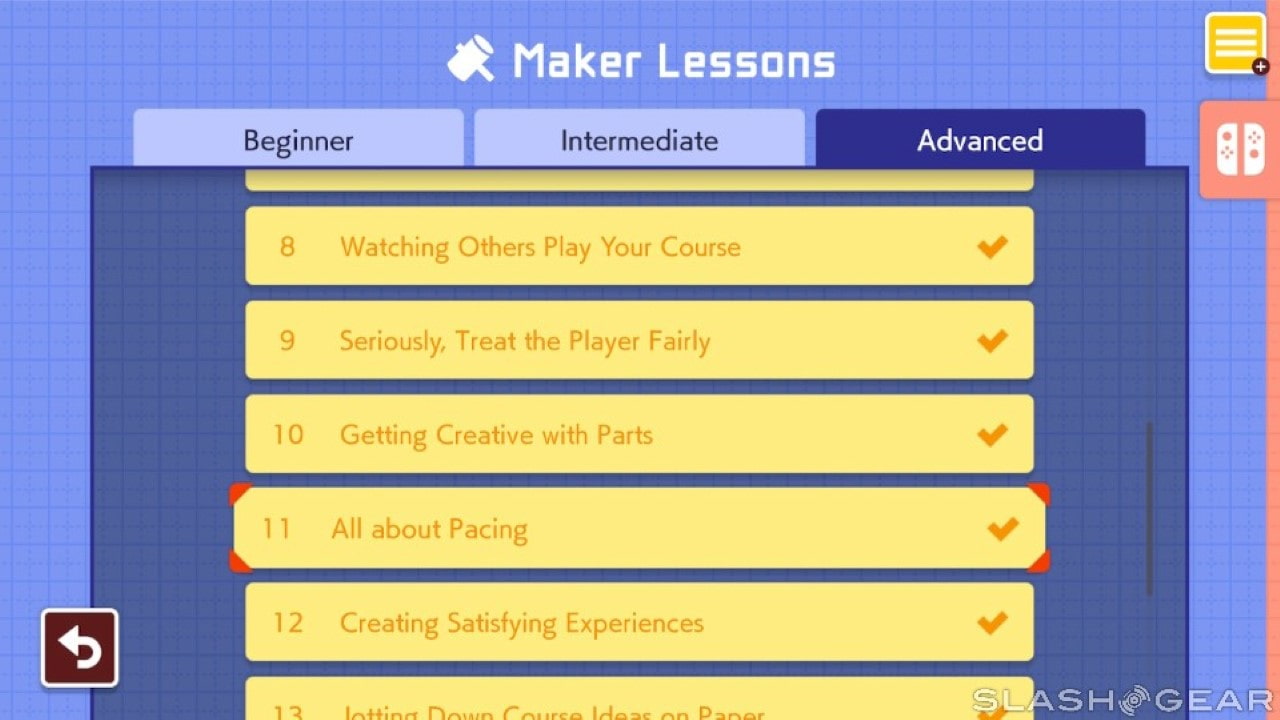 This is where the beauty of a game like Super Mario Maker 2 begins to shine through. There is a series of 45 tutorials (45!) you can go through if you like, but even if you decide to, they really just give you general guidelines – they’re also really fond of reminding you to treat players fairly. There are no hard rules on what makes a good course and what doesn’t, so it’s up to you to figure out how to make a course that’s well-designed, fun, engaging, and memorable.

Learning how to do that is a lot of fun in itself. It’s very easy to get lost creating courses, trying out different themes or combinations of enemies or platform layouts. There’s a lot of trial and error to it, and sometimes it takes a while to get the design of your level down. When you finally put the finishing touches on a course, though, and you upload it for other people to play? That’s a very rewarding feeling, and it’s one you’re probably not going to find in many other games, if you find it in any at all. 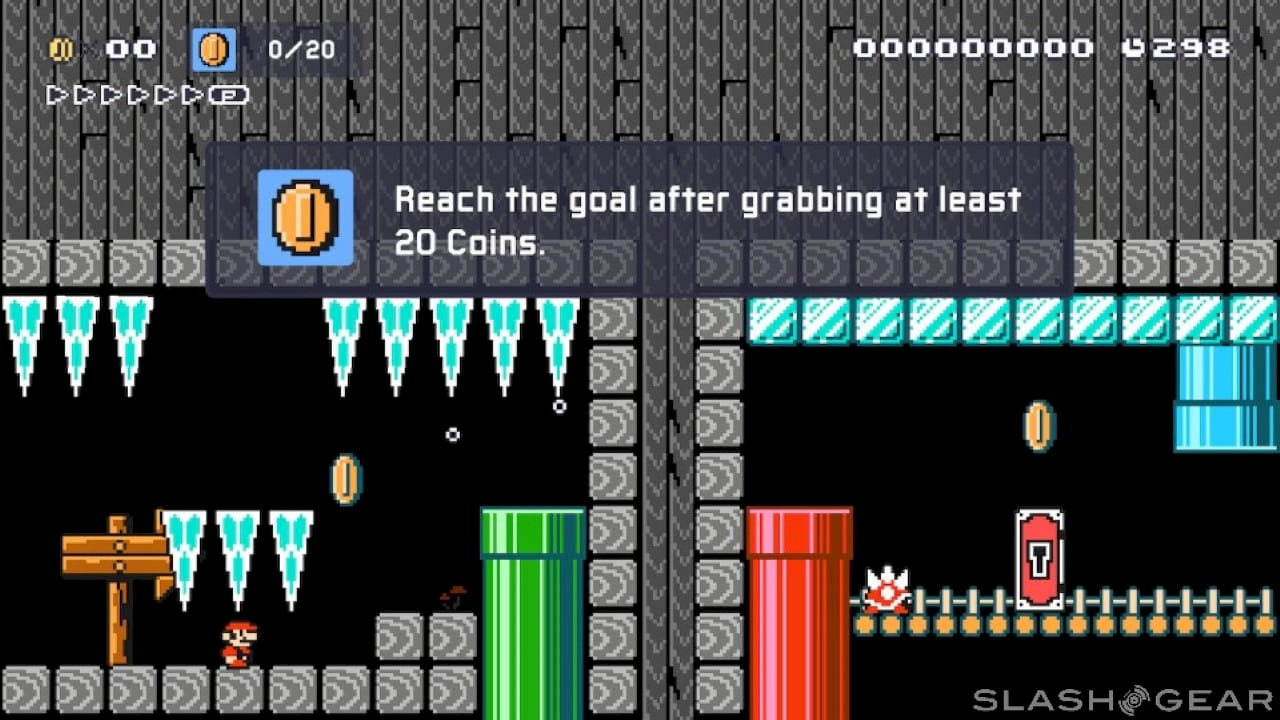 Creating courses is only one part Super Mario Maker 2, despite the fact that it’s probably the main focus for a lot of players. With so many people making whatever they can cook up, there’s no lack of courses to play through, and that can be done in a few different ways. You can get a code from someone else and enter that directly in Course World to either play or download that level, or you can hop into one of a variety of game modes.

Endless Mode is likely the mode people will spend the most time playing. In this mode, you select a difficulty and play a random assortment of levels until you’re out of lives. The number of lives you start with increases depending on the difficulty, but regardless, you’re never going to start with very many. You can collect lives in the stages you play, though, and here we come to a small but still significant change between the original Mario Maker and Mario Maker 2. 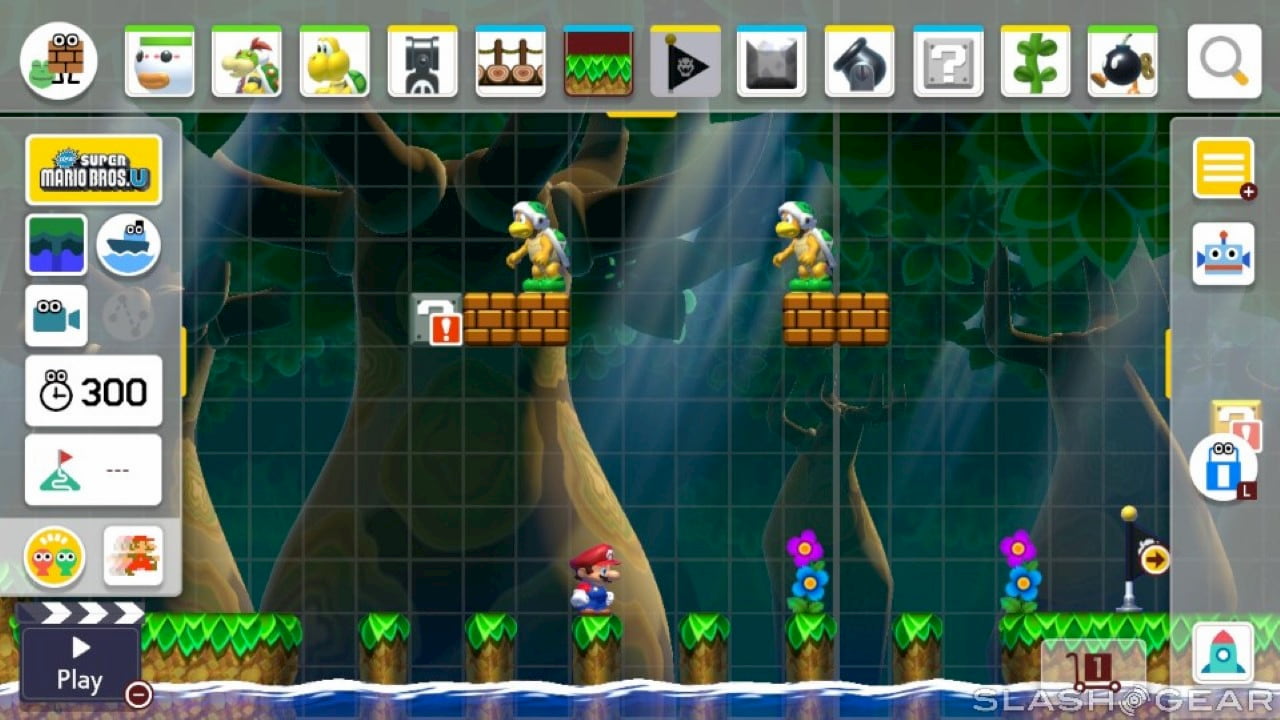 This means that stage creators actually have a reason to hide 1-Ups or large amounts of coins in their stages and players have a reason to look for them. As I said, this is a small change, but for whatever reason, I’m really excited that extra lives and coins actually mean something in Super Mario Maker 2. While 100 Mario Challenge and Endless Mode both have their strengths and weaknesses as game modes, I have to say that I enjoy Endless Mode more than I thought I would at the outset.

Any way you play these user-created courses, you’re in for quite the ride. Courses made by other players vary greatly in terms of quality and fairness – some of them areexcellent, some of them are infuriating. You’re going to encounter of healthy mix of courses that are really good and courses that are, frankly, dire. It’s insanity, diving into the endless list of player-made courses, but as the title of this review states, it’s beautiful at the same time, because no two courses are ever going to be the same. 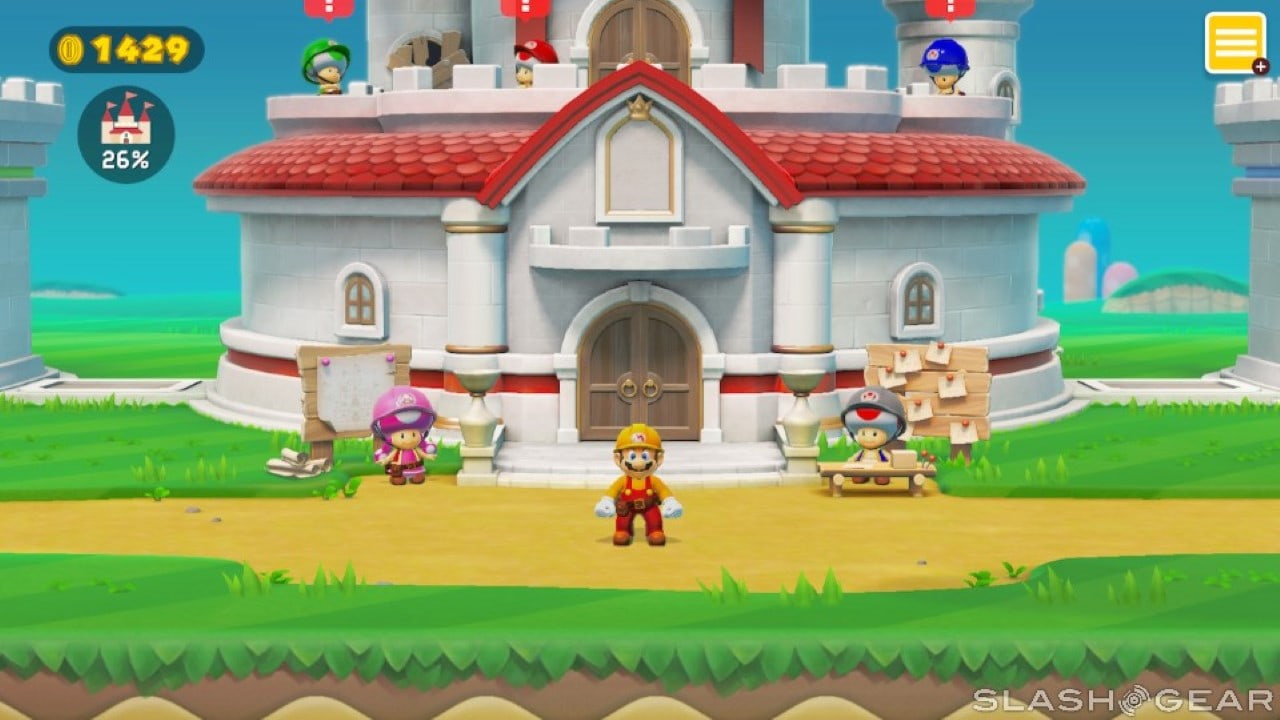 There are some other modes to participate in as well. Story mode takes you through 100 Nintendo-made stages, so in some ways, it’s kind of like a long Mario Maker lesson from the masters. I don’t think Story Mode will be the main draw for most people, but it’s fun enough for what it is and there are some challenges to be found throughout. You’ll need to play through Story Mode if you want to unlock SMM2’s few hidden items, but I won’t spoil that here for anyone who hasn’t done it yet.

I will say that if you ever hit a creative block when creating courses of your own, playing a few stages in Story Mode might help you find some inspiration. Playing courses made by other players can certainly help too, but those tend to be all over the place in terms of quality and mechanics. Generally, I found it was better to revisit the stages made by Nintendo when I was waiting for inspiration to strike.

So, Story Mode is solid, Endless Mode is surprisingly great, and the course creation process is as excellent as it was in the original Super Mario Maker. You can unlock various creator costumes for you Mii to wear by completing all sorts achievements, and there’s even a “Boo” button you can select when you encounter a stage that isn’t any fun to play. All in all, Super Mario Maker 2 is shaping up to be a great game in pretty much every regard, right? 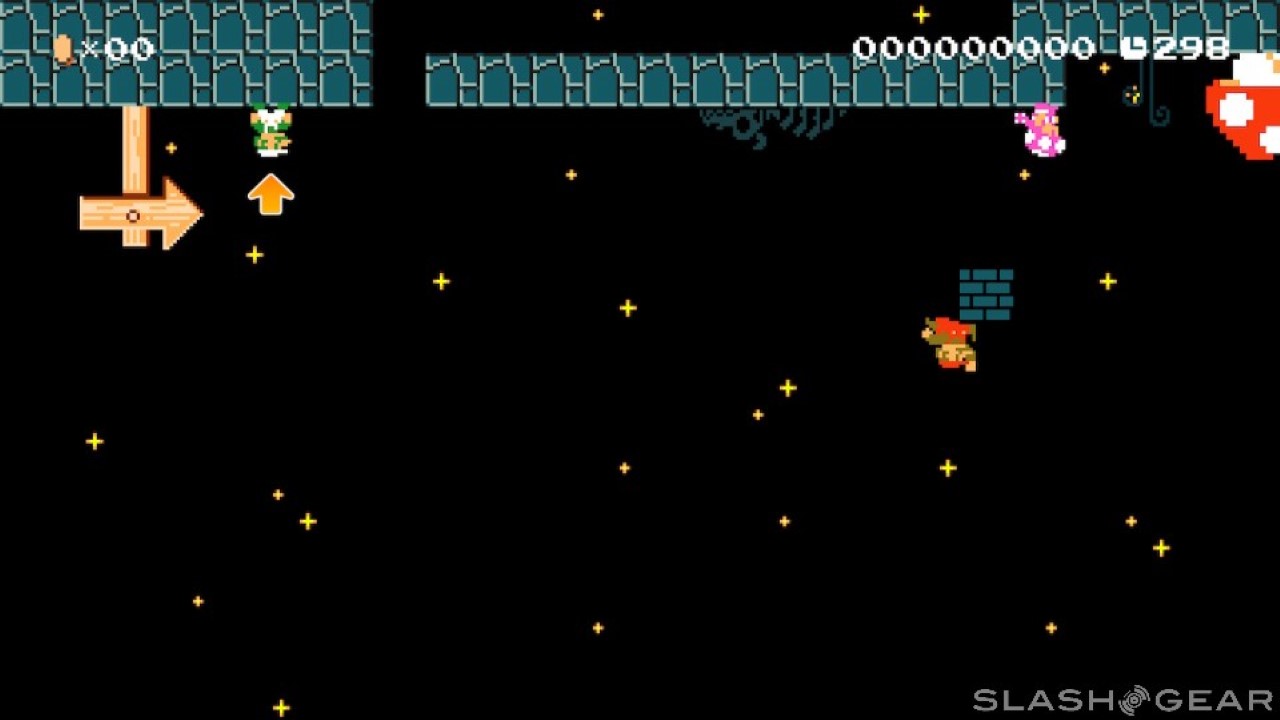 Sadly, it falls just short of that distinction. While most of the game is very good, there’s one aspect that acts as a giant blemish on the whole package: multiplayer. Creators now have the option of making courses either for cooperative or competitive multiplayer, and players can queue up with others from around the world to play through them. For competitive multiplayer, there’s even a ranking system in place, which is something I definitely wasn’t expecting to see in a game like SMM2.

All of that sounds really awesome on paper, but in practice, online play in Super Mario Maker 2 is a mess. More often than not, cooperative and competitive multiplayer just becomes a lag-filled exercise in frustration. Some stages are better than others – and I suppose that just depends on who I’m matched with – but in the majority of the multiplayer stages I’ve played, lag was present to some degree. 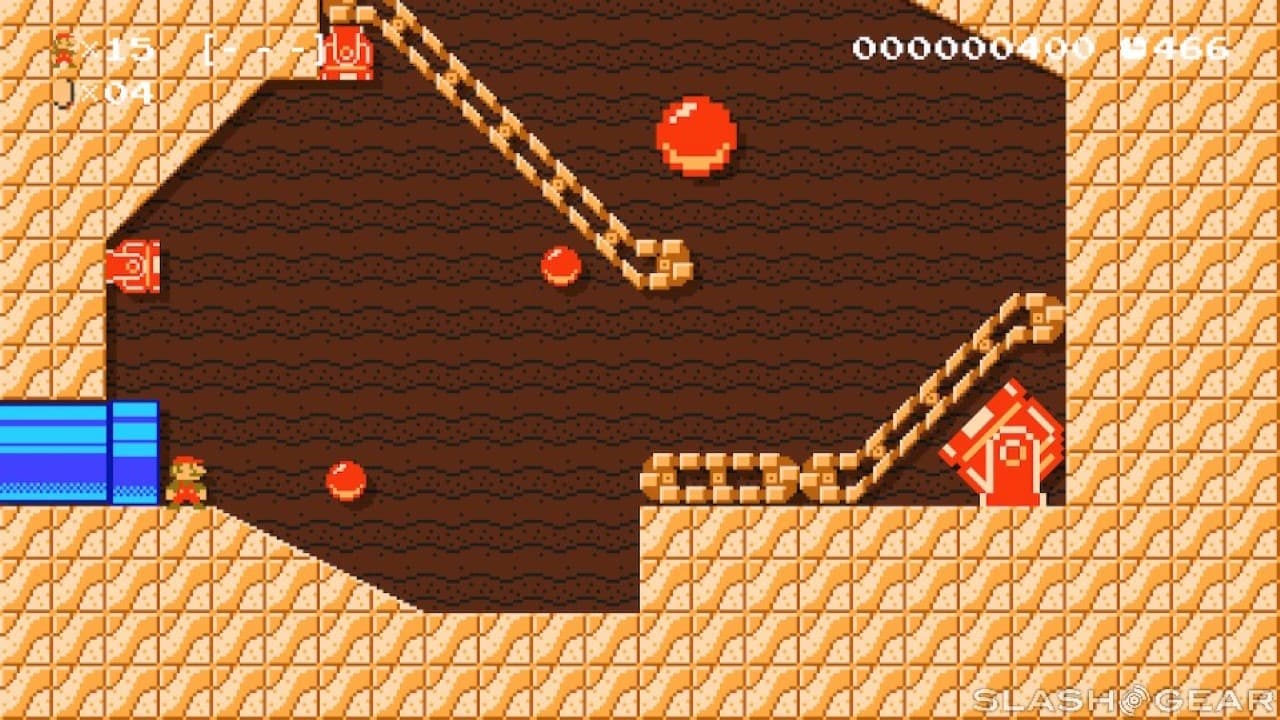 With as brutal as some of these Mario Maker stages can be, encountering any amount of lag often just kills the experience. I want to be able to enjoy multiplayer because the idea behind it seems really good, but once again, Nintendo’s half-baked online service sucks all the fun out of it.

It’s getting to the point where I’m wondering why I’m even bothering to pay for Nintendo Switch Online. I can’t think of one Switch game I own where I’ve actually had a consistently lag-free experience playing online. Even at only $20 per year, Switch Online doesn’t feel like a good value. It’s a real shame too, because the way Nintendo has implemented multiplayer in Super Mario Maker 2 is really clever and should be a lot of fun. I want the company to keep implementing multiplayer in creative ways, but that won’t mean anything if Switch Online continues to be as bad as it is.

In most regards, Super Mario Maker 2 is a wonderful game. Playing courses created by other players will sometimes frustrate you to no end, but other times it’ll be illuminating. Sometimes you’ll find a stage that’s really well made and be left in awe by the sheer creativity of its maker. There’s a ton of fun to be had in even playing a good level over and over again just so you can claim the world record clear time.

Creating your own stages is one of the most uniquely satisfying experiences you’ll have in modern-day gaming. Seeing the play count (and, if you’re lucky, the like count) rise on those stages is even more satisfying. If there’s one complaint I have about the course creator, it’s that you can only upload 32 courses before you have to start deleting some of your creations. For those who like to make “full games” in Mario Maker (and those who like to play through them), this is definitely disappointing, as the original eventually let you upload 100 courses. I’d like to see that cap raised in the future. 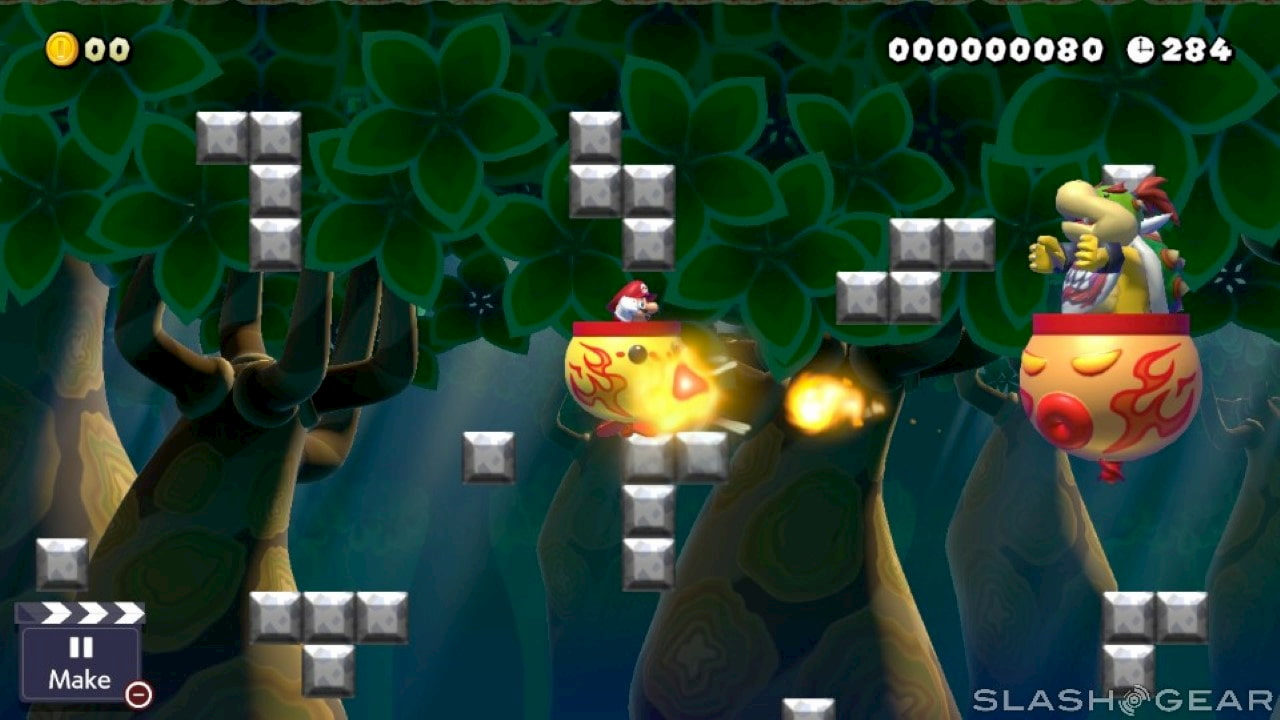 Nearly everything about this game, from Story Mode and Endless Mode to the course creation process is a joy, and then you jump into multiplayer mode and you’re left wondering why Nintendo thinks leaving Switch Online in this state is acceptable. Nintendo needs to do something about the quality of Switch Online, and Super Mario Maker 2 proves that.

Still, if you enjoyed the first Mario Maker, you’ll find plenty to love here. Even if you didn’t play it, Super Mario Maker 2 is worth a buy for anyone who likes 2D Mario or would like to try their hand at course creation. Just do yourself a favor and temper your excitement for online play, because you’ll probably be disappointed if you go in expecting a stable experience.