Study: Ad-blocking software use is rising at breakneck speed

AdBlock and apps like it are the bane of ad-supported websites, and an occasional bit of browser extension-based guilt for users. On one hand, no one wants to deal with ads, at least not the poorly utilized ads found on many websites. At the same time, many users recognize that their favorite websites probably depend on those advertisement dollars, and so they may disable AdBlock for certain websites. Many ad-blocking users don’t bother doing the latter, however, and that makes a new report from Adobe and PageFair particularly worrisome for companies. 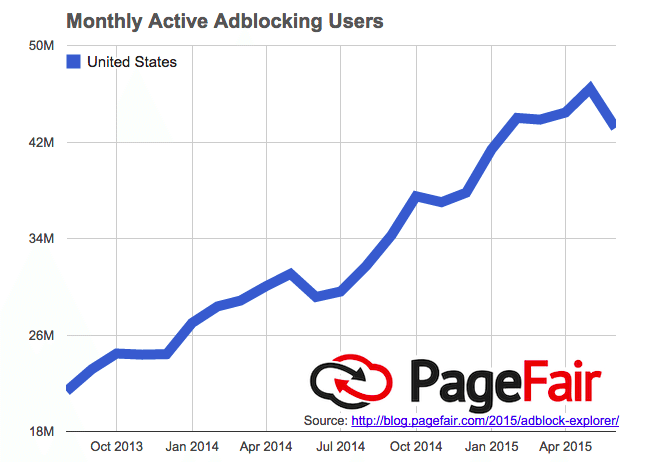 Looking at the global total, there are about 198 million “active” adblock users on the web, a number resulting from a massive 41-percent global increase in the use of ad-blocking software over the past 12 months.

The U.S.-specific use of adblock grew even faster, rising 48-percent to 45 million active users over the past year ending in June. Internet users in the United Kingdom represents the largest percentage of growth, however, with the number of active users rising by 82-percent over the past 12 months to 12 million users.