Despite Epic Games’ attempts to overthrow it, Valve’s Steam remains the king of PC games stores. As such, it has thousands of games under its roof to the point that looking through what’s available can easily become overwhelming. Sure, there is a search function as well as tags but even those can be too generic or require knowledge beforehand. After baking in its Steam Labs since December, Valve is finally rolling out a major new addition to Steam’s interface, organizing games into different categories that seems to encourage exploring the overloaded library of games.

Different gamers like different kinds of games but the usual classification by genre sometimes isn’t enough. Some gamers like RPGs but others prefer certain game mechanics instead of genres. Analyzing how gamers browse its Steam library, Valve discovered that players used three primary entry points which it has now translated to Categories.

Genres can be quite broad so, unsurprisingly, Steam further categorizes them down to sub-genres. RPGs have, for example, JRPGs and Rogue-likes while Simulation has Building and Dating. These pretty much reflect the tags that are available already in Steam, just with a more visible organizational structure.

More interesting, however, are the Themes and Player Support sections. Themes are overarching topics that can span multiple genres while Player Support revolves around game mechanics or hardware requirements. The latter is where you’ll find Single versus Multiplayer games or LAN versus MMO titles. 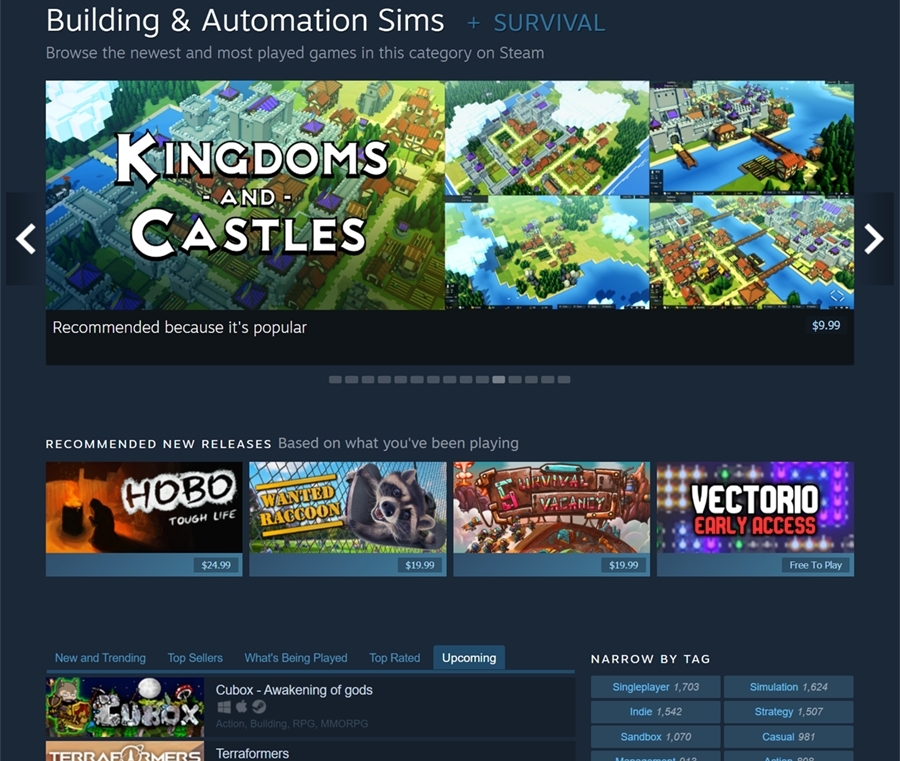 Each of these entry points has its own content hub where you’ll be able to see New and Trending games as well as Top titles in each Category. These changes are designed to make the browsing experience smoother for those who want to discover new titles or don’t know what they’re looking for. Others, however, might find it actually a bit more convoluted and might stick to using the old search-based system.