Steam Proton has opened the gaming floodgates for Linux users

The Linux (or GNU/Linux) operating system has always been promoted not only as a free (of monetary costs) alternative to the likes of Windows or macOS, it is also praised for its security, privacy, and adaptability to all kinds of devices and use cases. Despite those strengths, it retains an almost fractional slice of the consumer desktop market for various reasons. One of the most cited reason is having no access to the most popular PC games in the market. Almost two years ago, Valve released its Proton tool for Steam and it has had a tremendous though mostly unpublicized effect on the Linux gaming market.

Proton is something like a compatibility layer that would allow games developed for Windows to run on Linux. Itself based on WINE (WINE Is Not an Emulator) that does the same for Windows programs in general, Proton is slowly being enabled for a few titles only but Linux users have always had the option to use it on any and all games in their Steam catalog to varying degrees of success.

Given how running Windows games on Linux via WINE has been a hit or miss affair for years, it might be easy to downplay its effects on the Linux gaming market. Fortunately, the Linux gaming Boiling Steam site puts some numbers into perspective. Using the unofficial ProtonDB community site’s stats, it estimates that almost 6,000 games on Steam have been registered, and these are just those labeled a “Platinum” titles. 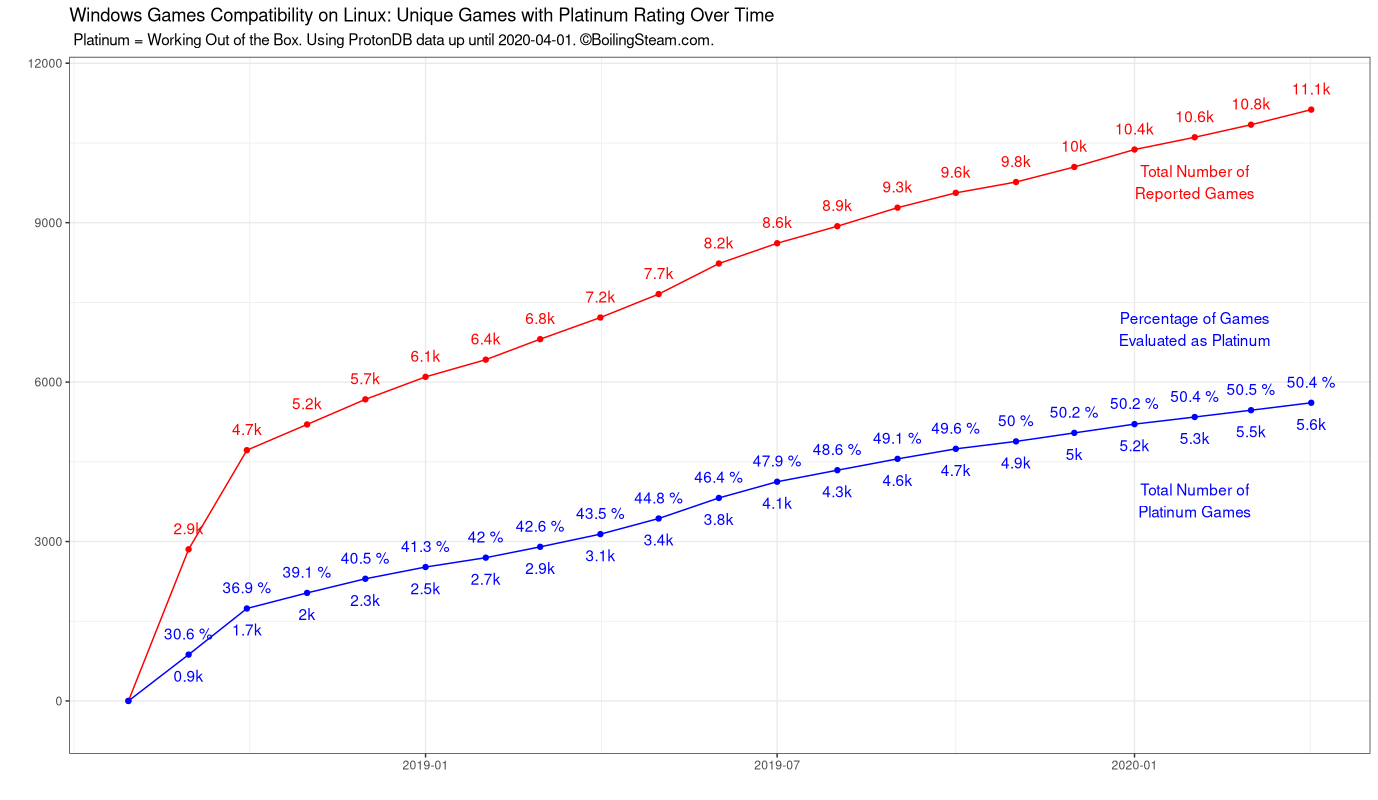 These Platinum games are titles that have been reported to run on Linux via Proton without any modification whatsoever. The site theorizes that the total number might even be higher if you take into account games that require very small changes, like a settings flag or command line option. There could be hundreds more that are also undocumented on ProtonDB.

While many Linux users would prefer that games themselves support the OS natively, it isn’t something that is easy or financially feasible for some. This news could at least help raise the profile of Linux as a viable gaming platform to attract more gamers into the fold. And with more gamers, developers and publishers might also have more incentive to support it for their next AAA title.