Star Wars wall-mounted heads glow, are up for pre-order

Having animal heads mounted on one’s wall has thankfully fallen out of fashion, but there’s a new type of decoration to fill the void: wall-mounted Star Wars characters’ heads, which have the added perk of glowing and add simulated cracks to your drywall. The wall-mounted heads are the type of thing you’d find in a kid’s room or similar places, but this isn’t a place of judgement — having a glowing Darth Vader smashing through your entertainment room wall is awesome, and there’s no shame in acknowledging that.

Three of the more popular Star Wars characters are available: Darth Vader, Yoda, and Boba Fett. They were designed by 3D Light FX, and feature integrated lights that are operated on batteries (3 AA to be exact). Because the bulbs are LED, they’ll run for a long while and won’t get hot to the touch. 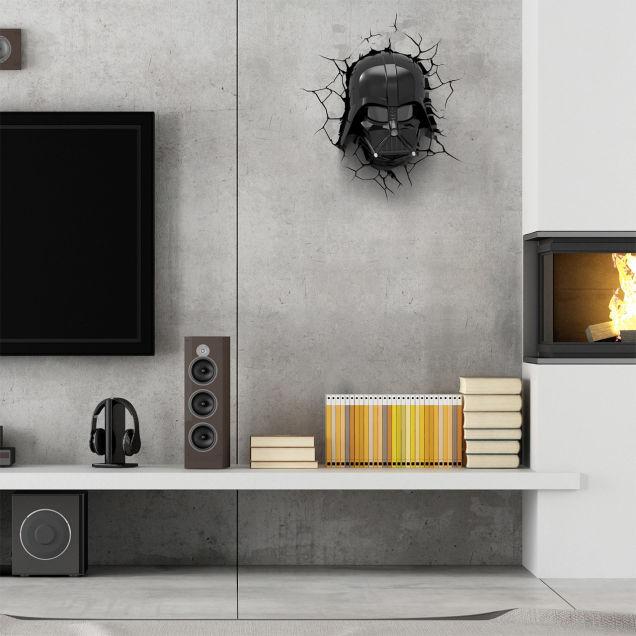 The heads measure in at 12-inches in height, and the cracks behind them come in the form of a sticker, meaning you aren’t required to have them on the wall if you don’t want them. The light is bright enough to be seen during the day, but gentle enough to serve as a night light at night.

The heads aren’t yet shipping, but they have been put up for pre-order up at GeekShak, where you can get them all bundled for $144.99 or individually for $49.99 USD. Head on into our Star Wars tag portal to see some of the latest news and product reviews!