As the release date for The Force Awakens draws nearer, Disney and Lucasfilm have just announced a new Star Wars mobile game that will fill in some of the story between the new movie and the original trilogy. While it may be difficult to expect a RPG on mobile be anything better than mediocre, Star Wars: Uprising has high ambitions, and even though there are free-to-play elements, the story being told is part of the universe’s new canon.

Uprising‘s story will take place following the events of Return of the Jedi, after the Battle of Endor. You will create your own character, and reside in the Anoat Sector — the same location as Hoth — which is still struggling under the control of an Imperial governor.

The game is made by mobile developer Kabam, which describes it as a dungeon crawler with combat controlled by gestures. And while Uprising is free-to-play, Kabam says there are no mechanics like stamina or anything else that forces to you pay money in order to keep playing, nor paywalls of any kind.

Players will be able to go to someone who sells gear, and pay real money for items, but that same loot will still drop while engaging in battles through the story. Kabam says Uprising will be what they like to call “white hat free-to-play,” and that’s from Daniel Erickson, who used to work at BioWare as the creative director on Star Wars: The Old Republic. 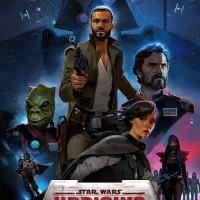 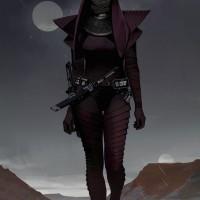 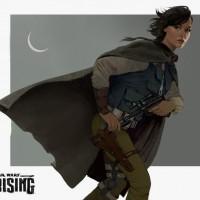 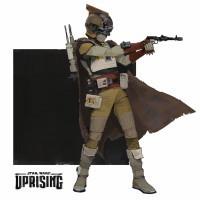 As for the story and classic characters appearing in the game, Erickson would only say that there are a few who would show up, but “they are not the stars” of Uprising. Rather, the focus will be on the small handful of characters introduced, and their struggles in that part of the galaxy.

There’s no firm release date for Star Wars: Uprising yet, but it is slated for autumn. Kabam says they will begin beta testing in the next few weeks.