On November 28, EA will push out a Star Wars Battlefront 2 update that brings Obi-Wan Kenobi to the game. The new character will be included as part of the Battle of Geonosis update, his arrival coming a couple months before the Anakin Skywalker addition in February. The character will include his trademark blue lightsaber and a slew of abilities.

According to EA, the Obi-Wan Kenobi character — which features actor Ewan McGregor’s likeness — will feature better blocking abilities than any other Jedi in the game. As well, the upcoming character will have stamina and defense abilities tailored for chained, overpowering melee attacks. 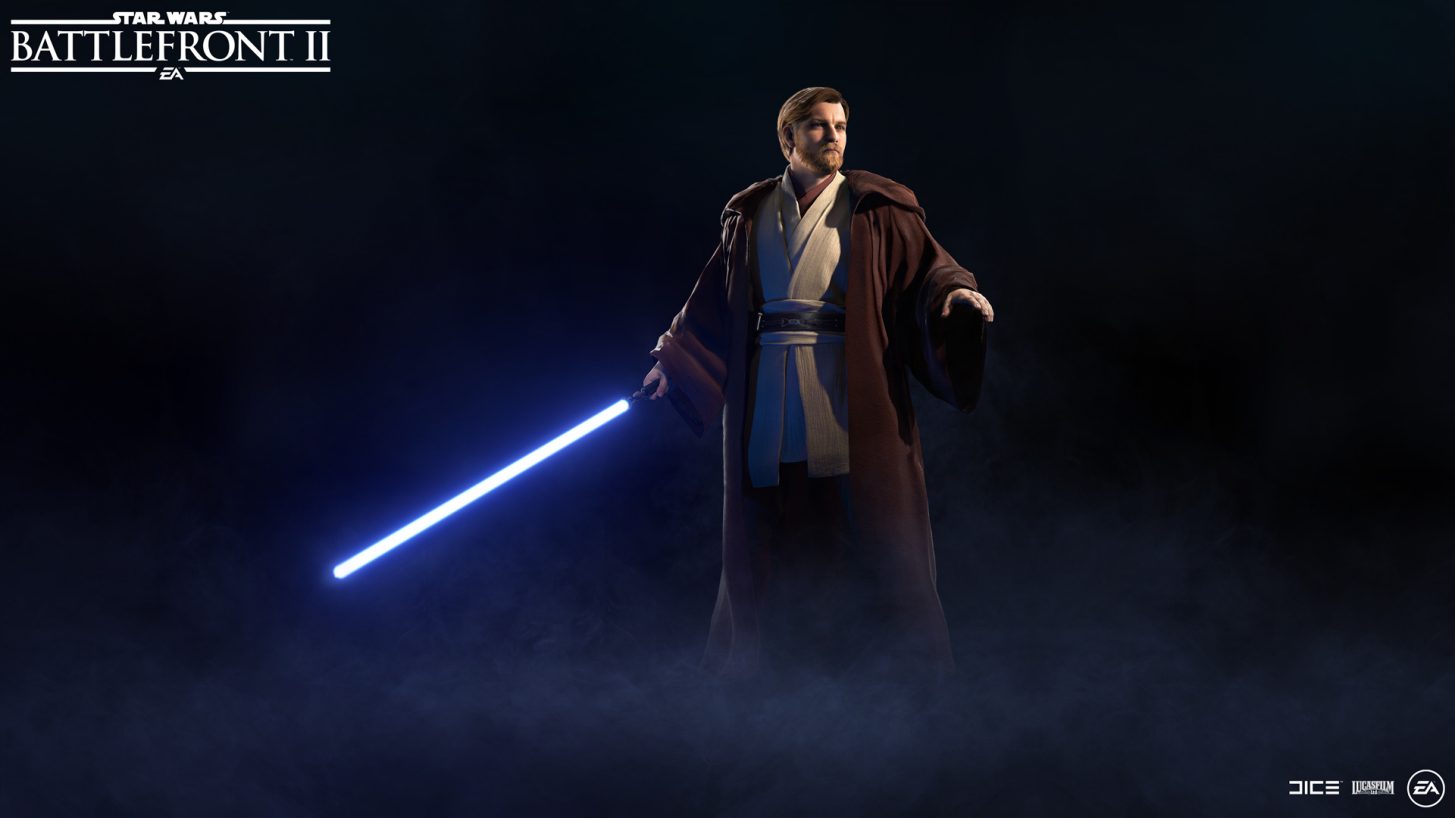 Players can expect the variety of Obi-Wan presented during the Clone Wars, the company says, particularly when he was commanding the 212th Attack Battalion. Specific abilities include the Restrictive Mind Trick Ability, which disrupts a victim’s own abilities for a brief time, as well as Defensive Rush Ability, which causes him to rush forward while swinging his lightsaber and deflecting shots.

As well, the new character will have the offensive ability All-Out Push, which is akin to the push found with Luke Skywalker, but including more focus and an optional increased range. Ultimately, EA designed the new addition to be “composed, defensive, and a true master of the Force.”

Obi-Wan will be available in his Jedi tunic, but EA says that a Robed Appearance look (above) will be available to buy with Crystals or Credits starting on November 28, the latter of which are earned during gameplay. Later on — EA didn’t provide a date — players will also be able to use Credits or Crystals to get the General Kenobi look from his time as commander of the aforementioned attack battalion.