The blue whale is notable for being the largest species on Earth. For the first time, researchers from Stanford University have recorded the heart rate of one of these whales in the wild. The measurement of the whale suggests that the heats operate at extremes and may limit the creature’s size. To measure the heart rate of the whale, the team used four suction cups to secure the sensor tag to the animals as the heart rate was recorded via electrodes embedded in the center of the two suction feet.

The team says that they had no idea that their test would work, and when they first saw the data, they were skeptical of it. Perusal of the data gathered eventually turned up the heart rate information the team looked for. The data suggests that a blue whale’s heart is already working at its limit. 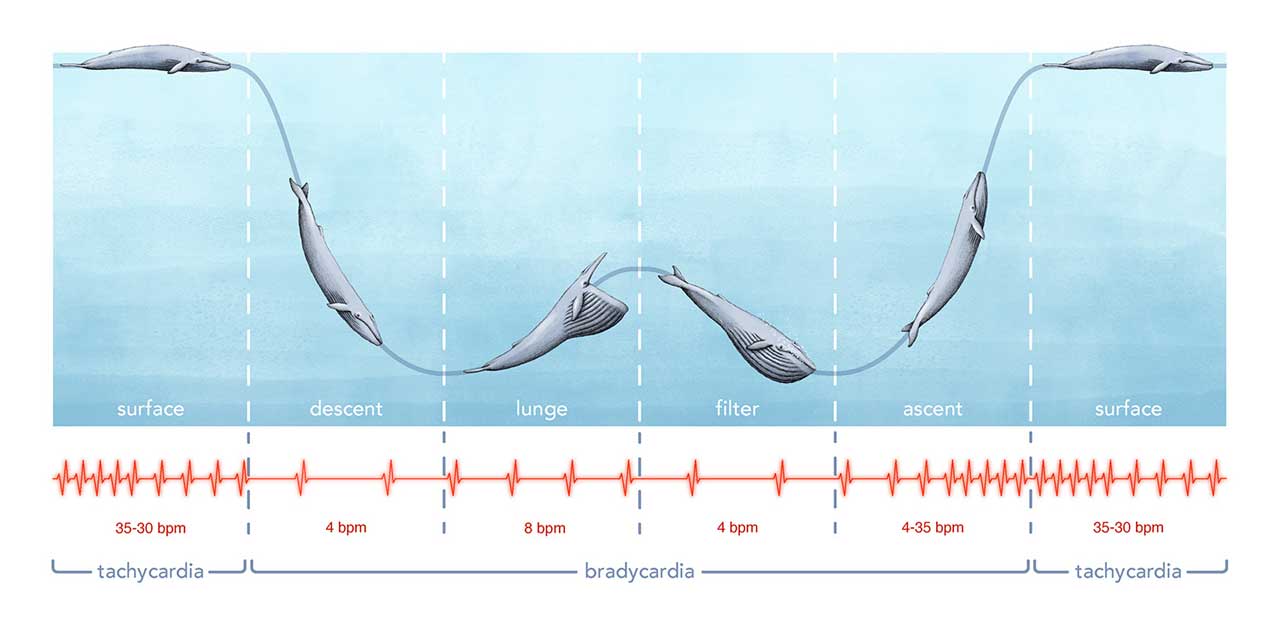 They think that the limit is why the whale didn’t get any larger. The team says that the data also suggests there are unusual features of the whale’s heart to help it perform at these extremes. The suction cup tags were out onto the whale without knowing if they would stay on due to the accordion-like skin of the whale that stretches when it opens its mouth to feed.

The team says the data is interesting because it shows the highest heart rate almost outpaced predictions while the lowest was 30 to 50% lower than predicted. The team thinks this is explained by the stretchy aortic arch of the whale heart that slowly contracts to maintain some additional blood flow in the creature.