SpaceX CEO Elon Musk recently retweeted something from someone named Kendall Dirks that showed a rendering of the Deimos offshore spaceport. The image shows something resembling an offshore oil rig that floats on the ocean’s surface, but rather than drilling deep underground for oil, Deimos will be used to launch SpaceX rockets from the ocean.

The caption that goes with the image of the floating spaceport says, “Starship fuels up before liftoff on its offshore launch platform Deimos.” Musk has offered no details at all on the platform concerning how large it is or precisely when it might be ready for use. The only details we have comes from the tweet Musk made where he states that the ocean spaceport is under construction for launch next year.

With its own floating launchpad, presumably, SpaceX would be able to shave costs from its rocket launches compared to launching from traditional launching pads operated by the US Space Force and others. SpaceX has a high launch cadence as it’s currently being used to send astronauts to the ISS as well as supplies while launching multiple rockets to put its Starlink satellites into orbit. 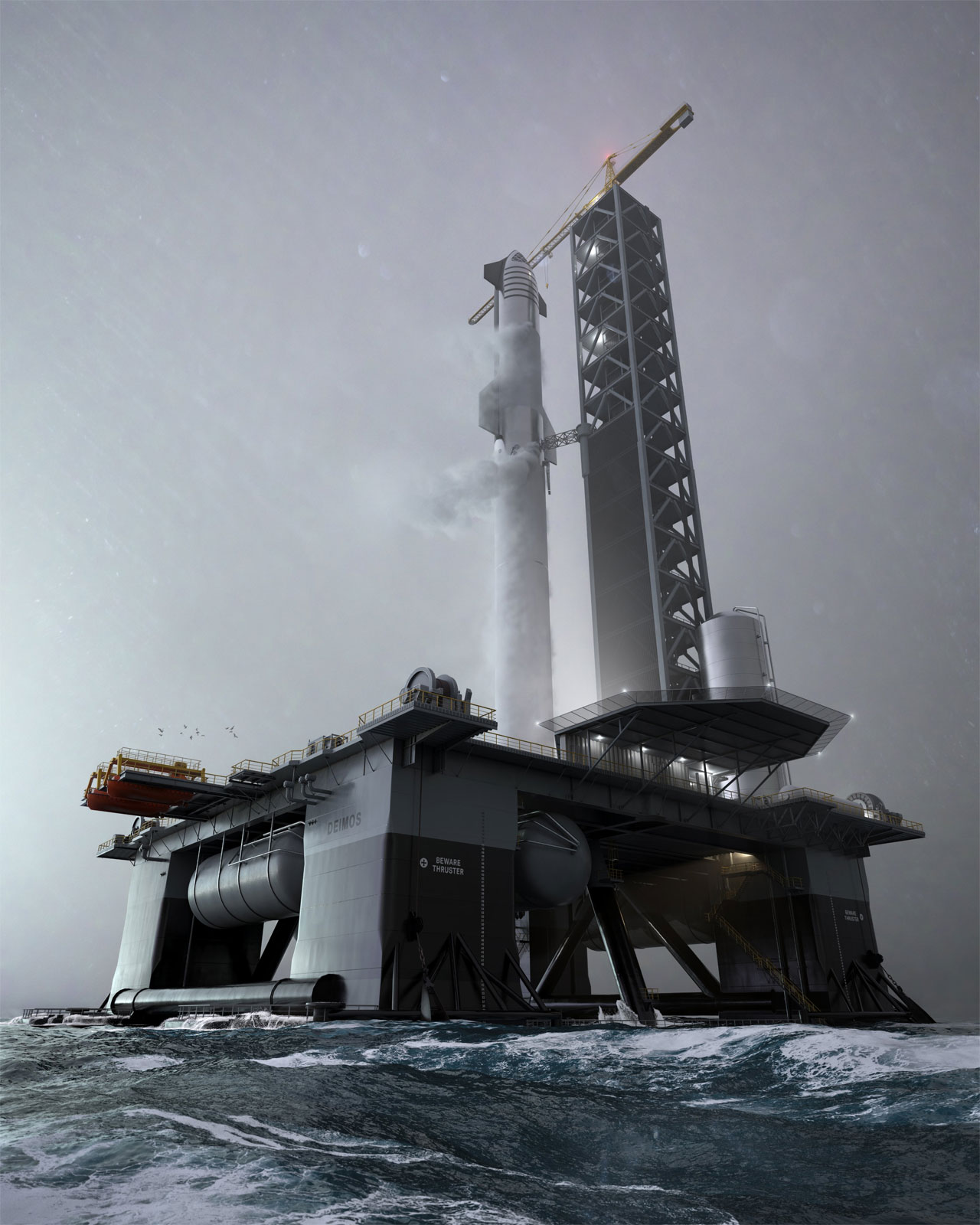 SpaceX has conducted multiple successful launches in the last month and is expected to continue to do so. There is no indication of how much the floating launchpad might cost or where it will be stationed when complete. Musk will likely share more details via Twitter when they are available.