South Korea to fight fire with fire, drones with drones

If you can’t beat ’em, join ’em. Or something like that. When South Korea notice a drone, with a camera, hovering near its borders, it decided that it needed to protect itself from such unmanned aerial vehicles or UAVs. And what better way to do that than by using another UAV. Roboticists at the Korean Advanced Institute of Science and Technology or KAIST are trying to develop drones whose sole purposes would be to intercept and disable other drones. It’s like Robot Wars, except in the sky and for less entertaining purposes.

Unauthorized drones have started to be come a security concern especially after the White House incident early this year. Normally used for fun or research, drones can also become tools for mischief or even crime. Although it is technically possible to brutally bring down such drones using firearms, the size and agility of the flying robots make it impractical. Not to mention it could completely destroy any useful evidence. The best way, then, would be to use equally agile anti-drone drones. 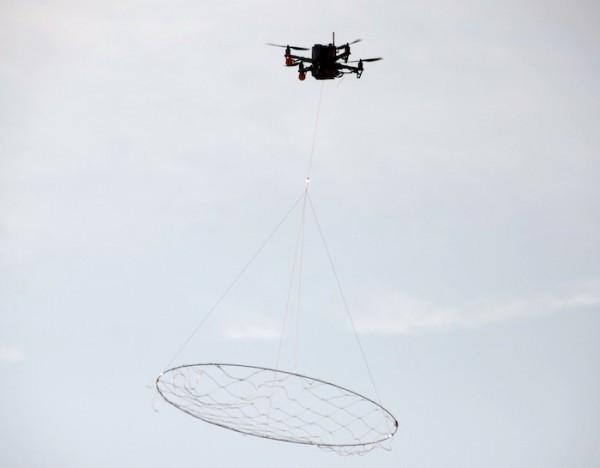 Dr. David Shim of the KAIST Unmanned System Research Group (USRG) envisions that these counter-drones would intercept enemy drones and drop a net over them to disable the drone and bring it to the ground. In a more complex situation, the drones can even be used to intercept a rocket launching enemy vehicle as well as the drones that would escort it. Picture this scenario: a solitary “reconnaissance” drone would fly ahead high in the sky to provide tactical intel from the sky. A swarm of agile drones will then take flight to accompany a larger drone with a payload, like a ground robot with explosives. The smaller drones will also be deployed in order to intercept and disable any enemy UAVs that might be accompanying the target as well.

The biggest hurdle for Dr. Shim and his associates right now is in developing the AI for the drone’s autonomous flight. Given the situation, these drones will need better brains than even those found on commercial and professional drones right now. The drones need to react fast to an attacking drone and be able to successfully bring the enemy down with a net. The drones also need to be able to carry such net “cannons” and some would even have to carry larger objects like the aforementioned robot.

Dr. Shim and KAIST already has some working prototypes of these drone army but it’s far from ready to be deployed. For now, at least it can deliver strawberries to students. 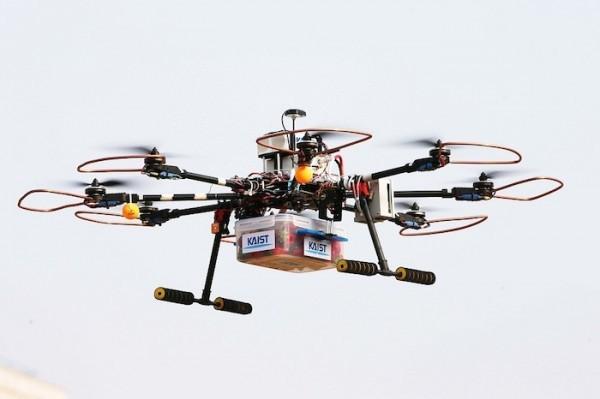