Not all great music has to come from big record labels. Some come from less known indie artists who might have a hard time getting on the likes of Spotify or even the now more indie-friendly Apple Music. SoundCloud has always offered a home for musicians, whether indie or label but recently it has jumped on the streaming subscription bandwagon. A month shy of the anniversary SoundCloud Go, the service is shuffling things a bit. Now there is SoundCloud Go and SoundCloud Go+.

SoundCloud Go+ has all the bells and whistles. SoundCloud Go just has the basics that you’ll really care about, like ad-free streaming and offline listening. What it doesn’t have is access to premium tracks and it only has access to 120 million tracks instead of the full 150 million. 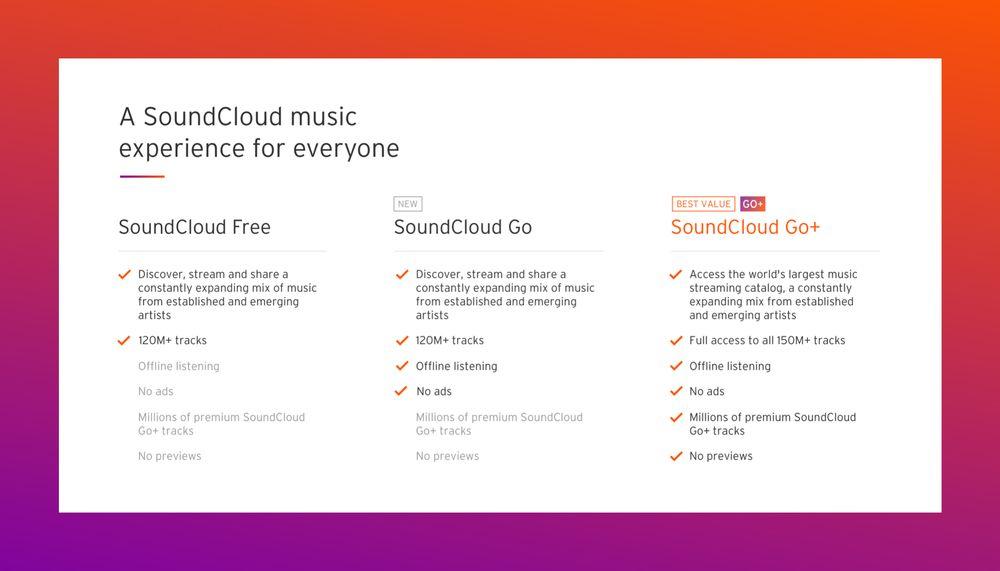 So now you have a free, add-supported tier, a $4.99, and a $9.99 tier. Given the basic SoundCloud Go already has everything that SoundCloud was famous for, the $9.99 subscription plan might be a tougher sell. The company hasn’t revealed how well its premium tracks have done, but if this price change is any hint, it might not have been good at all. SoundCloud needed a way to entice subscribers without having to burden them with less used features, like premium tracks.

The bigger question is whether there will be new subscribers taking the bait. With a Spotify acquisition looming over it, some might not think it worth the investment until things become certain. Interested subscribers should also note that while prices are $4.99 and $9.99 when you sign up from the Web or Android device, it is $6.99 and $13.99 when you do it from an iOS device.