Sony is proudly continuing the Japanese trend of combining two random, unrelated products into one. The latest example is their newly announced SRS-LSR100, a wireless speaker that basically has a television remote on top. The idea behind the device is that users bring the TV’s audio closer to them, while still being able to change the channel. You know, like the remote that comes with the TV set does.

Actually, the SRS-LSR100 is meant to control the TV from distances that a regular remote can’t reach, like another room. Sony suggests it would let people continue to listen to a TV program while they’re in the kitchen or at the other end of the house, where walls and other objects would block a standard remote’s signal.

The speaker-remote combo works via a 2.4GHz signal between a wireless dongle connected to a TV or stereo. In addition to the standard set of buttons for turning the TV on, changing channels, etc., a large dial on the right side controls the speaker’s volume, and can be pressed in to quickly mute the sound. There’s also a headphone jack and a battery life of 16 hours.

Sony says it will be released on September 12th, priced at ¥19,980 ($166). Unfortunately, if this actually sounds like it would be useful in your life, you’ll need to travel to Japan to buy one, as there’s currently no plans to offer it overseas. 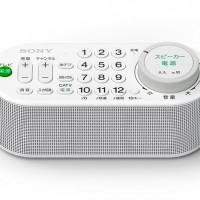 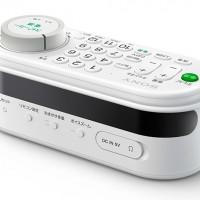 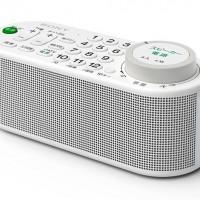 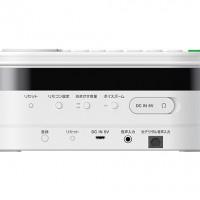