Before Sony’s Jack Tretton took the stage today at E3, we got to see a game montage that highlighted many of the games to be released this year. When the audience was cued to put their glasses on, it was clear 3D was going to be featured by Sony at E3 this year. Resistance 3, Uncharted 3 Drake’s Deception, and many other titles are coming out in 3D. Jack also announced that other titles like the God of War Origins collection will be re-released later this year in 3D. Overall, Sony plans on having over 100 3D titles available in the next year. Sony wants to show they are serious about the 3D experience.

How serious are they? Sony is coming out with their own Sony branded 3D display that can display hi-definition 2D or 3D with glasses. And, they’re dropping the price on 3D to encourage more adoption of the technology by consumers. The display will be available in a bundle with a 6 foot HDMI cable, the new Resistance 3 game, and the 3D glasses for $499. 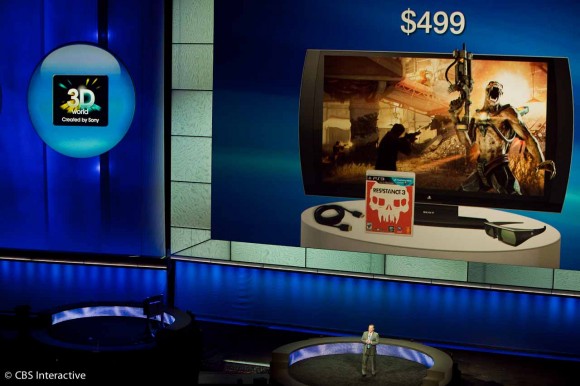 Not only that, the 3D display will allow 2 separate players to see two separate 3D screens at the same time on the same display. Basically a split screen without the split screen. We are not sure how that is going to work, but it sounds killer. 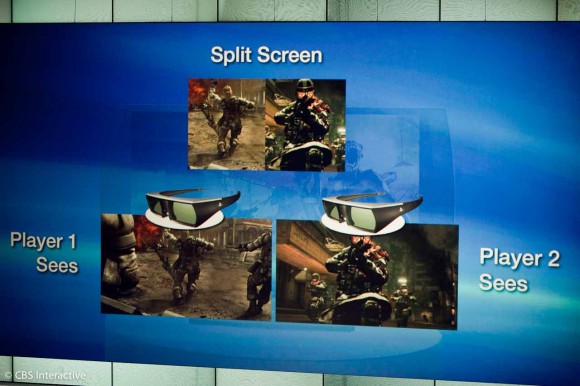 The glasses are designed to work with many different 3D TV brands. The glasses by themselves are going to be available for only $69. No word as to whether or not the 3D display will be available on its own. These new products at these prices are set to be a game-changer; we will have to see if Sony can keep them in stock. Obviously Sony is serious about getting 3D adoption out into the market. In fact almost every E3 announcement from Sony seems to include 3D.