A pair of Ph.D. candidates in Japan have developed a glove that lets wearers “feel” distant objects underwater, even without making physical contact. Dubbed “IrukaTact,” the glove uses a combination of haptic feedback and sonar to detect items from a distance, and apply increasing pressure to the fingertips as the wearer moves closer. It seems inspiration for the device was drawn from dolphins and their use of echolocation, as the name IrukaTact is a combination of the words “tactile” and “iruka,” the Japanese word for dolphin.

The two Tsukuba University researchers, Aisen Caro Chacin and Takeshi Ozu, imagine the glove serving in situations such as rescue work during floods, or other times when it’s necessary to move through murky water that may be hiding dangerous obstacles. While wearing the glove, users can place their arm underwater and become aware of objects they are approaching. 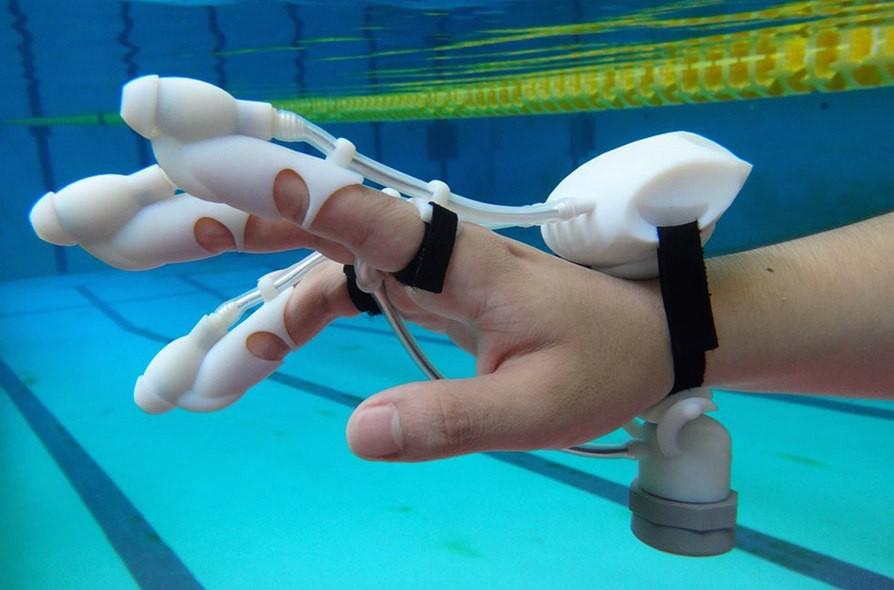 The device turns out to be made of fairly simple items, including a MaxBotix MB7066 sonar sensor, an Arduino Pro Mini, and three small motors encased in silicone. The sensor is worn around the wrist, always pointing in the same direction as the user’s palm, and when it detects reflected sonar signals it activates the motors on the tips of the index, middle, and ring fingers.

Wearers’ thumbs and pinky fingers are purposely left free, along with the motors resting above the fingernails of the other digits, so that the hand can still be used to grab things. The sonar sensor is currently limited to a two feet range for detecting objects, but the researchers hope to increase that distance.

Also neat is that the Ph.D. candidates have even shared 3D printing instructions for their design, allowing DIY users to make their own IrukaTact glove. 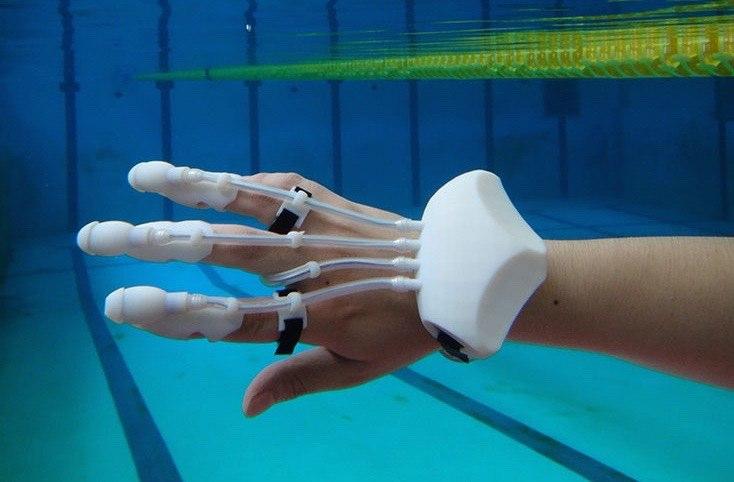