You’re probably tired of hearing it by now but there has been a considerable rise in the use of the Internet these past weeks. Not all of them are for entertainment, of course, as people are forced to come to grips with telecommuting and working from home. Naturally, this has become an opportunity for online collaboration apps and services to shine and a chance for Slack to reclaim its market share from its rivals. And it’s doing so, ironically, by lettings its users jump on Microsoft Team Calls easily.

Slack of course has its own video call functionality. But as much as it would like its users to stick to that, it also can’t deny that it’s not the only game in town anymore. For months now, Slack and Microsoft Teams have been butting heads over the office communication space and, at least based on most reports, Slack is slipping.

This latest integration isn’t really an admission of defeat. On the contrary, it’s Slack’s way of keeping people from having to jump ship completely. As online workers continue to grow in number, so, too, the diversity of apps and services for communicating and working together. 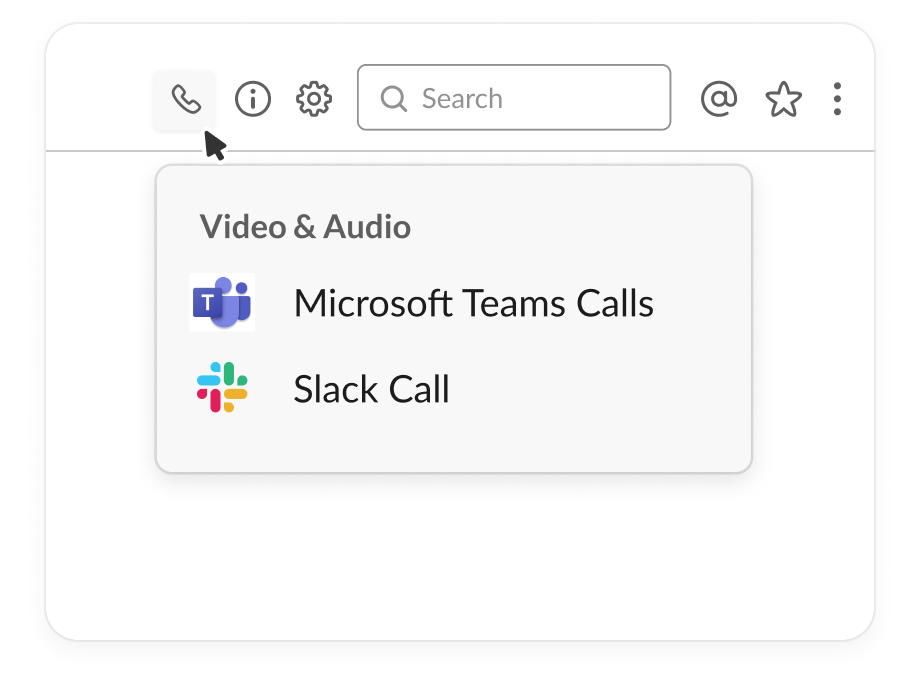 Rather than have people switch to Microsoft Teams completely just to make video calls, the Microsoft Teams Calls feature lets Slack users make or join calls from within Slack. They can even set Microsoft Teams as the default calling provider if it really comes to that. It also works with other Slack integrations, like joining calls from Outlook or Google Calendar reminders inside Slack.

The one caveat is that, at least for now, is that joining a Microsoft Teams Call in Slack will take you to the Microsoft Teams app. It won’t happen seamlessly inside Slack itself yet but it might be working on that kind of integration to keep users from having to jump back and forth between apps.