Shelby American has been building awesome cars for decades, and its latest creation is one of the coolest Mustangs the company has ever built. The car is the Shelby GT500CR, known as the Carbon Edition, and the company is only building 25 of the limited-edition 1967/1968 supercars. Of the 25 unit production run, only ten remain available to purchase.

Each of the cars has a body made of exposed carbon fiber with stripes painted that are translucent, allowing the carbon fiber weave underneath to shine through. Each of the cars is fitted with a six-speed manual transmission, and they are available for purchase anywhere in the world. Power comes from a Ford Performance Coyote Gen 3 V-8 engine with a Whipple supercharger fitted.

Each of the engines is custom-tuned on a dyno to produce 810 horsepower. The manual transmission is a Tremec six-speed unit that feeds power to a nine-inch Fab 9 rear with a 3:70 gear ratio and positive traction. The engine uses a serpentine belt system and a fuel system with twin electric fuel pumps. Shelby fits the cars with modern disc brakes all around and Stainless Works long tube headers.

The cooling system and chassis is completely custom, and the suspension is from adjustable coil overs in the front and rear. Other touches include custom GT500CR wheels in 18×8 in the front and 18×11 and the rear. Front tires measure 225/40/18, while rear tires measure a massive 315/30/18. Inside the car are Carroll Shelby Scat Rally Series 1000 seats, five-point cam lock seatbelts, Carroll Shelby Signature Gauges, AC system, and an Alcantara headliner and center console accents. 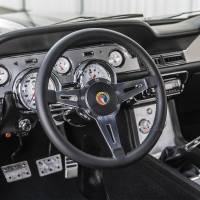 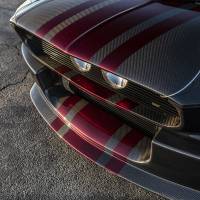 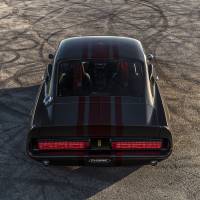 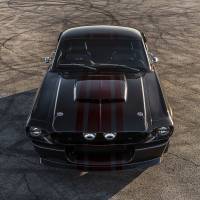 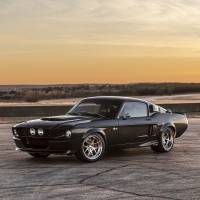 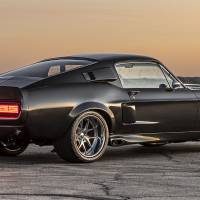 There are options available, including custom drivetrain upgrades, a touchscreen infotainment system with navigation, and a custom audio system. Buyers also able to order the vehicle in right-hand drive with KPH gauges.