Sharp has announced its first 1080p phablet, the Aquos SH930W. Destined for Russia, this smartphone features a 5-inch full HD display with a pixel density of 440ppi. A host of pictures have appeared over on the Russian site Hi-Tech, showing off the phone’s thin body and crisp display. According to sources, the phone will go live on November 8.

While the phone’s display is impressive and certainly its most alluring feature, the rest of the Aquos specs leave a bit to be desired. Inside you’ll find a Qualcomm 8260A dual-core 1.5GHz processor and an Adreno 225, which is disappointing given the phone’s high-end screen. You’ll have a lot of display real estate, but not enough hardware power to break out the big games.

The handset runs Android 4.1 Jelly Bean, and while it has 3G connectivity, it does not support LTE. There’s 2GB of RAM and 32GB of internal memory, with some reviewers stating that the device also has a microSD expansion slot. The battery is ample sized to provide some decent usage time at 2,100mAh.

According to Hi-Tech, the phone has a recommended retail price of 21,990 Russian Rubles, which is about $700USD. This phone follows the SH530U smartphone that Sharp recently announced. This handset likewise features a 5-inch display, but has very lackluster specs, with a resolution of 800 x 480, a 1GHz MediaTek processor, 512MB of RAM, and Android 4.0. 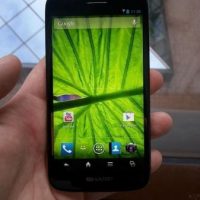 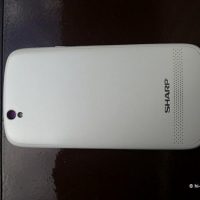 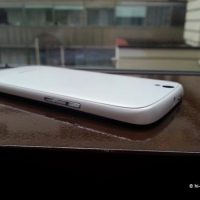 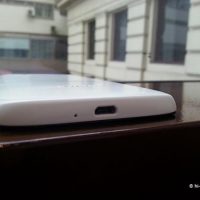 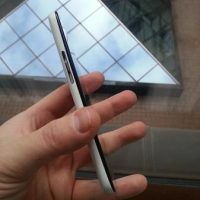