Scientists have discovered a new type of duck-billed dinosaur. The nearly complete skeleton was unearthed in 72 million-year-old marine deposits in Mukawa Town in northern Japan. The scientists say that the new dinosaur belongs to a new genus and species of herbivorous hadrosaurid. The dino has been named Kamuysaurus japonicus.

Scientists have been working on the dinosaur since 2013 when the first part of the tail was discovered. The outer shelf deposits where it was found are of the Upper Cretaceous Hakobuchi formation in the Hobetsu district of Mukawa Town. The excavations later discovered that the skeleton was nearly complete and it is the largest dinosaur skeleton ever found in Japan. 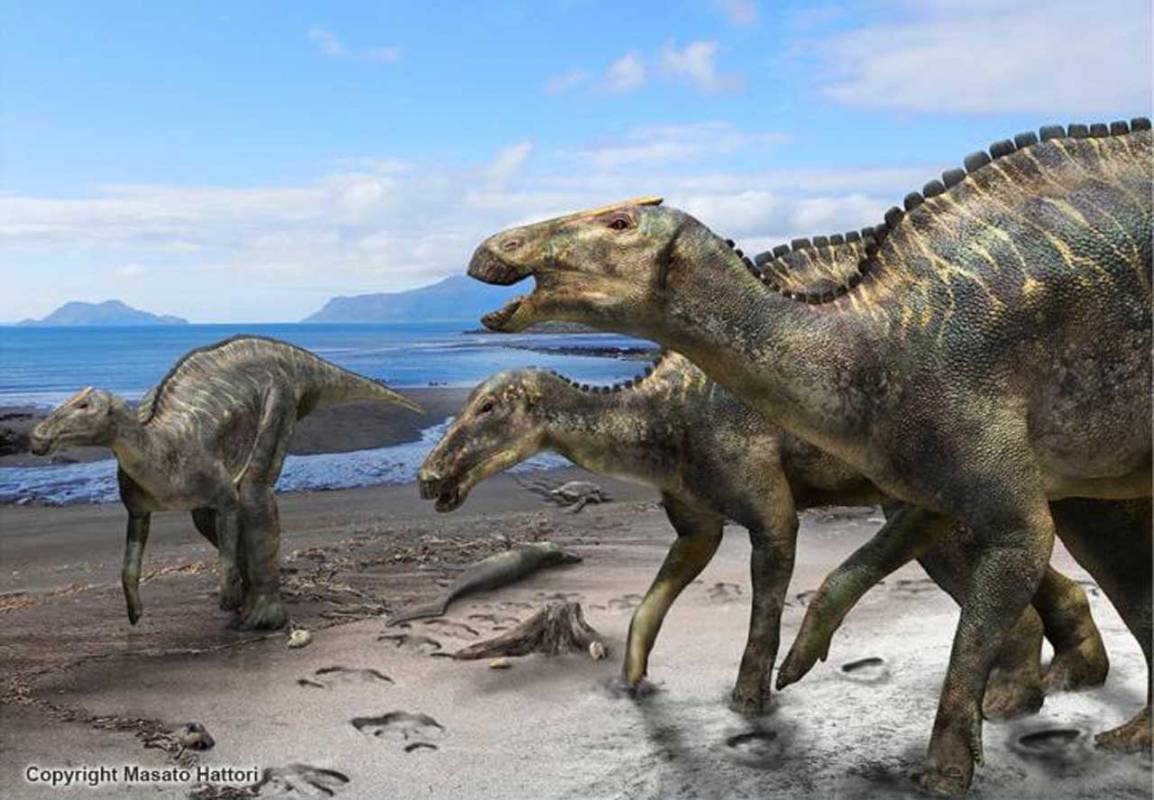 The dino was nicknamed “Mukawaryu” after the excavation site. The new dino was compared to other dinos, and the scientists found that Kamuysaurus japonicus belongs to the Edmontosaurini clade and is closely related to the Kerberosaurus that was found in Russia and the Laiyangosaurus found in China.

The new dino has three unique characteristics not shared by others in the Edmontosaurini clade. Those characteristics include the low position of the cranial bone notch, the short ascending process of the jaw bone, and the anterior inclination of the neural spines of the sixth to twelfth dorsal vertebrae.

The team believes that the skeleton they found is an adult that was aged nine or older. It measured 8 meters long and weighed between 4 and 5.3 tons depending on if it walked on two legs or four when it was alive. The frontal bone of its skull suggests that it may have had a crest. The scientists also think that the coastline was important to the dinosaur and may have been part of its migration.