Scientists create robot “blobs” that swarm together for protection

A creature common in California known as the California black worm eats microorganisms in ponds and are sometimes kept as tropical fish in aquariums. What’s notable about the California black worm is that they blend together in a swarm of tens, hundreds, and thousands of the centimeter-long creatures. The point of the worm blob is to protect its members from drying out and to help them escape threats like excessive heat. A group of researchers from Georgia Tech has created robots able to swarm together in a robot blob like the worms.

The team applied the principles from the self-organized worm blob to help multiple simple active robots evolve their own locomotion. The team believes findings from the research could help developers of robots to understand how emergent behavior or entangled active matter can produce unexpected, complex, and potentially useful mechanical driven behaviors.

Scientists say from studying the worm blobs; they’ve shown via mathematical models and biological experiments that forming the blobs gives the worms a kind of collective decision-making, enabling worms in a larger blob to survive longer against desiccation. Researchers found that worms in a blob survived out of the water ten times longer than individual worms. 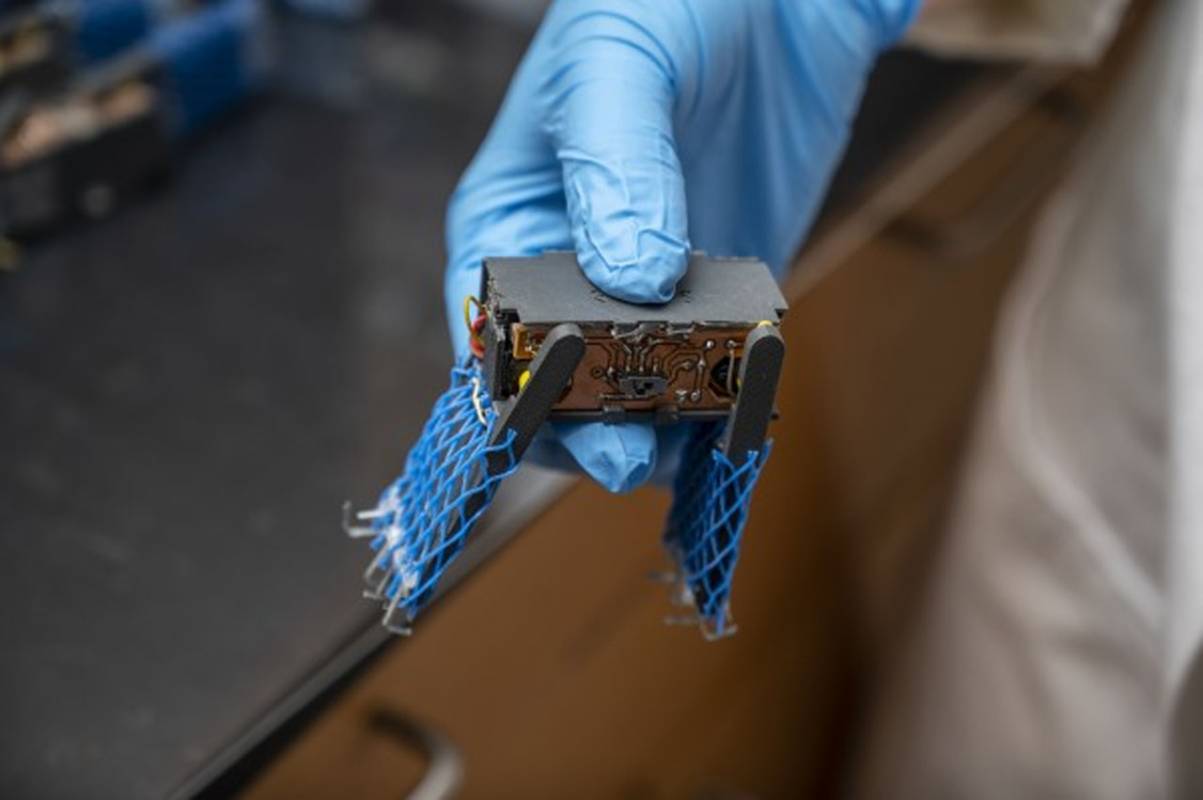 Worm blobs can range from ten worms up to as many as 50,000. For an individual worm, moving from hot to cold and surviving is chance. However, when they move is a blob, they do so more slowly to coordinate mechanics, and 95 percent of them can move from the hot to the cold side, showing that the blob has survival advantages.

Researchers applied principles observed in the worms to small robotic blobs composed of smart active particles and two 3D printed robots with two arms and two sensors to allow them to sense light. A mesh enclosure was added to the robots, and pins were added to the arms to allow them to entangle like worms. Depending on the intensity of light, the robots try and move away from it, generating emergent behavior similar to what was seen in the worms. Interestingly, each robot was doing its own thing in a decentralized way, with no communication between them.