Scientist create a method to store energy in red bricks

Red bricks are a very common building material that can be seen all around the world. Researchers at Washington University in St. Louis have taken red bricks, which are the world’s cheapest and most familiar building material, and figured out how to convert them into energy storage units. Essentially, the scientists have turned the common brick into a battery.

The “smart bricks” can store energy until required for powering devices. A proof of concept device was created that has power stored inside of a brick directly powering a green LED light. The researchers say their method works with regular brick or recycled bricks, and they can make new bricks as well.

The team says walls and buildings made of bricks occupy large amounts of space and that space could be better utilized if given an additional purpose such as electricity storage. The team created a coating of a conducting polymer called PEDOT. The material is comprised of nanofibers that are able to penetrate the inner pores of a brick. 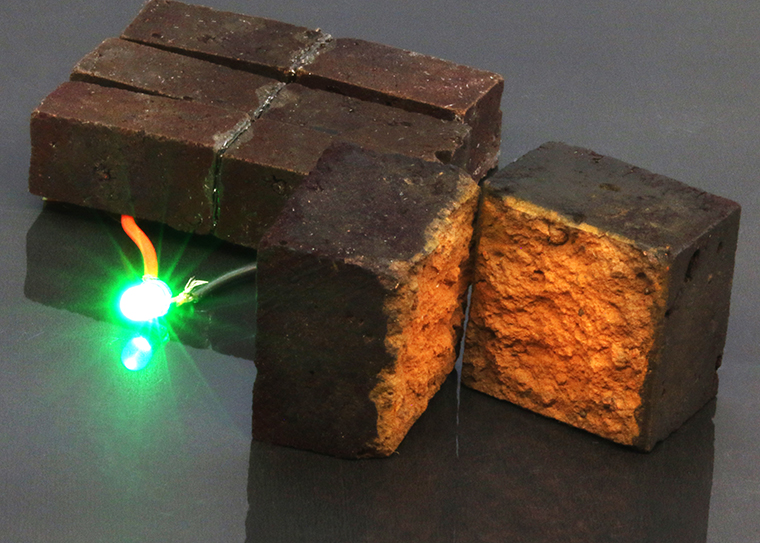 The polymer coating remains trapped inside the brick and serves as an ion sponge that stores and conducts electricity. One key is the red pigment in the bricks, which is iron oxide or rust. Rust is essential for triggering the polymerization reaction. The scientists believe the walls of the sort could store a substantial amount of energy.

The team envisions a future where bricks can be connected to the solar cells that could be used for powering emergency lighting for hours. The brick wall serves as a supercapacitor with the ability to be recharged hundreds of thousands of times within an hour. No clear indication of when or if the technology might be commercialized was offered.