Satechi is back with another gadget accessory, this one capable of powering all of your daily gear at the same time. The Satechi 165W USB-C GaN charger features four ports and enough power to juice up an iPad, iPhone, and laptop at the same time — or whichever other USB-C device you may carry around.

Gallium Nitride (GaN) chargers have grown in popularity due to their ability to charge multiple devices rapidly at the same time. The exact number of gadgets that can be connected to a GaN charger depends on the device, but generally speaking, these kinds of power bricks can be used to fast charge a smartphone and a tablet at the same time, as well as power at least one other device, though potentially at slower charging speeds.

Satechi’s new 165W model packs four USB-C PD ports, putting it toward the top end of the category. With this design, the power brick will split the overall power between up to four devices connected to it for a total of 165W. The total power delivered to a device depends on which ports are in use.

For example, two connected devices may result in the power split 60W/100W, while plugging gadgets into all four ports would split the power 30W/30W/45W/60W. The use of Gallium Nitride offers greater efficiency over silicon-based chargers, enabling this high power output despite the model’s relatively small size. 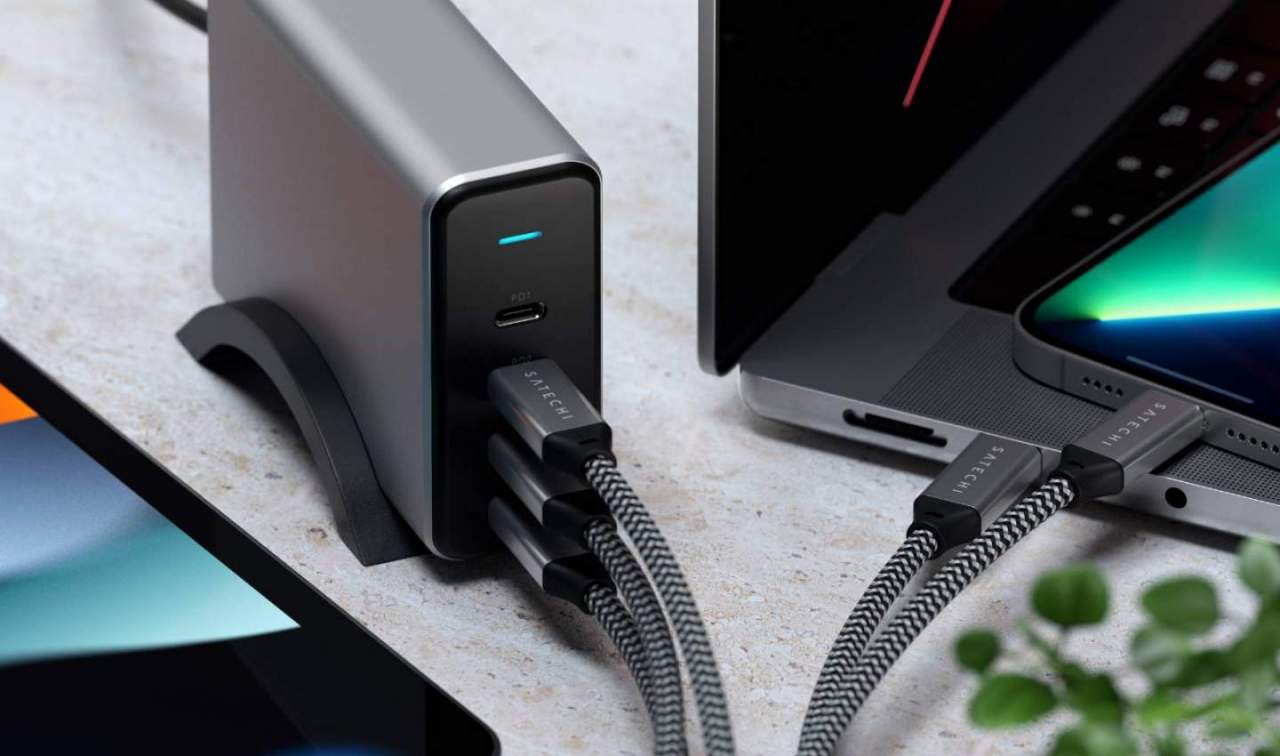 Poorly made GaN chargers are a safety risk, as they may get too hot and catch fire; some may also be poorly made in such a way that they can damage devices. Satechi has a good reputation in the market for building quality products, and it goes on note that its new 165W offering has both ETL and CE certifications.

The new model is available to purchase now for $119.99 USD. Though the price is high for a charger, those who travel often may find the device worthwhile, as it eliminates the need to carry multiple separate fast chargers (though, of course, you’ll still have to carry around the USB-C cables that plug into the brick).