Samsung’s new app replies for you when you’re driving

Despite being life-threatening, not to mention illegal in some countries, drivers still can’t seem to keep their mitts off their phones when they should be on the steering wheel. Hands-free controls and calls can only go so far and doesn’t cover one of the most common uses of phones while driving: text messaging. To make sure drivers no longer have an excuse not to keep their eyes on the road and their hands on the wheel, Samsung is developing an app that will automatically reply for you and let the other person know not to bother you unless it’s a real emergency.

Texting while driving is perhaps one of the most widespread example of the power of peer and social pressure. According to a Dutch survey done at Samsung’s behest, the most common reason why drivers reply to messages while driving, even when all reason tell them not to, is the social expectation of responding promptly. And, truth be told, that’s not going to change anytime soon, perhaps never.

Samsung’s In-Traffic Reply app is a sort of compromise. Using a smartphone’s sensors, like GPS, motion, etc., it will determine if you are driving or not. Pretty much like how Pokemon GO and similar tries to guess if it’s safe to use. When you are driving, or at least moving at a speed that implies you’re in a vehicle, the In-Traffic app will automatically activate. 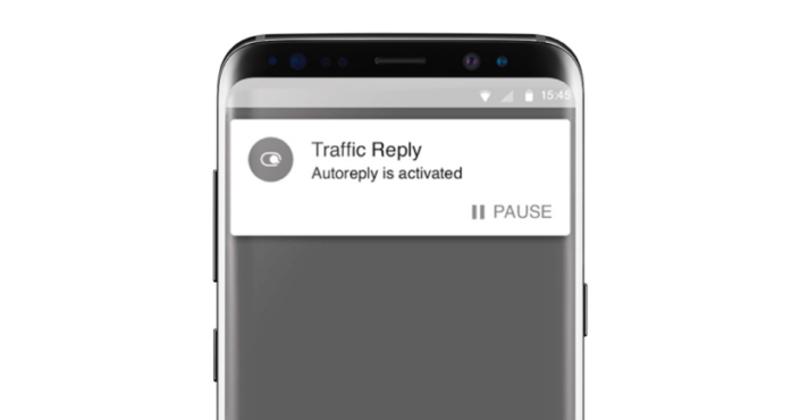 Once it’s activated, it will automatically reply to messages, no matter who sent it or what their message contains. Which, more often than not, isn’t exactly critical. You can opt to send a canned reply, a customized message, or even some emoji or animated GIF. Anything that suits your needs and keeps your hands off the phone.

The app is still in beta with a launch date set for May. Samsung hasn’t yet revealed the device or app compatibility for In-Traffic Reply, though it won’t be surprising if it prioritizes its own Galaxy phones. Last year, Samsung launched a similar feature for bikes, the S Bike mode. That one debuted in the Galaxy J3 for India.