Most probably see Samsung’s smartphones primarily as consumer devices but the company has been serving the stricter needs of enterprises for almost decades now. That was, after all, why it developed its Samsung Knox security platform in the first place and it is now stepping up its efforts by wooing one of the fussiest sectors of all. In Germany, at least, Samsung has successfully convinced the government to certify the Galaxy S20 as a replacement for the physical ID and documents citizens sometimes carry with them all the time.

No, a Samsung phone won’t be replacing Germany’s national ID. Samsung’s electronic ID or eID solution is more like what Samsung Pay is for cash, credit cards, and membership coupons. Rather than carrying those with you in your bag or wallet all the time, you can instead store them inside the thing that you carry with you almost all the time: your smartphone.

Given the higher risks, the security implementation that Samsung uses is even more sophisticated than those used for regular consumers or even the enterprise.

An embedded Secure Element or eSE is the security hardware that enables this eID system and is a physically separate and encrypted space inside a Galaxy S20 phone. Of course, such “secure enclaves” are not uncommon in smartphones these days but Samsung’s eSE actually has some other special features.

Familiar with those wallets and phone cases with RFID blockers and related features? The eSE is advertised to do exactly that, hiding the phone’s power status and electromagnetic radiation from prying eyes.

If the phone does ever fall into the wrong hands or gets lost, encryption keys and sensors detect and lockout unauthorized tampering even when there’s physical access. 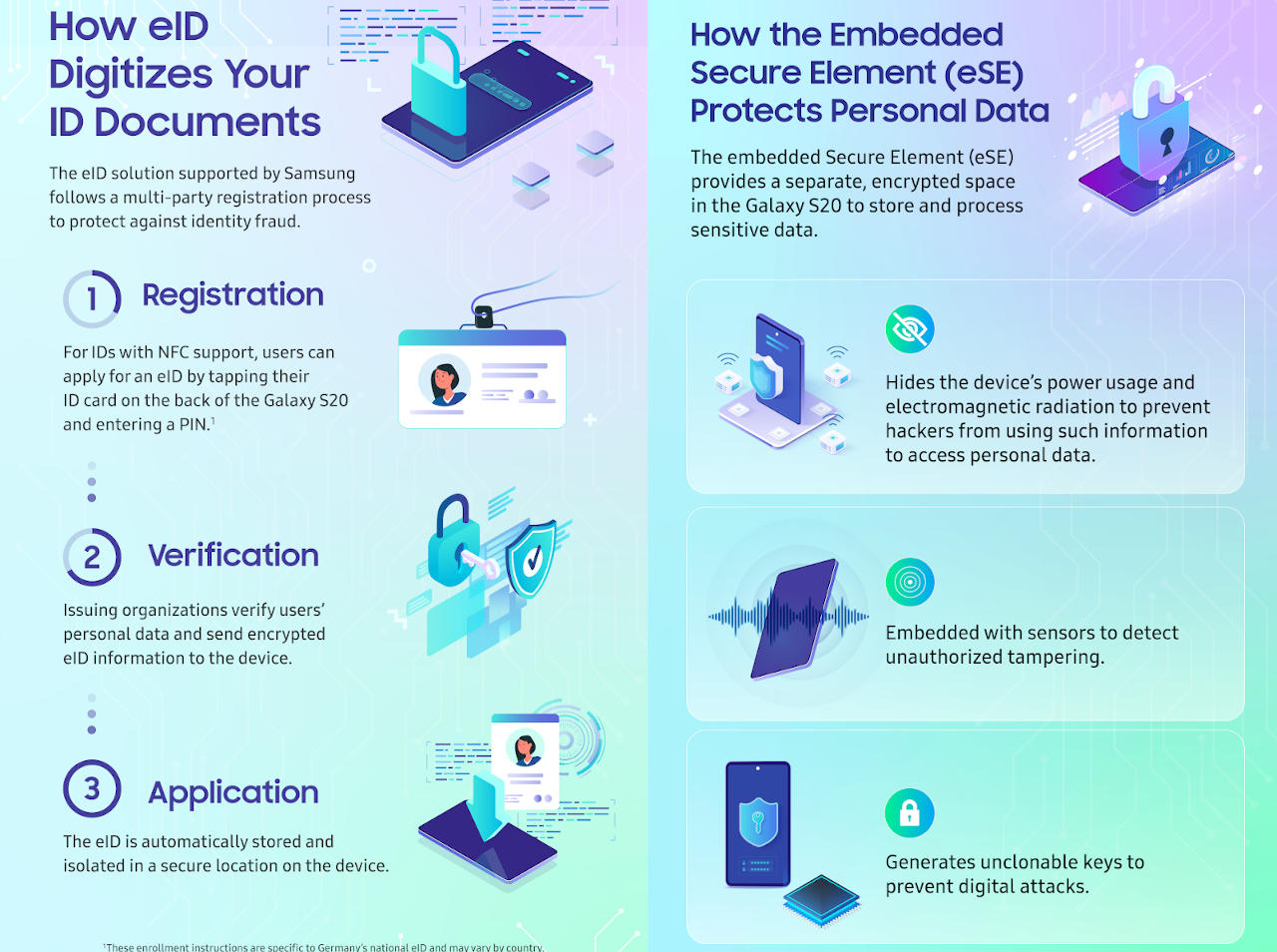 It is definitely a huge PR win for Samsung to have the Galaxy S20 series certified for Germany’s national eID push.

Registration is promised to be as simple as tapping an NFC-enabled national ID card on the back of this special edition phone to start the process. Once authorized, the phone will store the user’s national ID documents which can then be used for official purposes like opening a bank account.