The fast-paced innovation in the mobile industry undoubtedly has negative consequences, not just for ourselves but for the environment at large. E-waste is no longer a rarity, and even if old smartphones don’t fill up landfills, they might be filling up your closets instead. As the company with perhaps the most smartphones in markets, closets, and garbage alike, Samsung does have a responsibility in becoming part of the solution. It has introduced a new initiative it calls “Upcycling”, that can repurpose these devices for completely different things. Like, for example, using dozens of them into a bitcoin mining farm.

While smartphones are really only as powerful as your most basic, or even lower, laptop configuration. They are often more energy-efficient. If eight Galaxy S5s have a greater power efficiency than a standard desktop, at least according to Samsung, imagine what 40 can do. Well, you don’t have to imagine, because Samsung already built a massive tower of that many smartphones for the sole purpose of mining bitcoins. 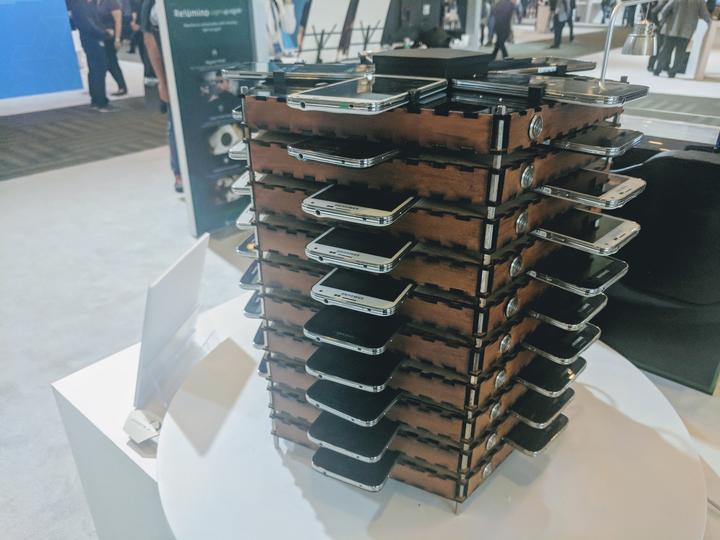 While bitcoins might not interest everyone, it is really just a small part of something really more interesting and perhaps beneficial. Samsung calls it “upcycling”, which is just a marketable term for repurposing and, therefore, recycling smartphones. While there are tons of DIY projects that reuse Android devices for anything from baby monitors to multimedia centers, Samsung’s upcycling is different for one important reason.

Upcycling basically removes Android from a Samsung Galaxy phone and lets makers, hackers, and tinkerers install almost anything they need. One demo even turned a Samsung tablet into an Ubuntu laptop or a phone into a fish tank monitor. In essence, Samsung is practically suggesting making use of old Galaxy phones as something like a Raspberry Pi or similar boards, but one that already comes with the sensors, battery, and display. 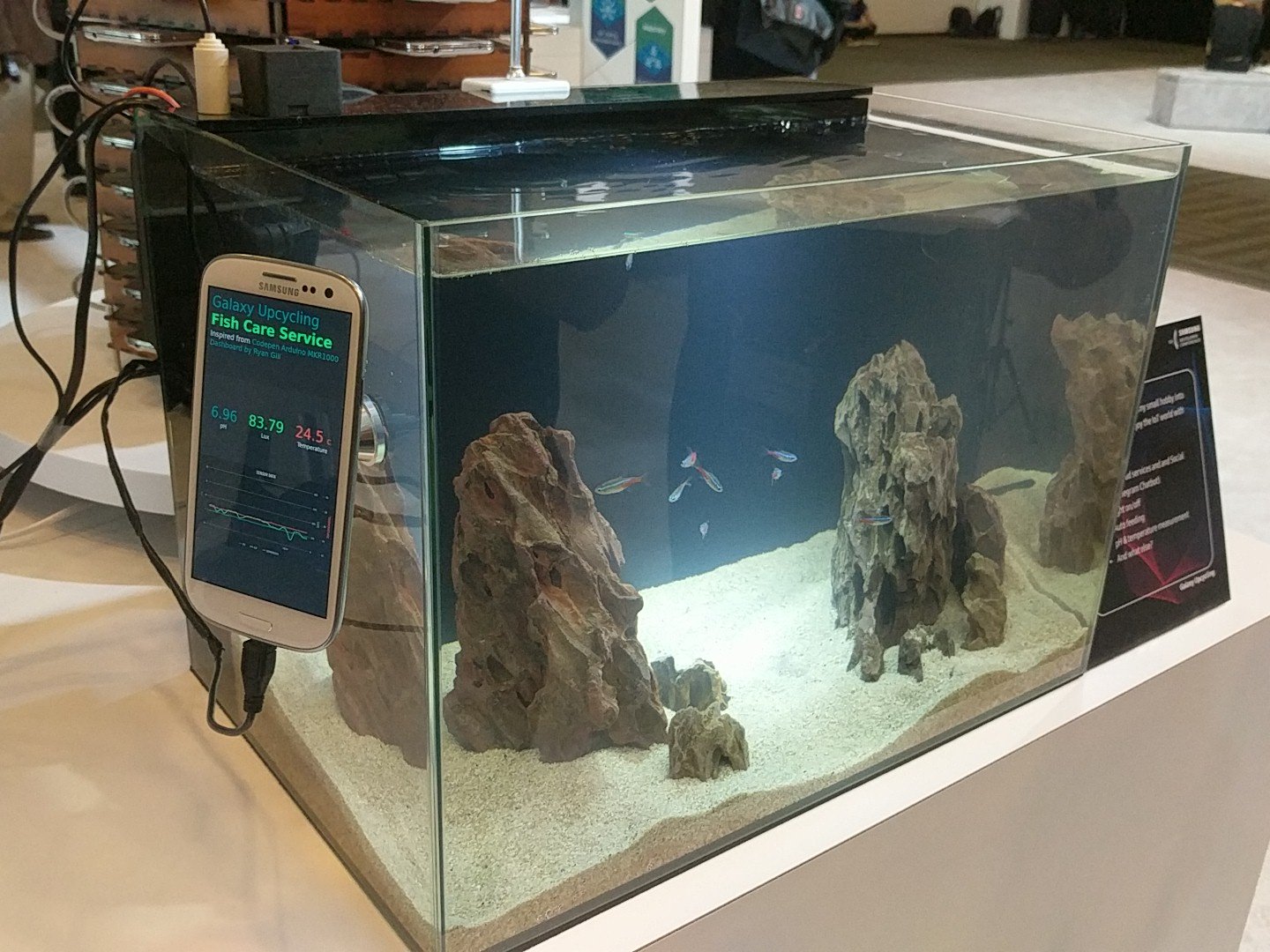 Perhaps just as interesting, considering the company’s culture, is that Samsung is planning to turn this into a more open process and community. Which also means giving users a way to unlock its phones, something it hasn’t exactly been keen on, at least as far as the regular use of its Android phones is concerned. It has set up a GitHub page for that purpose and will soon be opening it up to beta users.