Imagine a smartwatch with a big camera right in the middle off it. Taking photos would be awkward, likely, since you’d have to point the top of your wrist at the subject. Such seems to be the reality posited by a recently surfaced Samsung patent, which shows a smartwatch with a camera in the middle of the ‘display’ portion; the camera has a zoom lens that extends out of the watch when needed.

The smartwatch was recently spotted by Russian website 3Dnews.ru, though it was first published on the USPTO. The patent surfaced recently, though it seems the application went through back in November. The watch would offer the camera as a primary feature, and the camera would have a display around it for things like phone notifications and health data. 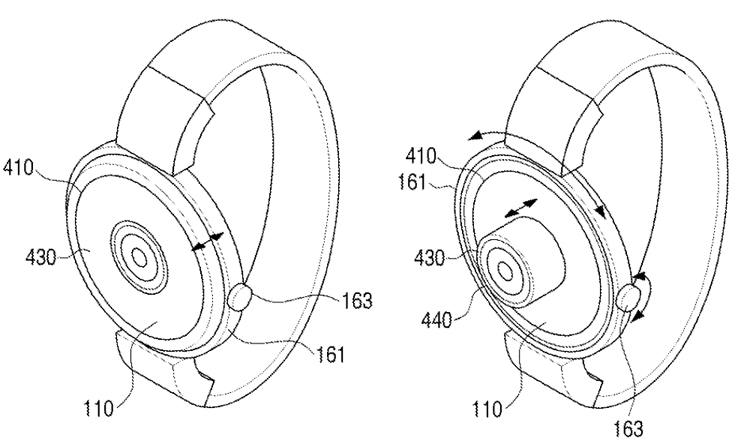 As the image above shows, the smartwatch would make up for lost display real estate via a flexible display built into the wrist band itself. The patent shows this featuring a row of icons that would seemingly open specific apps, such as an alarm clock, music, and email. Presumably the app itself would then be viewed or controlled on the wristband display since there’s not much room on the face itself.

The watch’s bezel will rotate for rapid control, and there will also be a button on the side. Further details aren’t forthcoming, and as far as smartwatches go, this is certainly at the top of the oddities. As with all patents, it is possible we’ll never see this product actually make its way onto shelves, but it’s a fun thought regardless.