Samsung has recently teamed up with Microsoft in a deal that brought the latter’s Android apps pre-installed on Samsung’s flagships. But Samsung might actually have something even more intimate in mind. A patent filed back in late 2014 reveals one of Samsung’s ideas for combining two platforms: a phablet that runs Android by default but switches to Windows when joined with a dock that is practically an empty laptop shell, thereby providing the familiar mobility of Android on mobile with Windows productivity in the workplace.

For those who have been monitoring the mobile industry for the past 2 or 3 years, the idea isn’t exactly new. In fact, there is, more or less, several actual implementations of it, courtesy of ASUS. ASUS’ PadFone line merged Android phablet and tablet and served as inspiration for later contraptions from the Transformer family that delivered both Android and Windows in different configurations. Sadly, not all of these made it to the market. 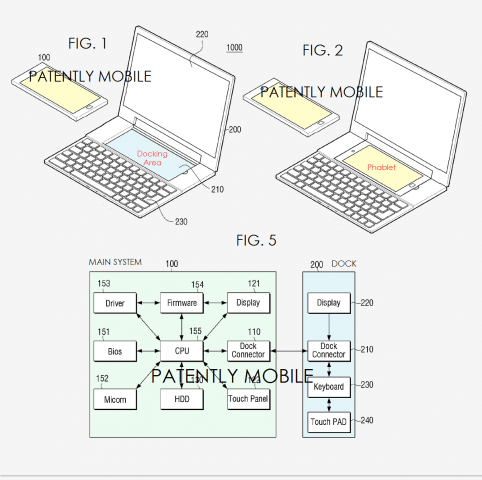 Unlike ASUS’ implementation, which mostly kept Android and Windows in different silos. Samsung’s patent puts the two operating systems inside the same device. One of those is named to be Android. The secondary OS is also named to be Windows, though it also leaves the door open for other platforms, which probably means Tizen. The laptop dock itself has nothing but the screen and the keyboard, though an extra battery is also possible. The phablet runs Android by default but, when docked, switches the laptop’s display to Windows (Fig. 300c). The phablet then can be transformed into a touchpad for the laptop (400d), or as a secondary screen running Android at the same time (400c). 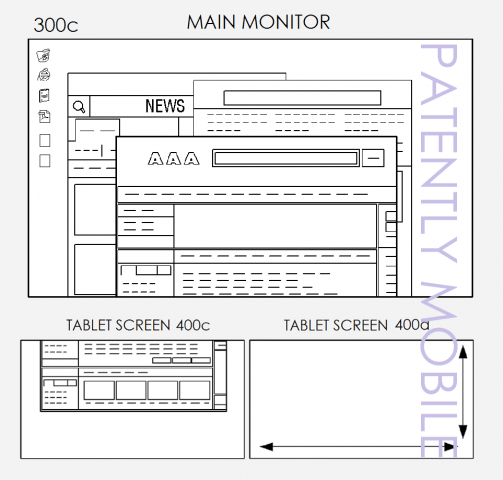 This isn’t actually the first time Samsung cooked up an Android-Windows dual-booting device, though it’s definitely the first time it’s doing so in this kind of configuration. The ill-fated ATIV Q was a tablet/laptop hybrid that also came with the two platforms co-existing in one device. In fact, the fate that the ATIV Q, as well as ASUS Transformer Book Duet, suffered calls into question the possibility of this patent as well. Back then, the rumor was that either Google or Microsoft, or both, blocked any such efforts behind the scenes.

But Microsoft’s tune may have changed since then. It’s new “Mobile-First” thrust could have it looking for other venues to push its wares around, like its apps on Android. And while it still has some place in office environments, that is also increasingly being cannibalized by Apple’s iOS and Google’s Chrome OS as well as Android. With Samsung trying to gun for the enterprise as well, this joint effort could help boost both company’s products in that particular market.