Fingerprint scanning is secure and reliable. 3D face recognition is fast but still in development. Samsung has the former and is reportedly working on the latter for the Galaxy S9. But why stop there? Indeed, a recently surfaced patent reveals that Samsung is toying with the idea of using palm recognition for a related purpose. No, it won’t unlock your phone using your unique palm lines. It will just help you remember your password or PIN code.

Palm lines are as unique as us, but not exactly as reliable a biometric security factor as our fingerprints. Fortunately, Samsung’s patent isn’t going to rely on it to foretell the future of unlocking your phone. Instead, it will be like a personalized password hint.

Most password recovery hints rely on pre-selected questions whose answers might be easy to tell, depending on how well you know the person. Another problem with those reminders is that even users might forget the answer they gave, or the spelling of the answer. Users are, however, unlikely to forget or change their palms.

The way the patent shows how the system will work is both amusing and almost ingenious. It won’t simply display the letters and numbers of your password after it authenticated that it was you all along. Instead, it scrambles the letters and numbers on your palm. Anyone looking at the screen won’t make sense of the jumbled figures. You might not either, but it could at least jog your memory. 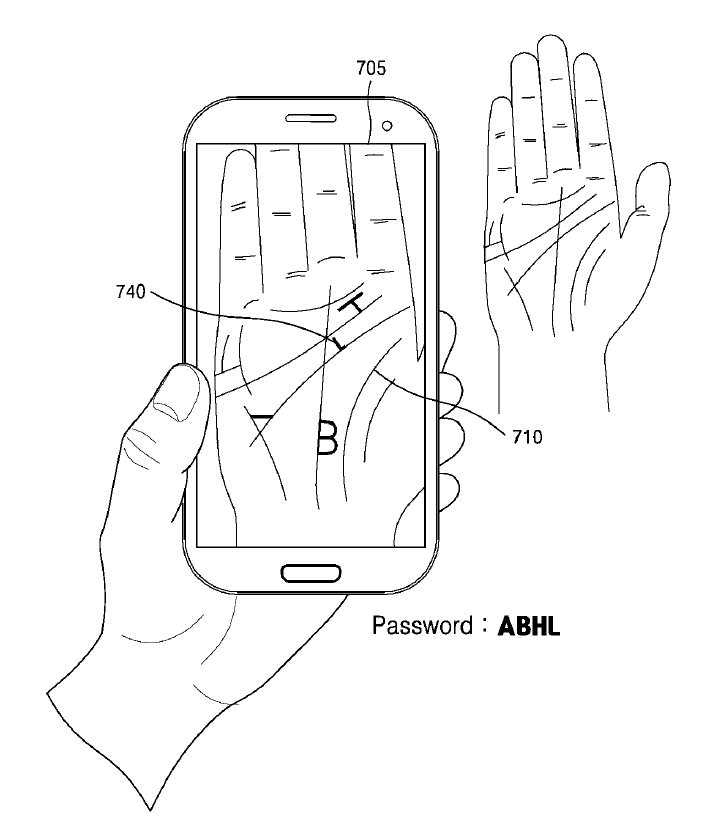 Of course, a patent is just a patent and not exactly even a sign of intention to use. Samsung is probably too pre-occupied at this point to bother with it, but that future could very well be written on the palm of its hand.