Some people get bug-eyed after experiencing virtual reality for the first time. If Samsung’s next head-mounted display is anything like this patent, it will make them literally bug-eyed. A patent for what seems to be a successor to the company’s HMD Odyssey Windows Mixed Reality headset includes colored renders that leave little to the imagination and it will have you looking like The Fly once you don the eerie-looking headset.

Most patent illustrations we see come in black and white, sometimes even in indecipherable diagrams. Samsung’s patent oddly goes the extra mile to include 3D renders with color. Unfortunately, that only makes it look even stranger than the linework and might make some wish Samsung already quit the already dead Windows Mixed Reality platform.

The front of the display has two semi-transparent dome-like sections split in the middle, making it look like the eyes of a fruit fly. Whether that’s by design or accident is, of course, a mystery. Hopefully, the changes are functional rather than aesthetic, because it’s hard to see the appeal looking like a fly-human hybrid while enjoying your VR experience. 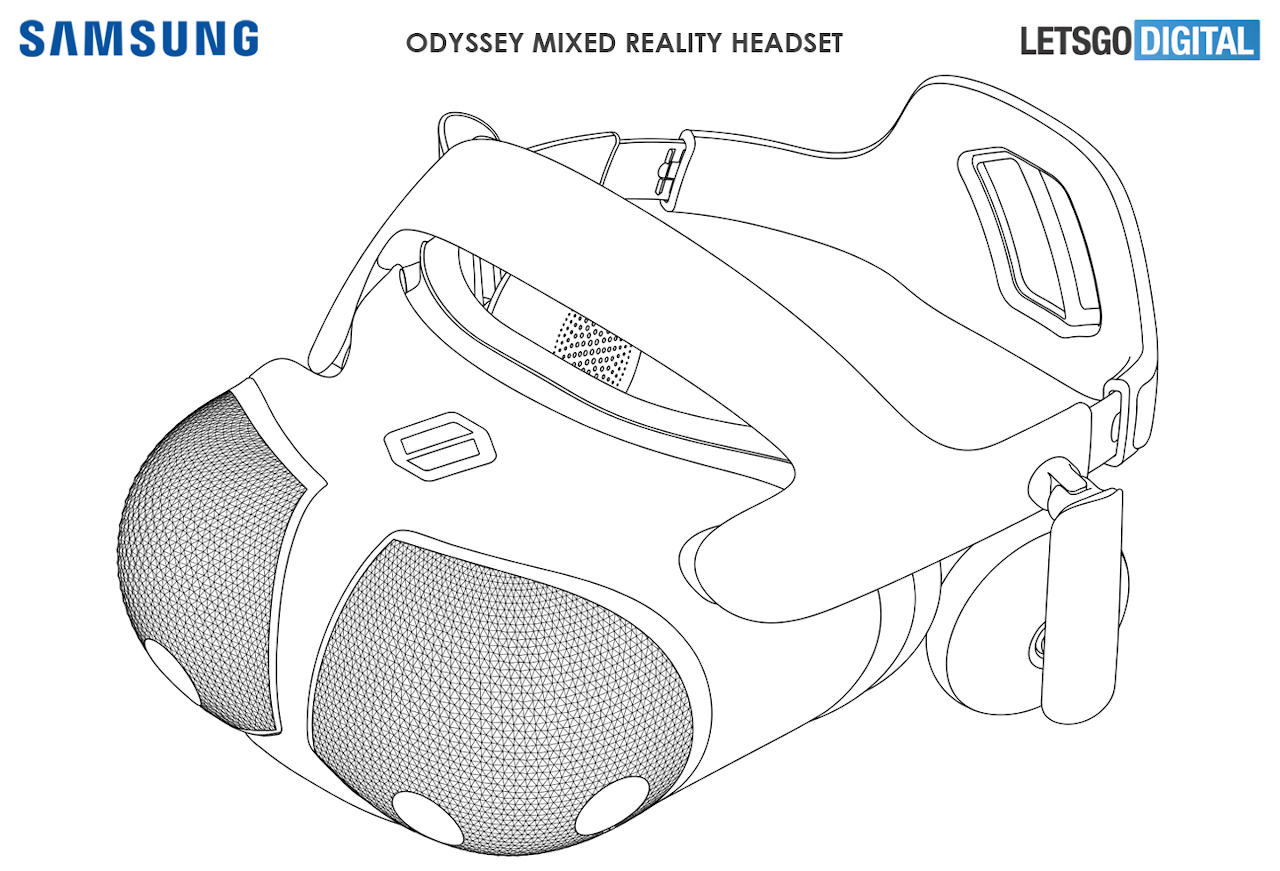 Fortunately, the patent does also suggest that the next Odyssey headset will also be more powerful. While not evident in the renders, the diagrams reveal a total of four cameras on the front, two on each half. This expands the field of view of the headset’s tracking system, potentially detecting even when the user’s arms are stretched out to the sides.

There’s also a significant redesign of the bands and straps that hold the headset in place. While it seems to be designed for improved stability, it doesn’t look that comfortable at all. In fact, it makes the headset look even more like a sci-fi horror prop.