With Samsung‘s latest flagship fully unveiled and, if rumors are true, out in the market next month, it’s time to compare and contrast its features with current and past smartphones. Naturally, DisplayMate is pouncing on the opportunity to test out the Galaxy S6‘s, as well as the Galaxy S6 edge‘s, screens to rank it against Samsung’s own Galaxy Note 4 and, of course, the iPhone 6. Perhaps it isn’t surprising that DisplayMate would conclude that the Galaxy S6 so far has the best OLED display in the market, but it isn’t just because of the pixels.

Granted, Samsung achieved an amazing feat by cramming 2560×1440 pixels inside a 5.1-inch screen. In contrast, the Galaxy Note 4 has the same number of pixels but spread out in a larger 5.7-inch panel. This gives the 2015 flagship a 557 ppi pixel density, higher than the Galaxy Note 4’s 518 ppi and significantly higher than the Full HD Galaxy S5’s 432 ppi. While DisplayMate concedes that there is some advantage to this higher resolution, though only ever so slightly, it is not the only reason why the Galaxy S6 tops everyone else.

DisplayMate rates the smartphone’s display as having the best color accuracy in the market, at least as far as consumer displays are concerned. And that accuracy applies in each of Samsung’s four display modes. The Adaptive Display Mode, in particular, provides more color saturation in order to counter the normally washed out colors that are produced in bright ambient light because of reflective glare. And speaking of ambient light, the Galaxy S6 also has the highest brightness and contrast ratio that makes the display usable even in bright environments. It is interesting to note that when set manually by users, brightness only reaches 432 nits and a contrast score of 72 to 94, already the highest in record. But when automatically adjusted by the ambient sensor, it can reach up to 784 nits and contrasts of 118 to 170. And throughout all of these, the Galaxy S6’s screen boasts of a 20 percent improvement in power efficiency over the Galaxy S5, which is almost a miracle considering it has nearly twice the number of pixels to push around. 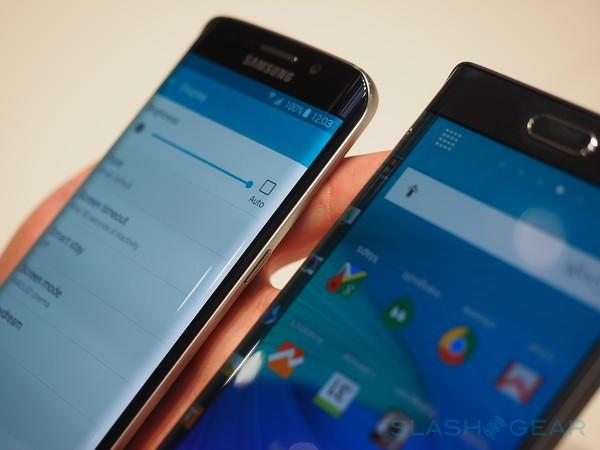 As for the Galaxy S6 edge, DisplayMate makes an interesting observation and prediction. Samsung’s two latest smartphones are practically the same except for the use of a flexible plastic substrate that allows the Edge variant’s display to be bent and stay bent. In performance, however, the two are on equal footing. DisplayMate then predicts that such curved OLED displays could become the future trend, considering there is very little if not no cost in terms of performance.