The United States Patent and Trademark Office (USPTO) has granted Samsung a patent for a folding smartphone, as well as a transparent display for phones. Illustrations show the phone folding horizontally across the display, resulting in a landscape arrangement for certain usage scenarios. The company also patented a different design that features a phone folding in two different places.

The tri-folding smartphone is likewise shown bending horizontally across the display, meaning the user would likely hold it in landscape mode. However, due to an extra hinge, the phone can be arranged in unique ways not possible with a single hinge, such as folding each section so that the phone sits upright in a vertical arrangement.

Based on the patent details, this won’t be a simple hinge, but rather a full system that includes a sensor for enabling the bend. The user will place their finger on the sensor to bend the hinge to what may be preset configurations. A sensor and controller will detect when the phone is bent and to what degree, translating to changes on the display.

The illustrations show both smartphones folding into a wallet-like shape with the tai-folding phone being more compact. We see hints of the interface users may get when the phone is partially folded. One illustration shows an email on one half of the screen and app icons on the other half of the screen. Samsung seems particularly interested in landscape, rather than vertical, orientation.

Illustrations showing emails and icons in different positions and sizes indicate a high level of user customization being offered, though they could also represent different “modes” or design options. 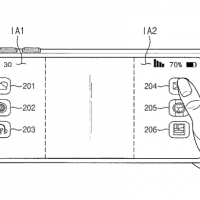 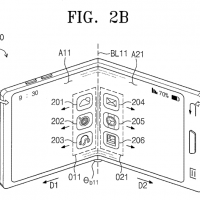 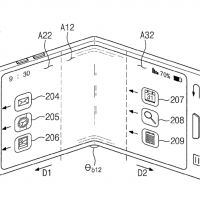 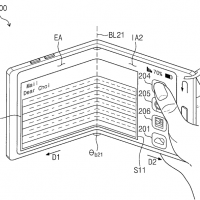 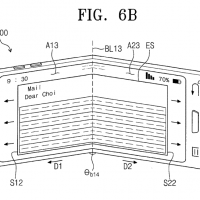 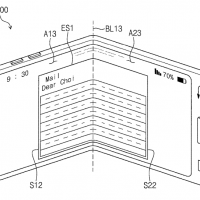 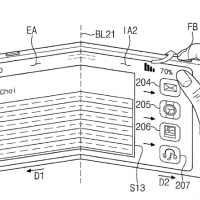 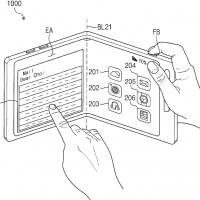 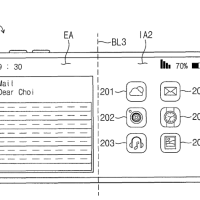 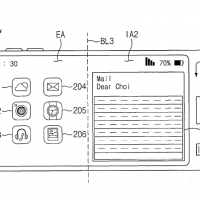 In addition, a patent reveals that Samsung may have interest in a smartphone with a transparent display. We’ve previously seen this technology on a Samsung TV introduced in 2015, though it’s yet to show up in a smartphone. According to the patent, the transparent screen would be “indented” into the phone’s body. Such a device may be intended for augmented reality, enabling the user to see the real world behind the display with digital content overlaid onto it. 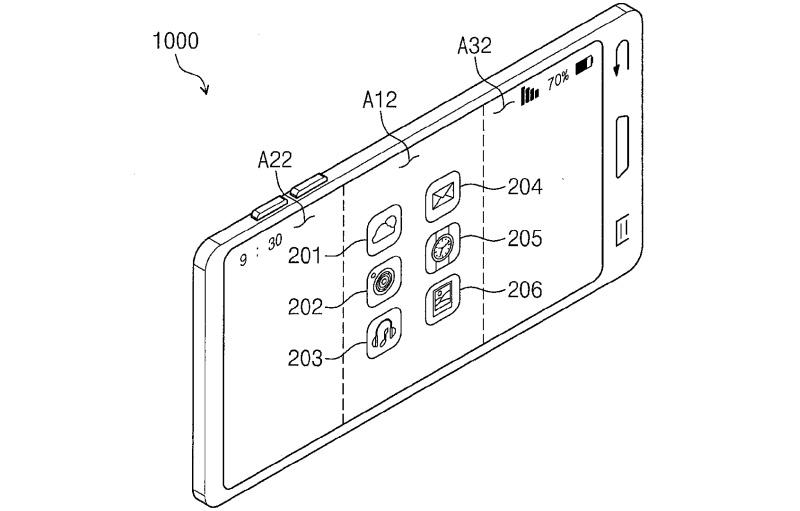 The full patent can be viewed here.